Here is a brief mention of King Narishyant in Markandeya Purana.

Among the eighteen sons of Marut, Narishyant was the eldest. Marut ruled over his kingdom for 70,015 years after which Narishyant succeeded him as the king. Marut went to the forest to do penance. After becoming the king, Narishyant decided to perform a grand Yagya, the like of which had never been accomplished by his ancestors. Narishyant made such huge donations to the Brahmins that it was more than enough for their future generations to come. 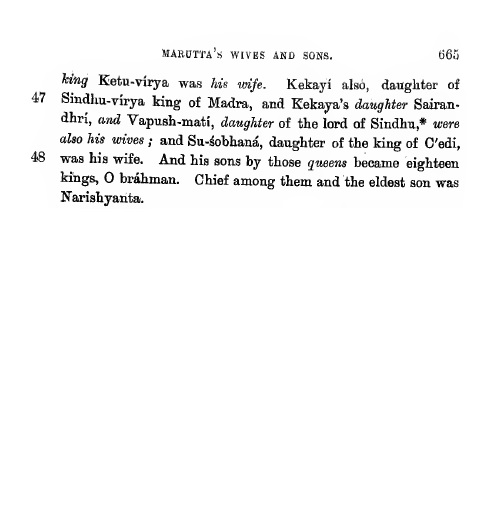 Not the answer you're looking for? Browse other questions tagged puranas .

10
How did Nahusha marry Viraja, daughter of the Pitris?
21
How did Varaha's son Narakasura become evil?
4
Sitadevi had a brother?
9
Who is the eldest son of Lord Shiva?
3
What was Muchukunda's next birth?