Why do Hindu Gods carry weapons?

I always wonder why Hindu Gods carry weapons. I mean they are "Gods", why do they need weapons?

First I feel the terminology of "God" is unsuitable. Unfortunately in English there is no proper translation of Devtā. Deity is closer.

In Hinduism devās are seen as friends and guides and hence human qualities were projected on them. This can be seen throughout the Rig Veda. Hinduism evolved from tribal roots and also assimilated tribal cultures into it. The deities are thus portrayed as how a human helper or a protector would be - with weapons.

The Rig Vedic people didn’t worship in temples but did in fire altars. Given that temples were a later development, lots of metaphorical and philosophical ideas had developed behind the iconography.

In the book "Hindu Iconology - The study of the symbolism and meaning of Icons", Pandit Sri Rama Ramanuja Achari outlines the symbolic meanings behind many aspects of Hindu iconography.

Here are some of them: 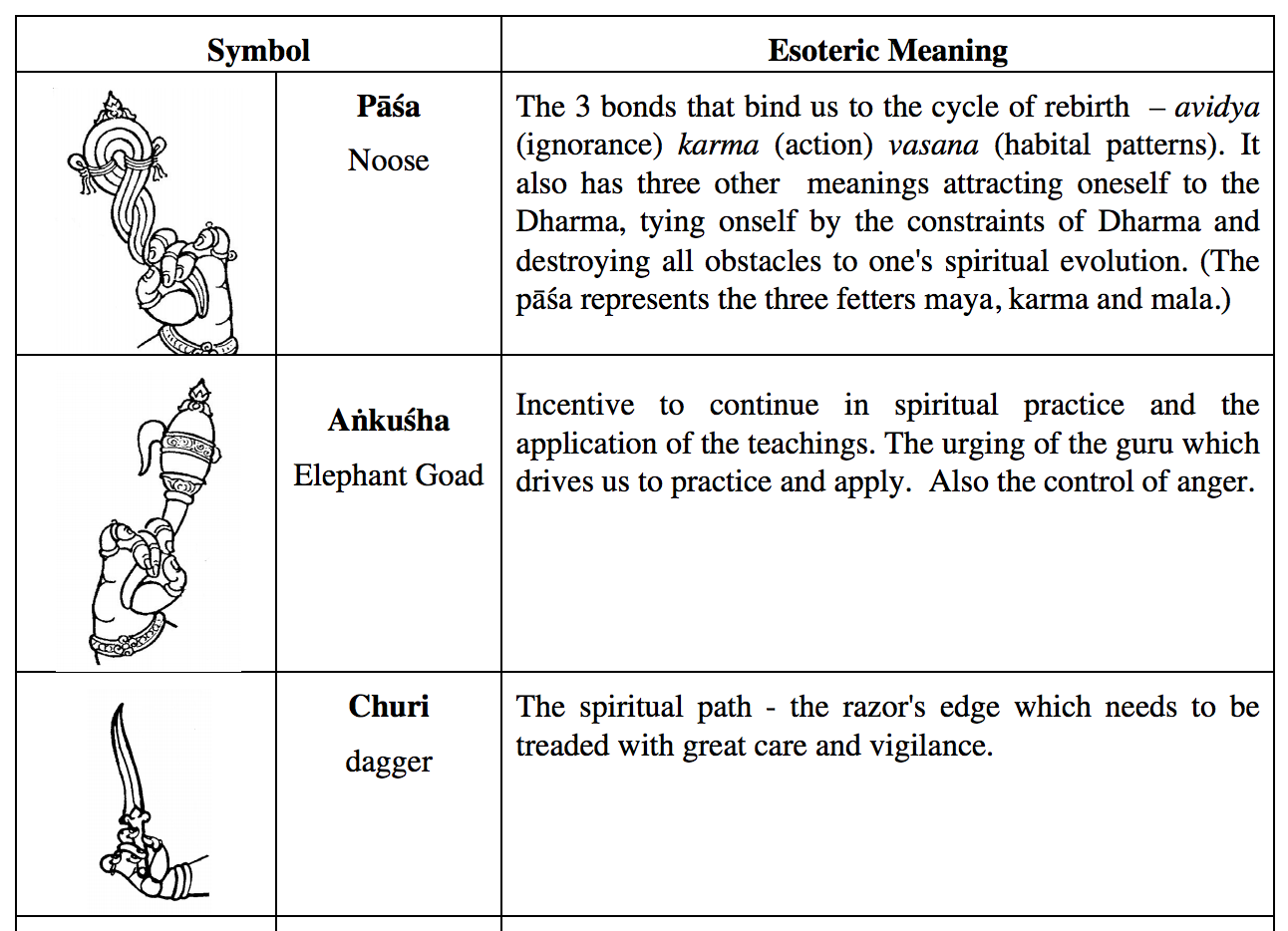 For further information on Hindu iconography refer to this e-book.

Sometimes even the weapons themselves are given human form. For example Sudarshana Chakra is given anthropomorphic form and known as Chakkrath Azhwar in Tamil.

Not the answer you're looking for? Browse other questions tagged gods symbolism weapon .

8
What is the significance of weapons? Why do gods carry multiple weapons?
2
Symbols of mercy in Hinduism?

8
What is the significance of weapons? Why do gods carry multiple weapons?
7
Why do Hindu Gods have multiple organs?
4
How much destructive the earlier weapons were?
5
Why Hindu gods are always depicted with multiple hands and heads but not legs?
7
Why no Divine Weapons in Kali Yuga?
5
What are the weapons used by Indra other than Vajra
7
Is it always a sin to make weapons?
6
Why don't the Vanaras use weapons?