What is the symbolic representation of Swami Natarajar? What is the reason of using him in all classical dances?

I heard about many interesting facts about Swami Natarajar's pose but I am not OK with the answers and I haven't had strong reasons for them. 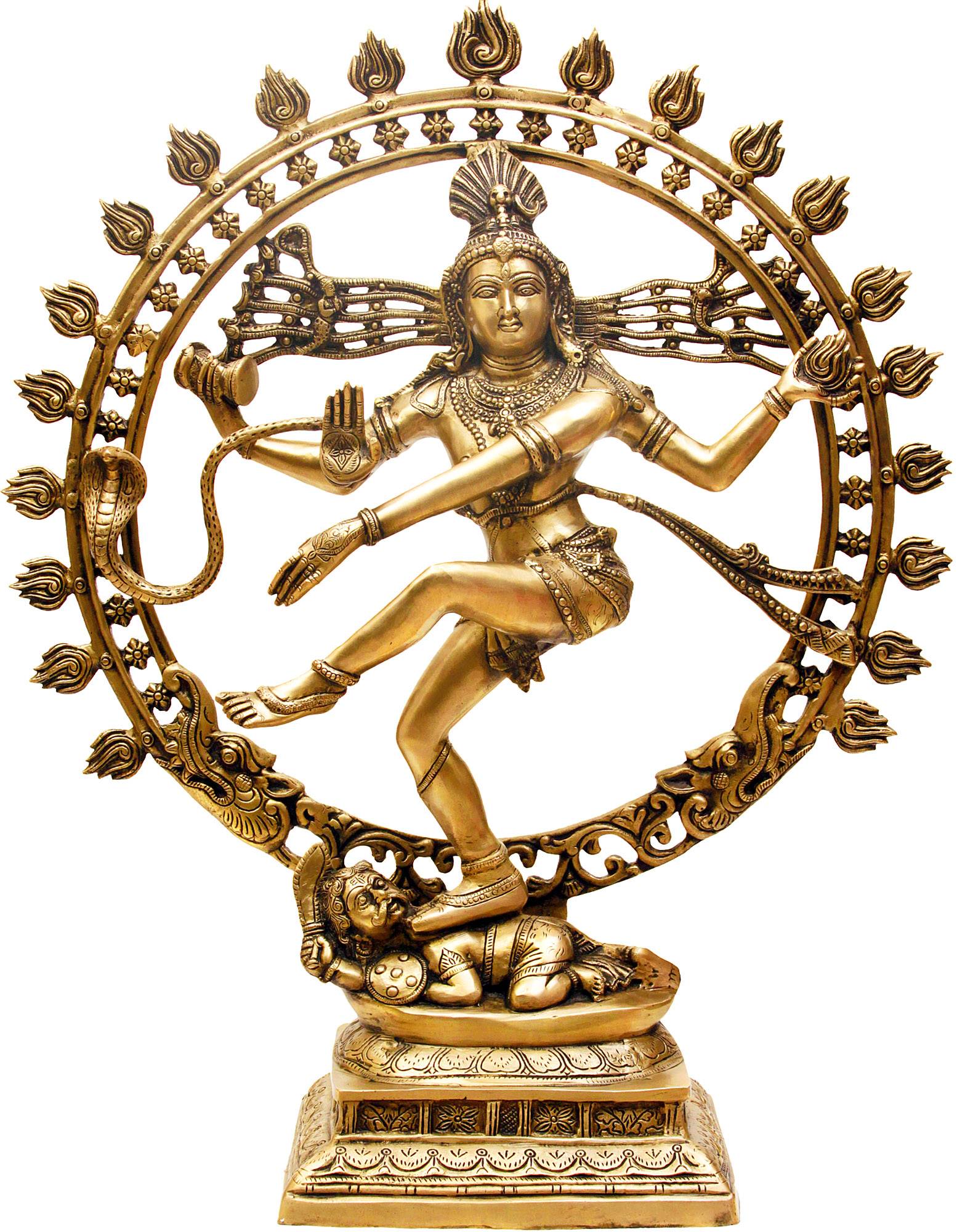 I am looking for the pose of Swami such as Swami having fire in his left hand and standing on a man and lifting his left leg and differently having his snake in his right hands instead of having in his neck and mainly about the round ring which is ignited with fire all over.

I am eager to have some interesting answers.

I have surfed hard and found the answer what I am looking for. I am happy to share.

The Nataraja dances within the universe of illusion. The locks of his hair stand out in many strands as he whirls around in his dancing frenzy. His locks are decked with a crescent moon, a skull, and are interspersed with the sacred river Ganges.

Shiva's unkempt hair, a symbol of a rejection of society, shows him to be an ascetic. This contrasts with his role as a grhastha, or householder, with his wife and family.

The fiery ring surrounding Shiva, prahabhamandala, represents the universe with all its illusion, suffering and pain. The outer edge is fire the inner edge the waters of the oceans. Many Nataraja statues have multiple levels of fire and water.

The goddess of the Ganges is here shown nesting in Shiva's dreadlocks. The river Ganges that flows in Nataraja's hair originally flowed in heaven. When the heavenly Ganges was needed on earth, she was unwilling to fall to earth because she realized that her fall from heaven would be too much for the earth to withstand. Shiva as Nataraja agreed to break the violent power of the sacred Ganga's fall by catching her in his tangled hair, breaking the fall with his hair on its way to the Himalayas and Northern India.

The crescent moon in his matted hair keeps Kama, the god of nightly love, alive. Through the waxing and the waning of the moon, Shiva creates different seasons and rejuvenates life.

Nataraja wears a snake coiled around his upper arms and neck symbolizing the power he has over the most deadly of creatures. Snakes are also used to symbolize the Hindu dogma of reincarnation. Their natural process of molting or shedding their skin is symbolic of the human souls transmigration of bodies from one life to another.

In the back right hand Shiva often holds an hourglass shaped drum or damaru. The drum represents the rhythmic sound to which Nataraja dances and ceaselessly recreates the universe.

The front right hand is in the abhaya-mudra (the "fear not" gesture, made by holding the palm outward with fingers pointing up).

The back left hand carries agni (fire) in a vessel or in his hand. The flames represent the destructive energy with which Nataraja dances at the end of each cosmic age, cleansing sins and removing illusion.

The front left hand is across the chest in the gahahasta (elephant trunk) pose, with the wrist limp and the fingers pointed downward toward the uplifted foot.

His uplifted left foot, grants eternal bliss to those who approach him. The other foot treads firmly upon the dwarf of ignorance, allowing the birth of knowledge.

Nataraja dances above the body of the demon, Apasmara, whom he has killed; in this role he is called Natesa. Apasmara, the dwarf demon, represents the ignorance of teaching that all opposites (for example good and evil) are false.

There is a lot of deep symbolism behind the representation of the Nataraja form of Shiva. This symbolism is connected with the elements and also with dance as you mention:

Natraja is a very beautiful symbol of the union of nature and the Divine. Natraja holds fire in one hand which represents the fire element, and a damru in his other hand which depicts the space element. Many forces in the universe are represented by a shape similar to that of a damru, like a chromosome, or shapes of galaxies and so on. Time also is said to have a conical representation. ∞ is the symbol (shape of the damru) which represents infinity. Shiva’s hair is open and flying representing the air element. One foot on ground symbolizing prithvi (earth element), another in the air. One hand is the symbolic abhaya hasta, symbolizing protection, and the other points to his feet, symbolizing surrender. With one foot already in the air, he has already taken a step towards the devotee while he says “You are dear to me”.

Underneath his feet, there is demon (which represents desires). So he is standing with his foot on top of desires. If desires eat you up then you are in trouble. Only when you rise above desires and you are dancing on it, then it is a dance of joy and bliss.

This is not just imagination, this is the truth. This energy awakens within us and we rise in dance. This is true. The Divine energy pervading the entire creation is eternally dancing.

Excerpts from a talk by Sri Sri Ravi Shankar: https://xa.yimg.com/kq/groups/17184919/.../understandingshiva.pdf

4
Why Shiva is called Nataraja?