Is Raktavija's fight with Shiva ever mentioned in any scripture?

I have always heard about Raktavija and his fight with Durga and Kali and how he is annihilated. But during my visit to Elephanta caves, a tourist guide was telling a different version of story by replacing Kali with Shiva. Is this version of Shiva killing Raktavija is mentioned in any hindu scripture?

The Elephanta caves talk about Andhaka who also had the same boon as RaktaVija.

Here is the Sources 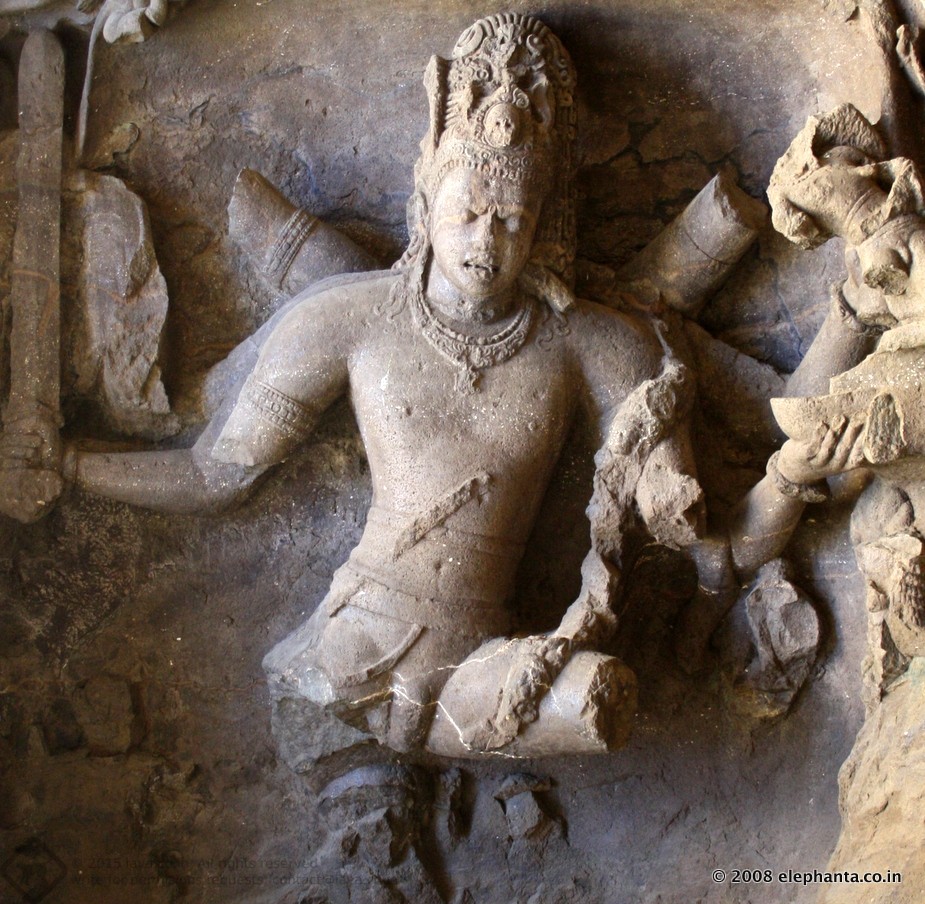 Slaying of Andhakasura : Depicting Shiva slaying a demon called Andhaka. One of the most animated panels in Elephanta. Shiva is represented with eight arms in this panel.

The Danava Guru who kept on reciting Om Namah Sivaya Mantra as a gesture of his regret, Siva released the Danava Guru from His semen. Then Siva applied His Trident to kill Andhaka but for each drop of blood, there was another Andhaka born; Maha Deva ordered Devi Chandika to suck each drop of blood and expanded her tongue for till the Demon’s body was drenched out of blood. Later on Siva lifted the bloodless body of Andhaka, but the Demon prayed to Siva to admit him among the Sivaganas after death.

Not the answer you're looking for? Browse other questions tagged shiva scripture kali .

6
How do Vaishnavites understand the Rudrahṛdayopaniṣad?
8
Do any scriptures apart fom Sabarimala Sthala Purana foretell the birth of Ayyappa?
5
Why is the “Dasa Avataram” concept considered a debatable topic on this site while Scriptures make clear mention of them?
13
How did Tripura Sundari come into existence?
14
Sahasra Mukhi (Thousand Faced) Raavana Killed by Sita
3
How can Ashwatthama be an incarnation of Lord Shiva?
5
Does any scripture mention that forms of God or Goddess are symbolic?
7
The Four Curses and a Boon by Devī Sītā