Lord Shiva as Adi Yogi taught Yoga to seven sages and in turn these seven sages spread across the world. Is this theory a new look to our mythology?

Sadhguru Jaggi Vasudev is well known for his Isha Foundation and his yogic practices.

He came up with a theory, a seemingly new one regarding Lord Shiva and the origin of yoga in India.

In the yogic culture, Shiva is not seen as a God. He was a being who walked this land and lived in the Himalayan region. As the very source of the yogic traditions, his contribution in the making of human consciousness is too phenomenal to be ignored. This predates all religion.

Over 15,000 years ago, Adiyogi appeared in the upper regions of the Himalayas. No one knew where he came from or what his origins were. He just came and went into intense ecstatic dance upon the mountains.

People saw that he was experiencing something that nobody had known before, something that they were unable to fathom. So they gathered around him wanting to know what it was. But no one had the courage to go near him because he was so intense, like a blazing flame of fire. So they waited, hoping something would happen. Some people waited for months and left and Only seven hardcore seekers stuck on. These seven were insistent that they must learn from him, but Shiva ignored them. They pleaded and begged him, “Please, we want to know what you know.”

At last after 84 years of intense sadhana,he decided to become a Guru. On a full moon day which is known as Guru Pournami because the Adiyogi transformed himself into the Adi Guru – the first Guru was born on that day. He took the seven disciples to Kantisarovar and started a systematic exposition of yoga in a scientific manner. He began propounding the whole mechanics of life to these seven people, not intellectually as a philosophy, but experientially. He explored every nut and bolt of creation with them. He brought forth yoga as a technology with which every human being can evolve himself.

The transmission went on for a long period of time. After many years, when it was complete and had produced seven fully enlightened beings, who are today celebrated as the Sapta Rishis, Adiyogi sent each one of them to different parts of the world. One went to Central Asia. Another went to North Africa and the Middle East, where certain schools exist even today. Another went to South America, and that is one culture that imbibed it in a deep way and made something big out of it. One went to East Asia.

One stayed right there with Adiyogi. Another one came to the lower regions of the Himalayas and started what is known as Kashmiri Shaivism. Another one went south into the Indian Peninsula. This one is very important for us because he is Agastya Muni. Of the seven Sapta Rishis, Agastya Muni has been the most effective in terms of bringing the spiritual process into practical life, not as a teaching, philosophy or a practice, but as life itself. It is the benefit of what he did that the Indian people are still enjoying because he produced hundreds of yogis who were like fireballs." and it goes on.

This is a new look at the beginning of Yogic tradition in India.

What is the basis for this story? Was it taken from some Purana or was it an oral tradition?

Is this a true one or a speculated theory?

If it's a speculated then it adds to more confusion caused by the Puranas.

The Dakshinamurthy is the adiyogi. His idol is there in all south indian temples facing south.

It is not new and is there in yogic tradition.But the fact is that the traces of the pure yogic tradition and its essence is more or less destroyed in the north india after years of long invavsion. But the south particularly tamilnadu was free from severe invasion of outsiders.

see this pic with seven sages in one of the old indian temples in madurai. 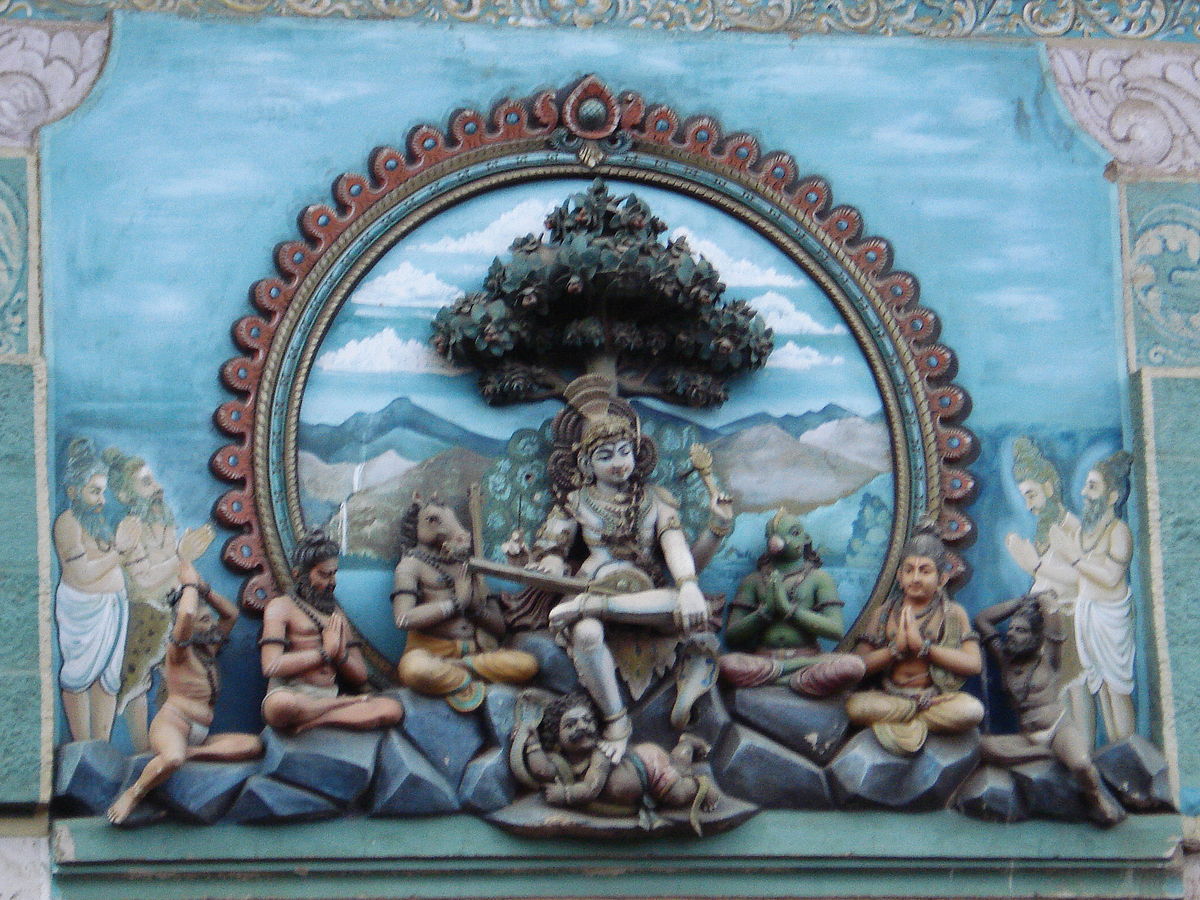 Sadhguru in many of his Satsangs told Adiyogi IS Dakshinamurthy He explained hat since Adiyogi sat facing South in Himalayas, people called him Dakshinamurthy.

The Devon ke Dev Maha dev tv series showing Shiva as Adiyogi ( Thats how Parvati calls him in one of her births ) teaching yoga to Parvati. This tv serial as they claim they have taken references from Shiva Purana.

Also i remember reading in Shivapurana that Shiva is Adiyogi. 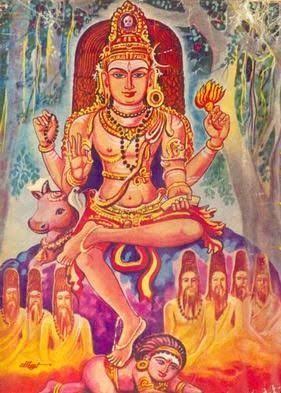 Yes what Sadhguru says is true. He is talking about Dakshinamurthy version of Shiva. Many Yogic traditions such as Babaji parampara ,Nath sampradaya , Aghoris and those who follow Dakshinamurthy with yogic perspective consider him as Adinath or Adiyogi.Its interesting how Jain's call their first Tirthankar as "Adinath".What's even more interesting is his name. Which is "Rishabnath" (Lord of bull). Take whatever yogic sampradaya/parampara. Their origin touches Adiyogi/Adinath Shiva. The story of Shiva being Adiyogi is also present on Shiva Rahasya Puran which is based on his teachings as Adiyogi. The text is based on Yoga. Do read it. It contains deepest secrets . The contents from that book is first yoga teachings ever it seems. https://en.m.wikipedia.org/wiki/Shivarahasya_Purana

12
What scriptures mention Shiva's Dakshinamurthi form?
2
What are the contributions of all seven disciples of Adiyogi?

4
What does veda have to say about yoga-marga?
10
Who is Agastya's brother in the Ramayana?
0
Yoga Sutra by Jaimini?
10
What is the story of Vasishta and Agastya's brother Matsya?
1
What scriptures describe using Red Arsenic for invisibility?
9
What scriptures mention correlation between Kailasa and Sahasrara?
6
Was Rishi Agastya the uncle of Ravana?
12
Does the Adiyogi of Sadhguru have a scriptural basis
5
Who is Yogeshwara? Is it Lord Krishna or Lord Shiva?