How and when did Arjuna conquer sleep?

Arjuna is also known as Gudakesha meaning The one who has conquered sleep and who is not affected by sleep.

I am the Self, O Guḍākeśa, seated in the hearts of all creatures. I am the beginning, the middle and the end of all beings.

What is the story of Arjuna conquering sleep and how did he do that? Are there any more Gudakesha people in this world?

According to a story I know, Arjuna was so desperate of being a great archer as his guru Dronacharya blessed him so.He started practicing archery in the night without caring about sleep and tiredness. So he conquered sleep in that way I think.

This story I found somewhere on the web.Now I could not find it anywhere.So I could not paste the links for you.

Another literal meaning of 'Gudakesha' is 'he of the curly hair':

If you notice the Ganguli translation of The Mahabharata at sacred-texts.com, he seems undecided about how he should translate the word 'Gudakesha' initially as it's evident from this line of Adi Parva:

"Vaisampayana said, 'When the heroes of the Vrishni race began to speak repeatedly in this strain, Vasudeva uttered these words pregnant with deep import and consistent with true morality. Gudakesa (the conqueror of sleep or he of the curly hair), by what he hath done, hath not insulted our family. He hath without doubt, rather enhanced our respect. Partha knoweth that we of the Satwata race are never mercenary. The son of Pandu also regardeth a self-choice as doubtful in its results. Who also would approve of ...

However, at most other places, he went with 'the curly hair' meaning of the word, including BG 10.20 you quoted in your question:

'Well, unto thee I will declare my divine perfections, by means of the principal ones (among them), O chief of the Kurus, for there is no end to the extent of my (perfections).

I am the soul, O thou of curly hair, seated in the heart of every being, I am the beginning, and the middle, and the end also of all beings...

Also, in Udyoga Parva, while advising Duryodhana to mend his ways, Bhishma refers to Arjuna as "Partha, of eyes like lotus-petals, and curly hair...":

And let that foremost of smiters, Bhima, possessed of leonine shoulders and thighs round, and long, and mighty arms, embrace thee. And then let that son of Kunti, Dhananjaya, called also Partha, of eyes like lotus-petals, and curly hair and conch-like neck salute thee respectfully. Then let those tigers among men, the twin Aswins, unrivalled on earth for beauty, wait on thee with affection and reverence as on their preceptor.

Another translation available at IndianScriptures.com also translates the above almost exactly: 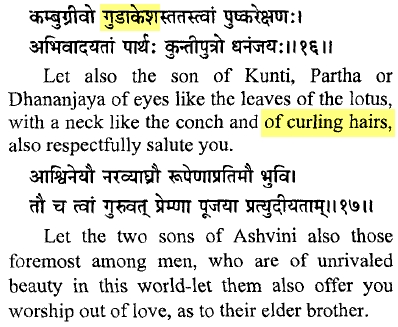 Later on, in Aswamedha Parva, Ganguli also footnotes that:

"Vaisampayana said, 'The heroic son of Sakuni, who was a mighty car-warrior among the Gandharas, accompanied by a large force, proceeded against the Kuru hero of curly hair.1

144:1: The etymology of Gudakesa as the lord of Gudaka or sleep, is fanciful.

Within The Mahabharata, if there was any clear evidence of Arjuna being called Gudakesha for having conquered sleep, I'm sure Ganguli would have went with that meaning in his translation.

Also, if Arjuna was especially proud of the fact that he had conquered sleep, I'm sure he too would have recited it as one of his names in his introduction to Uttara; but then he doesn't:

"Arjuna said, 'I will, O son of Virata, tell thee my ten names. Listen thou and compare them with what thou hadst heard before. Listen to them with close attention and concentrated mind. They are:

So given that, to answer your second question:

Are there any more Gudakesha people in this world? 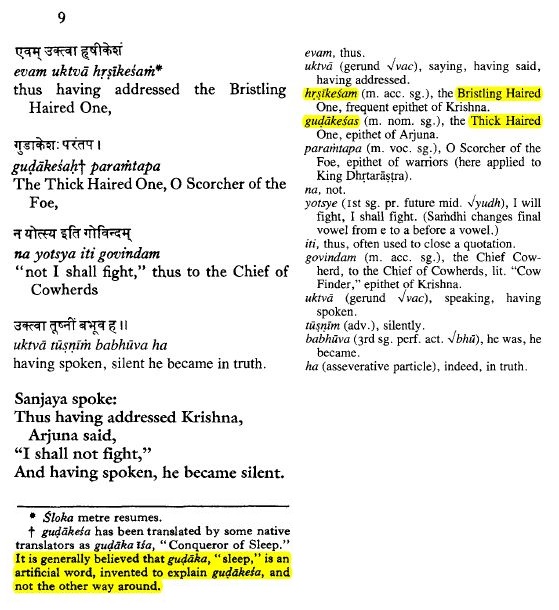 Since a Sanskrit word can have different meanings, we need to take the context to determine the correct one. Take this verse for e.g. :

Since Vyasa is immediately referring to Arjuna in the next word as Gudakesha, there is no point in pointing out his curly hair in that context, but rather to show that the conqueror of sleep is talking to the conqueror of senses. And the next word after that is Parantapa (scorcher of foes). Again it is unlikely to point out his curly hair just before calling him a great warrior.

One more thing to note with all translations - The original is in Sanskrit. People who translate it into English, which is a western language, use their western cultures & mindset to interpret the words. To get original intent, you need to listen to proper gurus who have devoted their lives to spirituality, are of satvik guna etc. The best way to get this is through upanyasams (spiritual discourses).

Back to your question of when he conquered sleep:
During Gurukul under Dronacharya, Arjuna was eating at night under a lamp, when a wind blew the lamp out. But his hand automatically placed the food in his mouth even though it was pitch dark. He realized he did not need light to control his arm. So he started practicing shooting in the dark (at night without sleeping).

Regarding other people who conquered sleep:
Vishvamitra gave 2 mantras - Bala & AtiBala to Rama & Lakshmana when he took them to protect his Yagna. I'm not sure which corresponds to which - but one of the mantras conquers hunger and the other conquers sleep.

Source - Mahabharata by Vyasa and Ramayana by Valmiki.

Vishwanath Chakravarty gives two explanations of Gudakesa in Sarartha Varshini, his commentary on bhagavadgita. In one explanation, he took sleep as maya.

Here is the significance of the word Gudakesa. Akesa means Visnu (a), Brahma (ka) and Siva (isa). Gudakesa means Arjuna who gives them (akesa) the experience of the sweetness of the Lord’s affection just as sugar (guda) gives the experience of sweetness.(Literally the word would mean “He who is the sugar for Brahma, Visnu and Siva.”). Therefore, Gudakesa refers to he who, by bringing Krsna under his control, gave Visnu, Brahma, and Siva the opportunity to experience Krsna’s sweetness. Where the Supreme Lord Krsna, the crown jewel, source of all avataras, being controlled by prema, followed the orders of His servant Arjuna, how could Visnu, Brahma and Siva, His expansions as guna avataras, show off any of their powers? Instead, they felt they had reached the pinnacle of perfection by manifesting affectionate feelings for the Lord themselves (inspired by Arjuna). The lord of the spiritual sky (Mahavisnu) said: dvijatmamaja me yuvayor didrksuna I brought the brahmana’s sons here because I wanted to see the two of you. SB 10.89.58.

Gudakesa can also mean the lord (isa) of sleep (gudaka), the controller of the senses. Even Krsna, who is the direct controller of bhakti , became controlled by Arjuna’s prema. Thus Arjuna was able to conquer despicable maya or sleep.

Gudakesa means the lord (isa) of sleep (gudaka). Arjuna had conquered sleep by complete absorption in remembrance of the beauty and qualities of his close friend, bhagavan Sri Krsna.

Parikshit also seems to have conquered sleep as well as hunger while he was hearing bhagavatam.

The dictionary meaning of Gudakesha is :'a person with thick hair':

But so far as my limited knowledge goes, it can mean the one who has perfect control over sleep also. Someone who is able to sleep or remain awake as per his own desire can be called Gudakesha.

I do not understand what is so much complicated or surprising in this! Any great soldier has of course to have full contol over his sleep.All the brave soldiers of the Indian Army (or any Army for that matter) has to conquer sleep. Arjuna being such a great warrior and one vibuti of Sri Krishna (Pandavaanam Dhananjayah) must have had full control over sleep and so he was called Gudakesha.

We must also remember that sometimes these names have been used to complete the eight letters required to maintain the anustup chhanda (and Indrabagra/Upendrabagra in other places of Gita) and therefore so much analysis of these terms seems not that important to me.

Not the answer you're looking for? Browse other questions tagged puranas bhagavad-gita arjuna .