Postures of body while worship the god or during prayer?

What is right way to hold the hand while doing the prayer? I found some images from http://www.spiritualresearchfoundation.org/spiritual-practice/prayer/how-to-pray/ 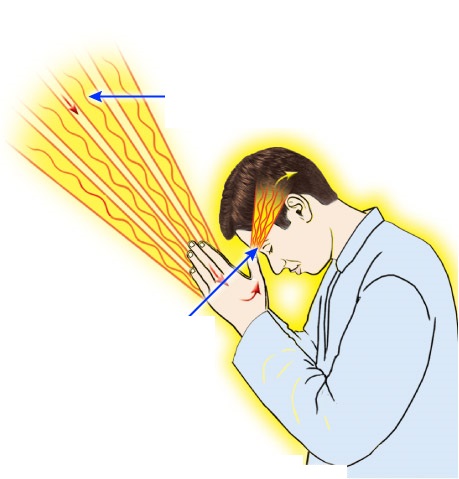 But this blog is too long. Can someone provide short answer?

I'm not sure if Puranas and Vedas provide the Scientific explanation/speculation for various position of hands and fingers while worshiping the God. Very less information is present about Chakras in Puranas.

Neither those nuance and subtle things (of given website) have proper scriptural evidence nor they were recounted by a sage in Advanced Tapasya. So, these instructions of Agni Purana can be followed without considering them.

Not the answer you're looking for? Browse other questions tagged prayer .

7
How do shoes affect prayers? Are they prohibited?
7
By what prayer Arjuna prayed Lord Shiva while obtaining Pashupatastra?
3
Why did Ghosha's personal prayer become part of RigVeda?
9
What is the difference between prayer and worship?
4
What is the foundation behind the concept of prayer in Hinduism?
3
Proper response when we pray, but outcomes are negative?