Can a Dalit caste person be a priest?

If a person belonging to the Dalit caste is chosen to be a priest, is that allowed? I do understand that Gita says varna is by actions and not by birth. Although, in practice, we see a lot of discrimination based on the family a person is born in.

Active Oldest Votes
11
Want to improve this post? Add citations from reputable sources by editing the post. Posts with unsourced content may be edited or deleted.

Can a Dalit become a priest?

According to this Hindustan Times news article: 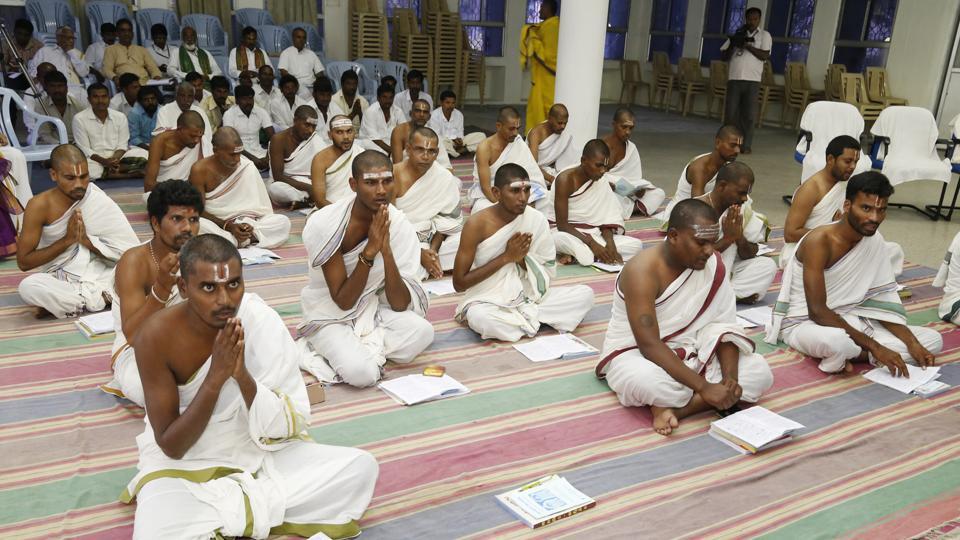 [More than 200 people belonging to SC, ST and fishermen communities are being trained by Tirumala Tirupati Devasthanams to appoint them in temples the trust is constructing across Andhra Pradesh.]

The Tirumala Tirupati Devasthanams (TTD), which manages the country’s richest religious centre, has decided to appoint Dalits, Adivasis and fishermen as priests in temples it's building across Andhra Pradesh to push for social inclusion.

Traditionally, only Brahmins can hold the distinguished position in the temple even as the Supreme Court in a landmark judgment stated that the eligibility for priesthood should be based on the knowledge of rites and traditions, and not the caste.

Although there is a catch:

Unlike the TDB [Travancore Devaswom Board], the Devasthanams [TTD] will, however, not appoint the trained priests from the backward communities in the “regular temples” it operates. Instead, the trainees will be accommodated as priests in temples it is constructing in various Dalit colonies, tribal areas and fishermen villages across the state.

In all the existing temples the independent trust operates, only traditional Brahmin priests perform the rituals and pujas.

The following explains the possible reason behind this shift in attitude towards dalits.

A senior TTD official, who refused to be quoted, said the main objective of training SC, ST and BC priests and appointing them in temples in their own villages is to prevent religious conversions.

"In many parts of the state, people belonging to backward communities are being lured into other religions like Islam and Christianity, because of caste discrimination among Hindus," he said.

"The TTD has taken up this programme to remove the social stigma and give these people a sense of belonging in Hinduism," the official said.

Additionally to the above answer, other social movements within Hindu religion have also advocated and practised Dalit preists in past too:

Shahu’s other initiatives included restricting child marriage in his state and the encouragement of intercaste marriage and widow remarriage. He long patronized the satya shodhak samaj but later moved towards the Aryasamaj. Under the influence of these social-reform movements, Sahu arranged for several non-Brahmin youths to be trained to function as priests, in defiance of timeless convention which reserved the priesthood for those of the Brahmin caste. However, he faced opposition from many, including Lokamanya Bal Gangadhar Tilak , the very famous patriot of that time. In 1911 a thread giving ceremony was performed among Vashisht, a Dalit community in khairpur, nathamshah in Sind.

Not the answer you're looking for? Browse other questions tagged belief caste-system .

18
Can a Sudra become a Brahmin in 'this' birth?
12
Examples of Varna migration in Hindu mythology?
13
Can a person change his caste in Hinduism?
12
Can Lingayats be considered as a part of Hinduism?
8
Are there any temples exclusively for women?
10
Converting to Hinduism and Caste

18
Can a Sudra become a Brahmin in 'this' birth?
13
Any references where varna/caste is determined independent of birth/parentage?
3
Are there complaints in the scriptures about the iniquties of the caste system?
4
Are Varna and Caste same or different?
3
Bahujan Samaj are Vaishya not Shudra