Why are owls considered inauspicious?

I remember in my childhood many elders advised me to avoid seeing owls.

That bird is considered inauspicious by many in the Hindu community. The most common reason cited for owls being inauspicious is that they have been associated with bad luck and death, and hence avoid them.

Contrary to this belief, an owl is generally depicted as the Vahana (mount) of Goddess Lakshmi who in Hinduism is considered the deity of wealth and prosperity. 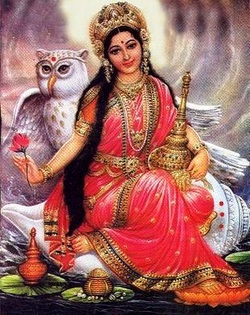 Do any Hindu scriptures associate owls with bad luck and death? If not then what could be the reason for owls being believed to be inauspicious?

belief animals omens
Share
Improve this question
edited May 14 '19 at 20:32

Owls and pigeons are mentioned in Vedas(Atharva Veda to be specific) as the messengers of Nirrti,the Goddess of misfortune ,destruction,poverty etc and hence they are considered inauspicious.

Nirrti also known as Alakshmi is considered to be Goddess Lakshmi's sister.

The owl and the pigeon are referred to in the above quote as the two messengers.

Auspicious and inauspicious events can be identified with some changes (such as excitements) in nature. Exited sounds and cooing sounds of birds denote bad and good omens respectively. Owl is considered to be nocturnal bird and it indicates bad omen if it flies during day times. Actually, it depends on time, place, direction, karana, sound and species. This is explained in detail in Agni Purana Chapter 231.

So, we need to examine subtle to holistic changes in nature to understand how these characteristics of animals, birds foretell omens. Please read (Ch- 229- 233) in Volume 2 of Agni Purana for information on these omens.

According to ancient texts, Lakshmi is always accompanied by Alakshmi who is a twin sister of Lakshmi but personifies Daridra (poverty), Kalaha (strife) etc. It is considered inauspicious to portray Alakshmi, hence art scholars are of the opinion that an owl was chosen to represent her.

When Lakshmi and Alakshmi(owl) as seen together, a balance is maintained but an owl as a sole entity is hence considered inauspicious.

There are different stories around Alakshmi but all trickle down to the same conclusion that she represents negativity.

PS: This answer is just based on my readings. I don't actually believe in such superstitions.

Not the answer you're looking for? Browse other questions tagged belief animals omens .

3
Significance of lizard falls on our Human Body
6
Is breaking of glass and fire going off from lamps a bad omen?

8
Why Sarasvati is considered as goddess of knowledge?
14
Is sitting on a camel in a dream inauspicious?
7
Why children born in Moola, Ashlesya, Jyeshta and Maga Nakshtras (stars) are considered inauspicious?