Is Brahmi Script older than Devanagari Script? If yes, how this can be reconciled with ॐ Parvat?

Sanskrit Language is believed to have no written native script. History says Brahmi Script was used for Sanskrit Language during the reign of legendary Emperor Ashoka which was around 3rd century BC. But there are some claims that Brahmi script was even used before period of Ashoka.

And ॐ (OM) Parvat is a mountain in Himalayas which is situated partially in India and Nepal. Snow clad OM parvat looks like Shabhda Brahman ॐ. 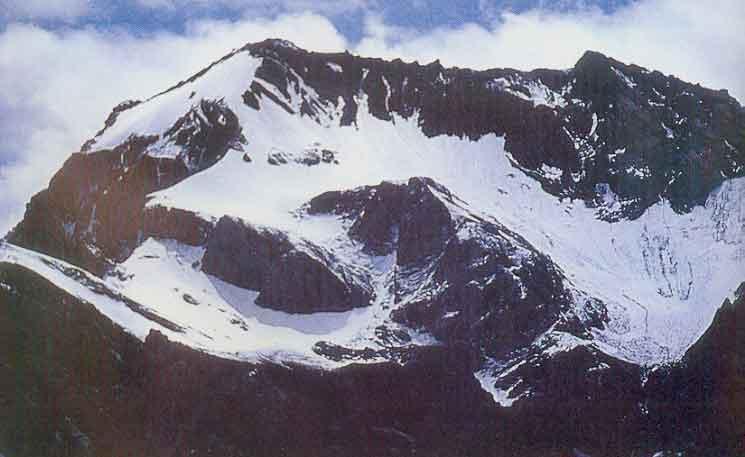 OM symbol is generally written as ॐ in Devanagari. OM in OM Parvat is similar to "OM" of Nagari Script and Devanagari Script. Himalayas were formed 50 million years ago and so was the OM Parvat. Even according to Mythology, Himavat, personification of Himalayas and father of Parvati and Ganga was born at the beginning of Vaivasvara Manvantara as he was present during the marriage of Shiva and Parvati. So, OM Parvat was an ancient one.

So, Is Brahmi Script older than Devanagari Script? If yes, how this can be reconciled with OM Parvat? Is OM symbol same for all Scripts, which I think not correct? I asked a question how OM is represented in Brahmi Script here.

Reset to default
2
Want to improve this post? Add citations from reputable sources by editing the post. Posts with unsourced content may be edited or deleted.

But this view of Brahmi script older than Sanskrit (Devanagari) appears WRONG because it is an accepted view that VEDAS were codified by VEDAVYASA who lived in PURANIC times believed to be 7500 years to 5500 years back. The prayer by Vedavyasa to PEN them down to GANAPATHI and who oblized the same being believed to be true , then SANSKRIT in which VEDAS are available today seems to have been WRITTEN before 2800 years back, the times of BRAHMI lipi formation and that SANSKRIT LIPI is not a derivative lipi from Brahmi.

Not the answer you're looking for? Browse other questions tagged history sanskrit om .

9
How ॐ (OM) is written in Brahmi Script?

9
How ॐ (OM) is written in Brahmi Script?
4
Can anyone here tell me how a Sanskrit word changes if prefixed with प्र , वि, अ, परि ।