Most people may know that Sanjeevini(संजीवनी)is a lithophytic plant. In Hinduism, this plant is well known, and it is mentioned in the Hanuman Chalisa as well as below:

Meaning: You brought the Sanjivini, the life saving herb and revitalized Lakshman. Out of elation, Rama embraced you

Sanjeevini(संजीवनी) is mentioned in the Ramayana when, during the battle between Rama and Ravana, Ravana's brother Vibhishana killed Ravana's horses, so Ravana got down from his chariot and threw a powerful spear at Vibhishana, but Lakshmana shot the spear down with three arrows. Angered by this, Ravana threw an even more formidable spear at Lakshmana, fatally wounding him. Sugriva's father-in-law Sushena sent Hanuman to retrieve the herbs called Vishalya Karani, Savarni Karani, Sanjiva Karani, and Sandhana Karani from the peak of Mount Oushadi. Hanuman couldn't identify the herbs on that mountain, so he brought the mountain peak itself to Lanka, and then Sushena used the herbs to heal Lakshmana.

Hence Hanuman is famously depicted carrying this mountain itself like in below image: 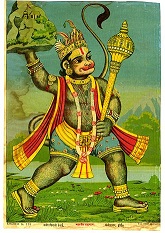 So, the medical benefit of Sanjeevini was very much known,and it was generally considered as "life saving" Herb (Sanjeevini word itself loosely translates to One that infuses life).

But my question is: Is there a mention of use of this Sanjeevini plant during Mahabharata war? For sure, many important warriors from both side of war would have been benefited by this herb had it being used to cure those warriors.

Or this "knowledge" about Sanjeevini and other herbs as life saving herb was lost with time?