There is a popular verse: 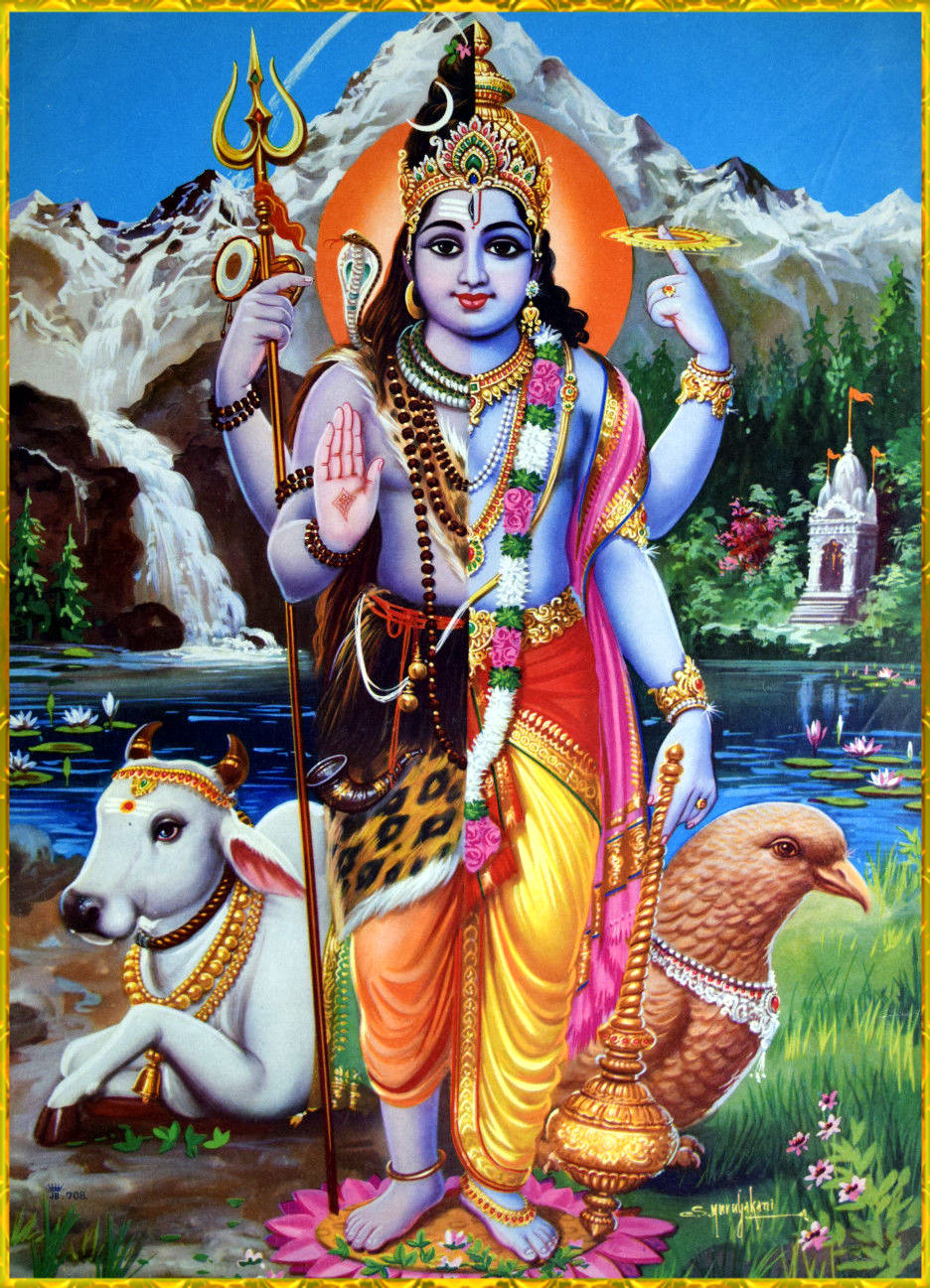 Is there some statement in scripture calling Vishnu as Lord of Shiva and Shiva as Lord of Vishnu ? If it is, where is it stated ?

Also in Harivamsha Parva of Mahabharata in 2.125.29

Equality of Lord Shiva and Lord Vishnu's equality are shown not one time but many times in Mahabharata Tezz reply is also very good! and I like that

Vaisampayana continued, "Phalguna then beheld him-- Mahadeva--that god of blazing splendour-that wielder of the Pinaka-that one who had his abode on the mountains (of Kailasa)-- accompanied by Uma. Bending down on his knee and bowing with his head, that conqueror of hostile cities-the son of Pritha worshipped Hara and inclined him to grace. And Arjuna said, 'O Kapardin, O chief of all gods, O destroyer of the eyes of Bhaga, O god of gods, O Mahadeva, O thou of blue throat, O thou of matted locks, I know thee as the Cause of all causes. O thou of three eyes, O lord of all! Thou art the refuge of all the gods! This universe hath sprung from thee. Thou art incapable of being vanquished by the three worlds of the celestials, the Asuras, and men. Thou art Siva in the form of Vishnu, and Vishnu in the form of Siva. Thou destroyedest of old the great sacrifice of Daksha. O Hari, O Rudra, I bow to thee. Thou hast an eye on thy forehead. O Sarva, O thou that rainest objects of desire, O bearer of the trident, O wielder of the Pinaka, O Surya, O thou of pure body, O Creator of all, I bow to thee.

"Sanjaya said, 'Then Partha, with a cheerful soul and joined hands and eyes expanded (in wonder), gazed at the god having the bull for his mark and who was the receptacle of every energy. And he beheld the offerings he made every night to Vasudeva lying by the side of the Three-eyed deity. The son of Pandu then, mentally worshiping both Krishna and Sarva, said unto the latter, 'I desire (to obtain) the celestial weapon.' Hearing these words of Partha desiring the boon he sought, god Siva smilingly said unto Vasudeva and Arjuna, 'Welcome to you, ye foremost of men! I know the wish cherished by you, and the business for which you have come here. I will give you what you wish.

You can see that there is clearly written that Arjuna got all the offerings in right side of Rudra that he made to krishna every night.

O son of Pandu, Rudra should be known to have always Narayana for his Soul. If that deity of deities, viz., Maheswara, be worshipped, then O Partha, is the puissant Narayana also worshiped. I am the Soul, O son of Pandu, of all the worlds, of all the universe. Rudra, again, is my Soul. It is for this that I always adore him.

Here Rudra is Vishnu's soul and Vishnu is Rudra's soul.

but if you want it on a larger scale just go on my blog:—

Equality of Lord Rudra and Lord Vishnu in Mahabharata http://shivaandvishnu.blogspot.in/2017/09/equality-of-lord-rudra-and-lord-vishnu.html?m=1

Not the answer you're looking for? Browse other questions tagged vishnu mahabharata shiva scripture .

44
Why doesn't Shiva worship anybody where as Vishnu worships him in all his incarnations?
4
Has Siva spoken in favor of the varnashrama system?
6
Why does ISKCON translate bhagavan as 'Supreme Personality of Godhead' and others as demigod?
3
On what basis do some people claim Krishna is really the only ultimate God?