What names of Lord Shiva used today are from Vedas?

Generally people have a severe misconception that Shiva is represented by the name 'Rudra' only in Vedas. Various names used today used for Lord Shiva are from Vedas. 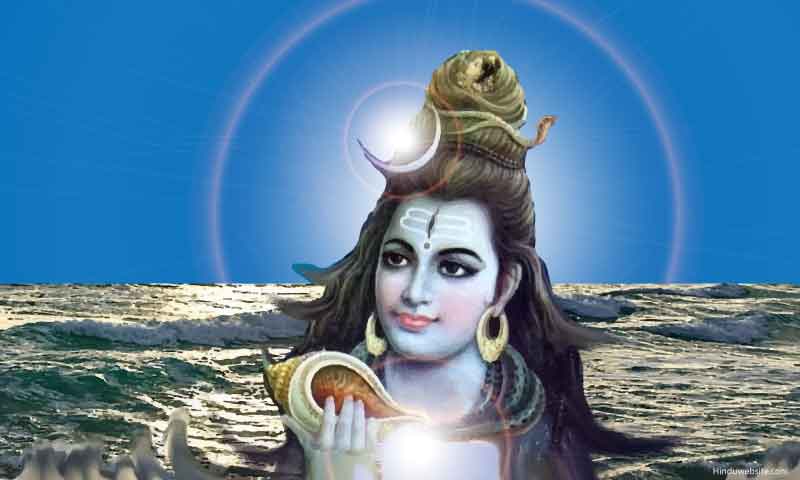 Some names are only in Puranas and Mahabharat whereas some names are directly from Vedas. Shiva is known by various names like Sambhu, Shankara, Bholenath, Nilakantha, Mahadeva, Maheshwara and so many other names.

What are the most popular names of Lord Shiva used today which are taken from Vedas? And What is the meaning of those names?

Here I have prepared famous names of Lord Shiva which are directly from Vedas. I have also attached commentary of either Lord Krishna or sage Vyasa from Mahabharat to understand meaning of those names. Here are the names:

Since by all his acts he performs sacrifices for all and seeks the good of every creature, therefore he is called Shiva  or the auspicious one. [Anushasana Parva clxi]

It is one of the most popular name. It is stated in Satapatha Brahmana of Yajurveda in 6.1.3.16, Taittariya Aranyaka 10.20.1. Lord Krishna states:

Since he is the foremost of all the deities, and since his dominion and acquisitions are very extensive, and since he protects the extensive universe, therefore he is called Mahadeva. [Anusasana Parva clxi]

And since he always protecteth the creatures (of the universe) and sporteth with them, and since also he is the lord of all creatures, therefore is he called Pasupati. [Drona Vadh Parva ccii]

It is another popular name of Lord Shiva. Taittariya Samhita 4.5.8, Vajasena Samhita 16.49 states this name. Shankara means 'One who provides Pleasure'

It denotes fierce aspect of Lord Shiva. It is stated many times like T.S. 4.5.4, Satapatha Brahmana 6.1.3.10 etc.. Lord Krishna states

And since he burneth, since he is fierce, since he is endued with great prowess, and since he devoureth flesh and blood and marrow, he is for this called Rudra. [Anushashana Parva clxi]

He that is the embodiment of heaven, earth and sky, the Divine Lord, the protector of the universe, the great Master, the giver of boons, called also Isana. [DronaParva ccii]

And since three goddesses adore and have recourse to that Lord of the universe, viz., Firmament, Water and Earth, he is for that reason called Tryamvaka. And since Maheswara by means of his two eyes closed (in meditation), created through sheer force of will a third eye on his forehead, he is for that reason called the Three-eyed. [Drona Parva ccii]

Because he is great (Mahat) and the Supreme Lord of all (Iswara), therefore he is called Maheswara. [Anusasana Parva clxi, Vyasa also states the same in Drona Parva ccii]

Sadashiva which means Eternal Shiva. This name is stated in Taittariya Aranyaka 10.21.1 and Maitreyopanishad 2.6

He is Yoga and the lord of Yoga; he is called  Sarva, and is the Lord of all the worlds. [Drona Parva ccii]

Lord Shiva is also denoted by the name 'Ishwara'. Although it applies for other Gods too. Ishwara is stated in Taittariya Aranyaka 10.21.1 Lord Krishna states:

It is he who is always engaged in all that is good and evil in the three worlds. In consequence of his fullest control over all objects of enjoyment he is called Ishwara (the Supreme Lord or Master). [Anusasana parva clxi]

It means blue-necked one. It is stated several times. For eg. In Taittariya Samhita 4.5.1. This name is the origin of Popular name Nilakantha.

It means one with matted Hair. This is stated several times. For eg. In Taittariya Samhita 4.5.4

Although Lord Shiva is more populary known as Mahakaal as his consort is Mahakali. 'Kala' name which means 'who is time' is stated in Taittariya Aranyaka 10.18.1

Tripurari means destroyer of three cities made by Asuras. So, Lord Shiva is Tripurantaka. Name got from story of Taittariya Samhita of YajurVeda 6.2.3.

Sithikantha meaning white throated one. It denotes the white colour of ash around Lord Shivas name. This name is frequently used in Sri Rudram part of YajurVeda like in Taittariya Samhita 4.5.4. There are other Several Names like

16
Is it true that Lord Shiva's description is different in Vedas?
14
Is Lord Shiva dark in complexion?
16
What is the Vedic Origin of Lord Shiva?
15
How Rudra became Shiva in Vedas?
12
Origins of God names - Lord Siva and Lord Vishnu
9
Who is Vratya mentioned in the Atharva Veda?
12
Is Lord Shiva clearly noted as Prathama Purusha in any Veda?
4
Is it true Mahamrityunjaya mantra is not dedicated to Lord Shiva?
11
If Shiva Linga is worshiped in all yugas then what curse did Rishi Bhrigu give to Lord Shiva?
9
Who eliminated Manmatha - Lord Indra?
See more linked questions

16
Where is Buddhism also considered a Valid Path in Hindu scriptures?
12
Was Parsvanatha, the 23rd tirthankara of Jainism, an avatar of Lord Shiva?
11
What is the story of Vyuptakesha incarnation of Lord Shiva?
15
How Rudra became Shiva in Vedas?
7
What are the Vibhutis of Lord Shiva as told in Mahabharata?
3
Do Vedas/Smritis sanction genocide of non-believers (buddhists etc)?
0
Why Maa Lakshmi says that neither Lord Brahma nor Lord Vishnu only Lord Shiva commands her to move from one place to another.?
10
Why is Lord Shiva called Soma?