Who is Villiputhur Bagavar, the Vaishnava Brahmin who refused to associate with ordinary Brahmins?

As I discuss in this question, the famous Sri Vaishnava Acharya Ramanujacharya once visited the town of Thirukkolur in order to see the Vaithamanidhi Perumal Vishnu temple, when he saw a little girl walking out of the town. He asked her, given that everyone wants to go into to Thirukkolur to see Sriman Narayana, why would she ever want to go out of the town? She responded with a set of 81 statements, now known as the Thirukkolur Penpillai Rahasyam, or "the secret told by the little girl from Thirukkolur". She listed 81 great devotees of Vishnu, the implication being "Since I am not like these illustrious devotees, why does it matter whether I'm in Thirukkolur or not?"

Now in my question here, I asked about the statement, concerning the demon Khandakarna who got Moksha by worshiping Krishna. But now I'm interested in the last statement, "thuRai vERu seydhEnO pagavaraip pOlE", meaning "Am I like Bagavar?" The story as I understand it goes roughly as follows. There was once a Vaishnava Brahmana named Villiputtur Bagavar who lived in Thiruvahindrapuram, the site of the Devanatha Perumal Vishnu temple which I discuss here. Like other Brahmanas, every day he would perform Sandhyavandanam in the local river, except he would do so in a different part of the river than the rest of them. The other Brahmanas were confused by his behavior, so one day they asked him why he didn't want to perform Sandhyavandanam with them. He explained, "You are only doing your Varnashrama Dharma for the sake of material rewards, either in this world or the next. But I am doing my Varnashrama Dharma as a service to Sriman Narayana, and my only goal is Moksha. So I don't want have any association with you." Here's how this webpage describes it:

In Thiruvayindrapuram lived a Srivaishnava called Villipuththur Bagavar. When he went to the river to perform his daily anushatanams, he would always go to a different part of the river and not to the place where most others would go. One time the Brahmins who were in their area of the river asked Bagavar "O! Swami. Why do you not perform your anushatanams in our place?" Bagavar replied "We are Srivaishnavas that follow Swami Ramanuja. We perform these nityanushatanams only as a service to Sriman Narayana. You are brahmins that follow varNashrama dharma. You perform the nityanushtanams as part of your varNa. Therefore, the two of us cannot mix". Bagavar was either a brahmin who had understood the true nature of the soul or was a sanyasi.

Thirukkolur Ammal is asking "Did I understand the greatness of service and separate from those who follow only the dharma anushatana?"

My question is, who is this Villiputhur Bagavar, and when did he live? The webpage quoted above calls him a "Srivaishnava", so did he live after the establishment of the Sri Vaishnava sect by Nathamuni (whom I discuss here)? Or is he a more ancient devotee of Vishnu mentioned in the Puranas or other scriptures?

And is his name really Bagavar, or is that just a Tamil spelling of Bhagavata, which is a term for followers of Pancharatra (as I discuss here)? Also, Villiputtur is a town which is now known as Srivilliputtur, and it's the birthplace of two Alwars, Periyalwar and his daughter Andal. If "Villiputtur Bagavar" really means "the Bhagavata from Srivilliputtur", then it could refer to Periyalwar. Did he ever live in Thiruvahindrapuram? 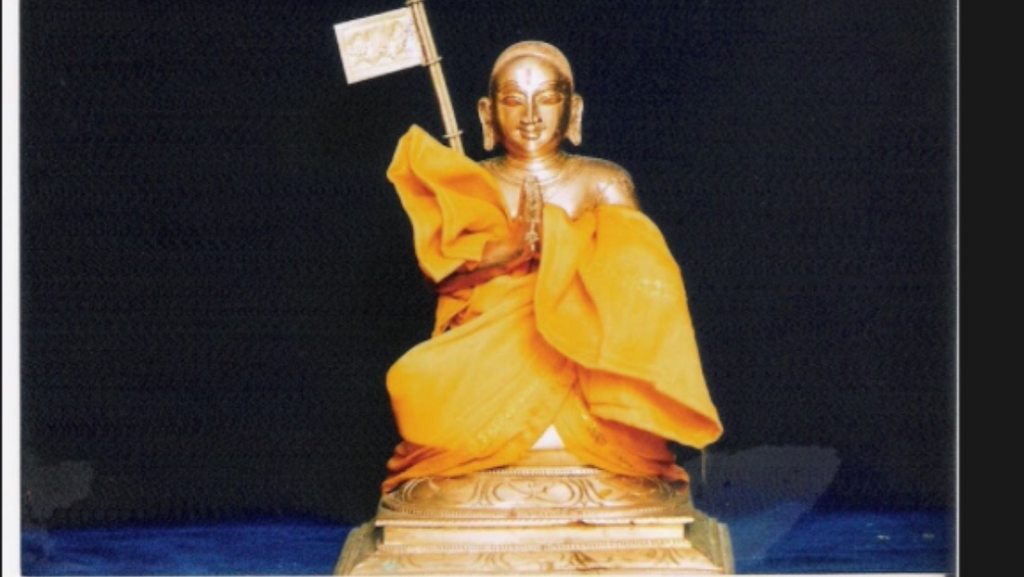 But that may just be because he's a figure revered by Sri Vaishnavas.

17
How has Lord Vishnu's understanding developed and what was his role initially?
11
What is the secular account of the compilation of the Alwars' poems?
7
Who did Vishnu appear before in Thiruvahindrapuram, Bhumidevi or Bhumadevi?