Lord Dattatreya is considered as the united form of trinity i.e. Brahma Vishu Mahesh.There is sect in India which worship him which is called Dattatreya. Do anybody know good book on Lord Dattatreya in Hindi/English/Marathi.

"Tripura Rahasya" is an important work on Lord Dattatreya.There is an Upanishad by name ‘Dattatreya Upanishad'. When rishis approached God Vishnu for initiation,God Vishnu advised them to recite "I am Datta". There are several Dattatreya mantras also.The dialogue between Sage Bhargava and Lord Dattareya is known as ‘Tripura Rahasya', the glory of Goddess Tripura.

It is mentioned at this link:-Is Vishnu's incarnation Dattatreya quoted in the Brahma Sutras?

A copy of Tripura Rahasya is available at this link:- http://www.holybooks.com/tripura-rahasya-mystery-beyond-trinity/

A PDF copy of 'Shri Datta Mahatmya' by Shri Vasudevananda Saraswati Tembe Swami Maharaj is available at this link:-https://archive.org/details/ShriDattaMahatmyaByShrimatPPSadguruShriTembeSwamiMaharaj

A copy of Avadhoota Gita, written by Sage Dattareya, is also available at this link:-http://www.holybooks.com/the-avadhoota-gita/

Dattatreya or Dattā (दत्त) is a Hindu deity considered to be an avatar (incarnation) of the three Hindu gods Brahma , Vishnu and Shiv collectively known as Trimurthy(त्रिमूर्ती).

Shree "GuruCharitra" (श्री. गुरुचरित्र) a spiritual book giving a brief life story of Shri  Narasimha Saraswati Swami , an incarnation of Shri Dattatreya,  was written in the 15th Century by one of his closest disciples. This  book is a treasure house of spiritual events related to the life of Shri Guru Narasimha Saraswati. It is read with great reverence by the  devotees of Lord Shri Dattatreya Shree Guru-Charitra गुरु-चरित्र

The word Avadhuta refers to a mystic who has done away with worldly concerns and standard social etiquette, at least in his or her heart. Avadhuts play a significant role in many Yoga, Vedanta and Bhakti traditions.Avadhoot Gita अवधूत गीता These books are in Marathi language ,which is mostly spoken in "Maharashtra" state of India.

Today, I was having discussion with my family regarding this topic. Here is the answer what I was seeking it is Datta Mahatmya(दत्त महात्म्य) written by Sri Vasudevananda Saraswati Swami(Tembe Swami) it is translation(marathi) of Datta Puraan again written by Tembe Swami. Tembe Swami collected all the stories related to Lord Datta from different purans and other scriptures and complied it in Datta Puran. 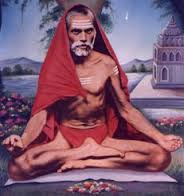 Not the answer you're looking for? Browse other questions tagged dattatreya .

4
Is Vishnu's incarnation Dattatreya quoted in the Brahma Sutras?