Ask Question
Asked 4 years ago
Active 2 years, 10 months ago
Viewed 609 times
6
Closed. This question needs to be more focused. It is not currently accepting answers.

Kapaleeswarar: The Wikipedia says The temple's name is derived from the words kapAlam (head) and eeshwarar an alias of lord Shiva. According to the Puranas, during the meeting of Brahma and Shiva at top of Mount Kailash Brahma failed to show the due respect to Shiva. Due to this, Shiva plucked of one of Brahma's heads (kapalams). In an act of penance, Brahma came down to the site of Mylapore and installed a Lingam to please Shiva. This place is known as Sukra Puri, Veda Puri, among many other names including “Kailaye Mayilai and Mayilaye Kayilai “which means this place is equal to kailash. Goddess Karpagambal, a form of Shiva's consort Parvati, due to a curse became a pea-hen and did penance here to get back her original personality. Shiva's son Murugan received the spear (Sakthi Vel) for the destruction of a demon from Parvati here. Brahma had worshipped here to get rid of his ego and get back his power to create. The four Vedas have worshipped here. Sukracharya worshipped the Lord here and got back his lost eye. Rama has worshipped here and won the war against Ravana and brought back Sita from Lanka. The daughter of Sivanesa Chettiar Angam Poompavai got her lost life here by the powers of Thirugnana Sambandar. Vayilar Nayanar, a saiva saint, attained salvation here and Mylapore is also the birth place of Thiruvalluvar who wrote Thirukkural. In Thevaram special mention is made about the beautiful Madaveedhi as “Malgun Mathri Thavazhum Maada Veedhi Mylappil Ullar”. Thiruganana Sambandar, Arunagirinathar have sung the glory of Karpagambal, Singara Velar. The 10-day festival during March / April is a treat to watch and Arubathu Moovar festival is attended by lakhs of devotees every year. This page also confirms this story.

Audikesava (Ādikeśava): The temple website says Sri Audikesava appeared from the Sayana Yagam performed by Maharishi Brigu with Sangu Chakaran in his hands with long curly hair (kesam) hence called Kesavan. The rishees workshipped the Lord as sayana Kesavan since apperared from Sayana Yagam. He has given peacock flag (Kodi) to Sooryakula king sumanagan and hence workshipped as mayura Kesavan. He was also workshipped as Audikesavan since resolved the sin of Adhithyan (Sun God). Lord Kesavan also cured the disease of Chandra (Moon) in this Kshthra. Lord Kesavan instructed all Punniya Nadhees (Holy Rivers) Ganga, Kaveri, Godhavari etc to get mixed with this theertham where Chandra took a dip and cured his disease. Hence this pushkarani is called Sarvatheertham and also Chandra Pushkarani presently known as Chitrakulam. Thirumazhisai Alwar sung this Kshethram. Sri Andal has sung Mylai Kesava Perumal in her Thiruppavai seventh pasuram. An article in The Hindu also confirms this story.

Mylapore's ancient name in Puranas is Mayurapuri (City of peacocks). This page "City of peacocks" says "In Brahmanda Purana, circa 3000 BC, Mylapore is mentioned as "Mayurapuri."

The Hindu article also says " Legend has it that Lord Shiva in the guise of a 'Bhikshanar' came to Mayurapuri and Lord Vishnu, on seeing him, rushed to give him alms. In his haste to oblige his 'bhakta' he came alone without informing his Consorts. The fourth chapter of the Garuda Purana narrates how Goddess Lakshmi took up residence in this hallowed place. She was known as Mayuravalli Thayar. Maharishi Bhrigu, who had no progeny, was observing penance to appease Lord Mahavishnu. The Lord bade Mahalakshmi to appear as a child in the sage's heritage. Thus was ushered into this world a child of bewitching charm on the Uthiram asterism in the month of Phanguni. She chose a lily floating on the tank at Mayurapuri as her bed. Sage Bhrigu named the child Bhargavi. She soon grew up to be a maiden of divine grace. When Lord Shiva plucked the fifth head of the contumacious Brahma, the severed head got stuck in his hands. He was known as Kapali (the possessor of Kapala or skull). When Bhargavi offered grains to Brahma Kapala, the head disappeared, thereby relieving Lord Shiva of his distress. He made Mayurapuri his abode and assumed the name Kapaleeswarar. "

The temple website of AdiKesava says "The Avatharam of Sri Audikesava is described in " Garuda Purana" in third chapter. This book is maintained in Madras Oriental Govt. Library in D15299."

I am not able to find any of these stories or name as Mayurapuri in Brahmanda Purana( Source 1,2,3,4,5), Garuda Purana. There is a Kapalesvara story in Skanda Puaranam, Avantya Khandam, Chaturasiti Linga Mahatmya, Chapter 8. But this story is all about Avanti Kshetra (Ujjain) and the stories do not match.

Does the currently available editions of Garuda Purana, Brahmanda Purana or any other Puranas or scriptures contain these stories about these temples and about the place Mayurapuri? If they do exist, Please mention the particular chapters and Khandas of the corresponding Puranas and cite some slokas or their meaning. 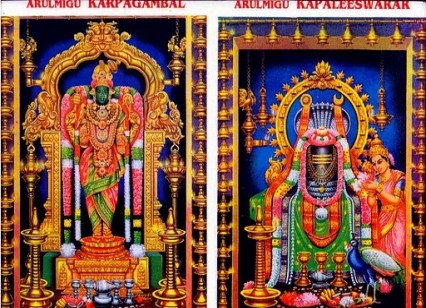 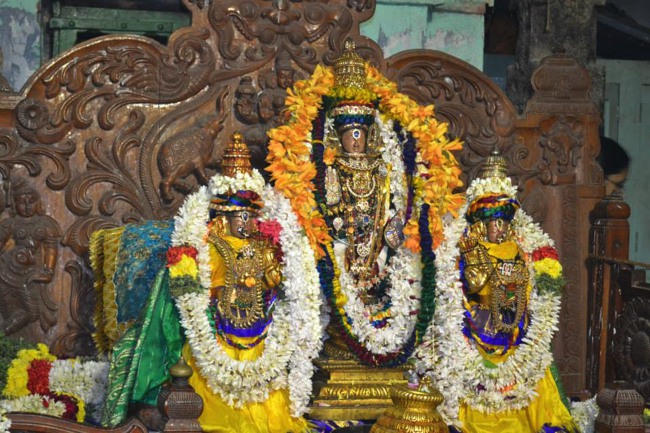 21
Complete English translations of Puranas
2
Mattapalli Lakshmi Narasimha
5
Classification of Mahapuranas on the three Gunas Sat, Rajas and Tamas
2
What is the meaning of penance?
4
Does the Skanda Purana classify Puranas into Sattva and Tamas?