Who are the authors of and what are the significances of "Eka Sloki Ramayana" , "Eka Sloki Bhagawatam" and the like?

As the name suggests,the Eka Sloki Ramayana is the whole story of Ramayana told in just one sloka/verse:

Once Rama went to forest, He chased the deer, Sitha was kidnapped, Jatayu was killed, There were talks with Sugreeva, Bali was killed, The sea was crossed, Lanka was burnt, And later Ravana and Kumbha karna, Were also killed. This in short is the story of Ramayanam.

Similarly we have the Eka Sloki Bhagwatam which narrates the entire Bhagwata Purana in just one sloka/verse:

Born to queen Devaki, Brought up by Gopis, Took out the life of Ogress Poothana, Lifted the Govardhana mountain, Beheaded his uncle Kamsa, Helped in killing the Kouravas, And looked after the children of Kunthi. This is in short the ancient story of Bhagawatha, Which describes the nectar like play of Lord Krishna

We also have a "Sapta Sloki Gita" and a "Chatusloki Bhagawtam" ,the later is given below: 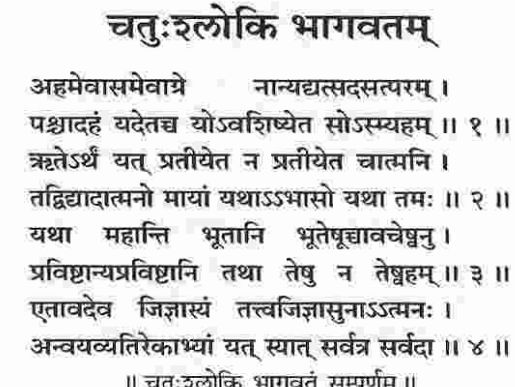 Q2) What are their significance? Does it mean that reading those short verses are equivalent (in merit) to reading the respective entire texts or something of that sort?

Meaning - Only I was present before this universe. Without me there were no "Sthula , Sukashma or reason for both ie."Adanyana" ( स्थूल ,सूक्ष्म & अज्ञान) .What ever is everything , is me itself.Also what will remain after "Pralaya (प्रलय) is only me.

As there is only one moon only , but due to error in our eye it looks as two moons , although even there is nothing , but it feels in "Paramatma" (supreme soul) , as residing among "Nakshtras" (नक्षत्र) , but won't get seen. The atma (आत्मा) is like that ,this is my "Maya"

In the big & small bodies of living beings who are controlled by "Panchamahabutas" (पंचमहाभूत) , it appeares as I have entered into them in the form of "Atma"(soul).But if you look from " Atmadrushti (आत्मदृष्टि), as there is nothing but myself, I do not enter into those bodies.

A wise person should know this - "that which is ever present everywhere" is the "Atmatatva"(आत्मतत्व) , by the way of "Ananvayavyatirek (अन्वयव्यतिरेक)

I am giving the explanation about "Chatuhshloki Bhagvat" as described in Shreemad Bhagvat Purana . We find chtuhshloki bhagvat in ( 2 skanda chapter 9 shlokas 32-35) Bhagvat purana where "Bhagvan" (supreme lord) Shree Vishnu or Shree Krishna describing this shlokas to "Brahamdeva". So "Chatuhshloki bhagvat " is narrated by supreme Bhagvan himself. So these are called as so.

Regarding your question about the significance of this "Chatuhshloki Bhagvat" this is given in same chapter in the next shloka.

Meaning - O brahmadeva , you by steadyness (Samadhi ) believe completly to this "Siddhanta"(सिध्दांत) और law , there by you will not get involved in any "Moha" (मोह) in any of the "kalpas" .

As we can see , this is the pure essence or ultimate teaching of shreemad bhagvat purana.We can say that this method of describing events in large texts into very few shlokas is useful in presenting the ultimate message or core message of that perticular book or text.It also enables the reader with that.Also by this method a story or message can be presented without the need of any interpreter or reading the whole text

Not the answer you're looking for? Browse other questions tagged scripture ramayana bhagavata-purana shloka saint .