Who is the Vaishya Rishi Sankila?

I think Bhalandana and Vatsapri refer to the figures mentioned in this chapter of the Srimad Bhagavatam, who were descendants of Vaivasvata Manu's son Dishta:

But my question is, who is the third figure Mankila mentioned in the Gotra Pravaras for Vaishyas?

If it helps, the name Mankila is sometimes spelled as Manktila. Does anyone know any scriptures that mention a Vaishya named Mankila or Manktila?

EDIT: It looks like this Vaishya Rishi may be named Sankila, not Mankila; here's what this excerpt from the Matsya Purana says:

And this excerpt from the Anusanga Pada of the Brahmanda Purana says the same thing:

Bhalandana, Vatsa and Samkila - these three are composers of Mantras and are remembered as the most excellent ones among Vaishyas.

Also, using the Rig Veda Anukramani in my answer here, I found out that three hymns of the Rig Veda were heard by Vatsapri son of Bhalandana: Book 9 Hymn 68, Book 10 Hymn 45, and Book 10 Hymn 46. I haven't found any hymns heard by Bhalandana or Mankila/Sankila though. Finally, I found the stories of Nabhaga, Bhalandana, and Vatsapri in this excerpt from the Markandeya Purana.

I hav been looking for this Mankila too but the only place I found his name mentioned is in a Hindi book written on the origin of my clan - Agarwals. The book is titled 'Agrasen Agroha Agrawal' and was written in 1977. 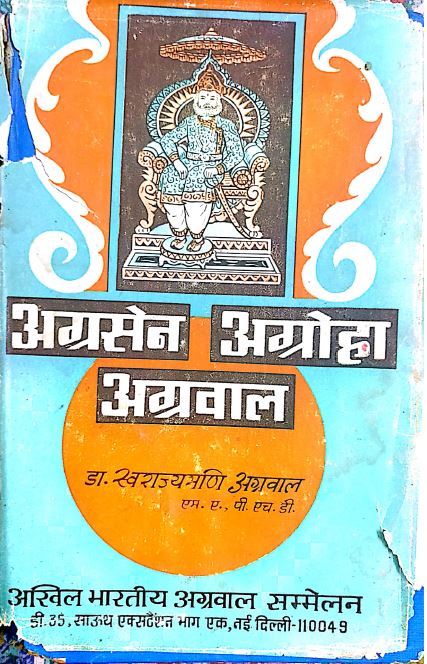 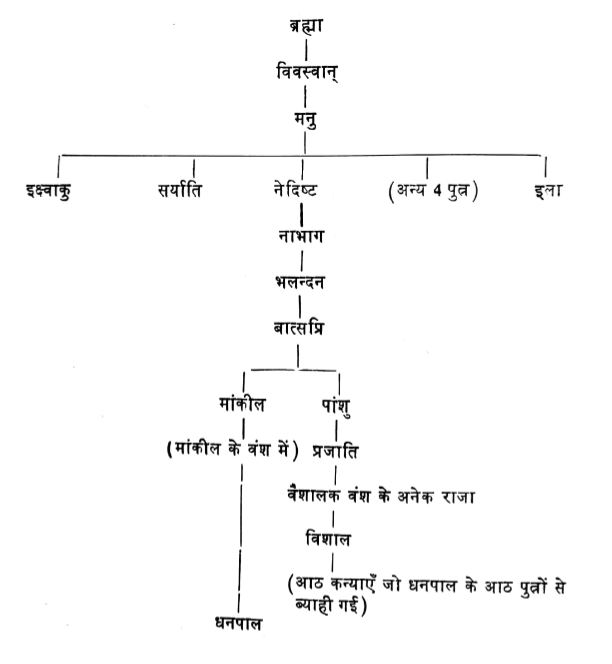 Unfortunatly there is no english translation avaialable so had to share the original Devnagari image. The genealogy goes further to reach Maharaj Agrasen who is considered the forefather of all Agarwals/Marwaris but I am not sharing those details sinc ethey are not relevant here. Coming back to Mankila it is noteworthy that the Markandeya Puran also mentions that Vatsapri had more than one son:

Presumably, one of these was also known as Mankila or Sankila but which one it was it is hard to say from this much evidence. Shall update the answer in case I find more stuff on him.

Not the answer you're looking for? Browse other questions tagged bhagavata-purana caste-system brahmins ancestry .

36
Is the Anukramani index of sages and deities of the Rig Veda available online?
5
Why is Vasishta listed as a descendant of Kashyapa's son Avatsara?
4
What are the stories of Brahmanas defeating Kshatriyas mentioned by Bhishma?
4
Why is the divine architect Vishwakarma considered a descendant of Bhrigu?

8
What is the full ancestry of Janaka?
5
Who is Ruchi, father of Vishnu's incarnation Yagna?
7
Why is Nahusha's last name Manava?
3
Was Adi Shankaracharya a Vishwakarma Brahmin?
8
Which Kshatriya and Vaishya communities continue to wear the Yajnopavitam today?
6
Was Rishi Agastya the uncle of Ravana?
4
Are Varna and Caste same or different?