Which verses of the Sama Veda are not taken from the Rig Veda?

Which verses of the Sama Veda are unique to itself and are NOT taken from the Rig Veda?

Different websites say different amounts of verses are exclusive, but they all say less than 100.

One verse of the Sama Veda Samhita that is not present in the Rig Veda is verse 527, which is near the Aranya Archikah, Aranya Kandam section as you can see here:

I have been created before the creation of devtas and nobody can survive without consuming me. Those who donate me in Yagna etc., I protect them and bestow them with the result of pious deeds [punya].

This Richa is the basis of the Purushagati Saman, which is chanted by Jivas after attaining Moksha as I discuss in my question and answer here. And although it's not found in the Rig Veda, it is found in the Taittiriya Brahmana of the Yajur Veda; see my question here.

As I find more such Sama Veda-exclusive verses I may expand my answer.

EDIT: This PDF says "There are only the 1875 Saama Veda [mantras] that are unique to it; rest of them are mostly from Rg Veda with minor verbal differences and to music."

The whole Vedas consist only of three types of mantras viz: the Riks, the Yajus & the Samans.

A typical example of a Rik is the most famous Veda mantra called the Gayatri mantra of Viswamitra.

A Yajus will be in a short rhythmic prose. A typical example of such a mantra is the most famous mantra of Lord Shiva viz "namah shivaya" ( TS 4.5.8.11 ).

The text of a Saman mantra will be a Rik mantra, only difference being is in the method of chanting it. A Saman is chanted in a more elaborate way, more like singing.

And, the text of all these 1875 mantras are already found in the Rig Veda samhita.

Some additional info regarding the distribution of Riks, Yajus and Samans among the four Vedas:

1- All the mantras that are present in Rig Vedas are Riks.

3- All the Riks are not present in the Rig Veda itself. That is, there are Rik mantras that are found in other Vedas but not in Rig Veda.

So, not all Riks are found in the Rig Veda.

A rough Venn diagram indicating the overlapping among Vedas is as given below :

I found this question through searching while I myself was looking for the answer. Since then I found a book with an index of Samaveda mantras not found in the Rigveda so I came back and made an account to share with you. This book is called The Samaveda Samhita, Text with English Translation & Commentary, Mantra, & Names Index Etc. Translated and written by Ralph Griffith, in 1893 I believe. There are 77 unique Samaveda mantras in this index if I've counted correctly. 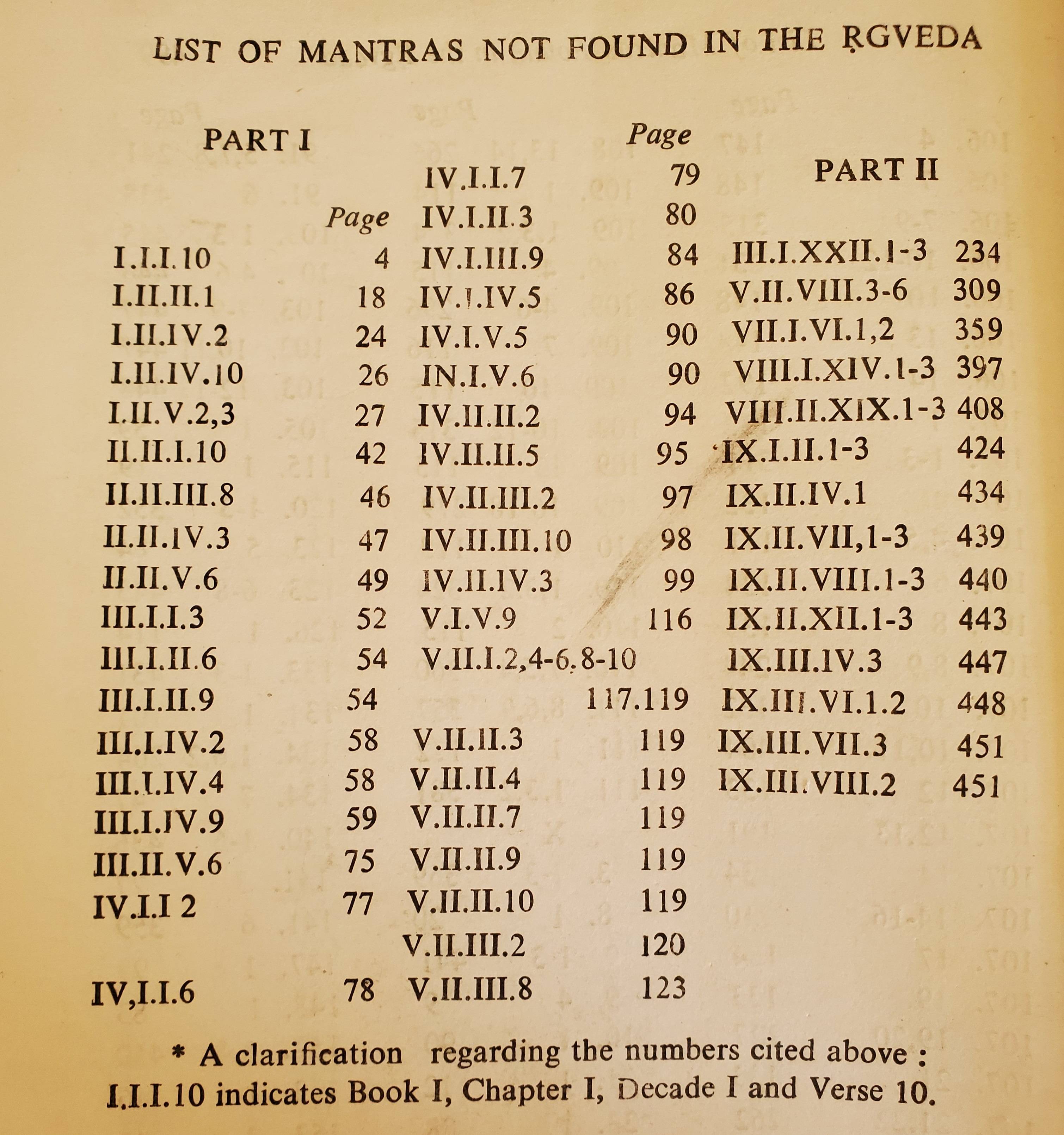 8
Does the Taittiriya Upanishad quote a hymn of the Sama Veda?
7
Is there a list of corresponding hymns between the Rig and Sama Vedas?
4
Who is the seer of the "food hymn" of the Yajur Veda?