What is the meaning of 'adhikāra' in Hinduism? And who decides if someone has the 'adhikāra' to do or not to do something?

So what does adhikāra mean in the above contexts?

I'm assuming this formal definition of 'adhikāra' in scriptures is supposed to tell who is allowed to do what. 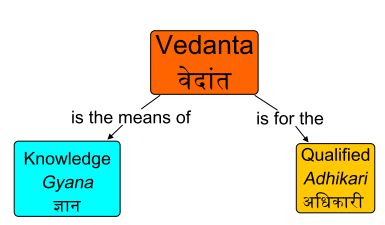 What is the meaning of 'adhikāra' in Hinduism?

The Sanskrit word अधिकारः (adhikārḥ) has a lot of meanings, but within the context of your question, it simply means one's right, privilege or qualification to perform a certain action. There is a reference to the word in the karmaṇyēvādhikārastē śloka of Bhagavad-gītā (2.47).

Your right is for action alone, never for the results. Do not become the agent of the results of action. May you not have any inclination for inaction.

Who decides if someone has the 'adhikāra' to do or not to do something?

Śaṅkarācārya explains the above as:

Having propounded this Law, he himself, first of all, taught it to me with due care; I then taught it to Marīci and other Sages. — (58)

In the present context the term 'Law' stands for the whole collection of Injunctions and Prohibitions contained in the Smṛtis, and not for any particular treatise; as this latter was composed by Manu; that is why the Treatise is called ‘Mānava’ (of Manu); otherwise [ i.e., if the Treatise were the ‘Law’ propounded by the Imperishable One], it would have been ‘Hairaṇyagarbha,’ ‘of Hiraṇyagarbha.’

Most actions (rights & duties) are discussed in various smṛtis and dharma śāstras, but not every rule is written down in scriptures as Kṛṣṇa states in the Mahābhārata:

Many persons say, on the one hand, that the scriptures indicate morality. I do not contradict this. The scriptures, however, do not provide for every case.

But, apparently, everything can be deduced from scriptures:

So when in doubt, it's best to approach one's Guru or elders to determine the proper course of action.

"What is the meaning of 'adhikāra' in Hinduism?"

Often people, translate AdhikAra(अधिकार) as "right". But IMO, that's not the perfect translation. The closest meaning (also found in online dictionary) is "authorisation" (or "approval" & in some sense "privilege").
Incidentally, if we break the words:

"who decides if someone has the 'adhikāra' to do or not to do something?"

Not aware if any scripture would be formally defining AdhikAra in such a great detail. Because for everything do-able thing, there has to be an "approval". Scriptures define Dharma & one can derive AdhikAra out of it. One has an AdhikAra to act in Swa-Dharma.
So decision should be left to the social structure. In ancient times we had scriptural guidelines & in today's time we have family/national constitution.

For example, in ancient times it was believed that, Shudra-s should not listen to Veda, as they don't have AdhikAra[1]. For Shudra-s it's not DhArmik to gain knowledge which they can't absorb. However in current times which is believed to be an era of knowledge, it may not be applicable.

When you hear commoners using this term, you may safely translate it to "right".

[1] - Krishna spoke "... Desirous of speedy death, this fool had desired Rukmini. But the fool obtained her not, like a Sudra failing to obtain the audition of the Vedas."

8
Which Smṛtis or dharma śāstras give a brāhmaṇa the adhikāra to fast unto death to collect his debt?
10
Do characters in the same Brahmavidya always have the same caste?

8
What scriptures discuss why the sky appears blue?
16
Does "Free Will" really exist, even if universe repeats itself in perfect pattern?
4
Does Hinduism define superstition?
7
What are the canonical texts in Hinduism for morality and ethics?
6
Did Krishna warn Bhishma not to interrupt any actions of Kauravas and Pandavas during the game of dice?
0
response to vulgarism and it's origin and definition
3
Geeta somehow says do not grieve over the death of loved one: so are we doing adharma?
4
Why are our scriptures contradicting so much? A Bramhana can beat anyone as he wishes?