What was the memory/rivalry of Ravana with Bali's son Bana?

In Valmiki Ramayana Sundarakanda, Ravana's son Indrajeet captures Hanuman using Brahmastra. Then he was summoned in Ravana's court. Ravana who was greatly angered due to the destruction of his favorite garden and death of his men was struck with following suspicion in his mind after looking at Hanuman.

When Mount Kailasa was moved by me, is it the same Nandi the divine bull (attendant of Siva) which cursed me long ago and came here now in this form or whether he is Bana the great demon (son of Bali) came here in the form of a monkey.

We know the story of Ravana moving Kailasa and getting cursed by Divine bull of Shiva The Nandi.

I remember watchin a Ram-lila once that shows an episode where Ravan and Banasur come face to face in Sita ji's Swayamvar. Quoting from a report this is how it generally goes:

Meaning both these Asurs have an altercation at the time of the Swayamvar. This entire Ravan-Banasur Samvad is probably based on the Ramcharitmanas which mentions that both of these Asurs were present in the Swayamvar: 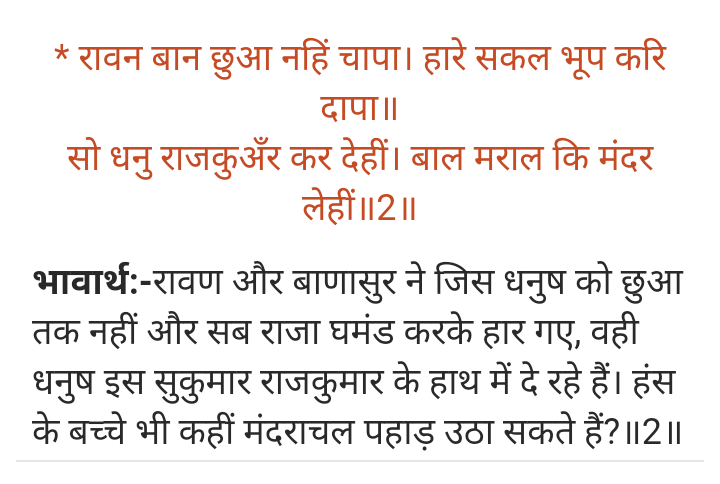 I couldn't find any other source where the two come face to face. Perhaps they did meet at the Swayamvar and had a face off even though the Valmiki Ramayan does not record it.

Not the answer you're looking for? Browse other questions tagged ramayana hanuman ravana bali .

24
When was Ravana hit by the Sudarshana Chakra?
21
What is the story of Mahabali's sister's attempt to destroy the world?
3
What is the story of the son of Ravana who was a devotee of Narayana?
4
What was hanuman doing with sugreev on the mountain?
6
How was Jatayu able to fight with Ravana?
4
Why were Ravana and Bali (the Asura not Vanara) enemies when Bali's daughter was married to Ravan's brother Kumbhakarna?