What is the story of Haridwar?

I want to know the details story of ritual place Haridwar and "Har ki pauri". There are many famous places in Haridwar.So I would like to know the story behind Haridwar pilgrimage place.

Haridwar is one of the first towns where Ganga emerges from the mountains to touch the planes. Holy city situated at the base of Shivalik ranges of high Himalayas as well as on the flow path of revered River Ganga. It is widely believed that by taking a dip in this holy river, one is cleared of all his past sins. Lakhs of devotees from all over India visit Haridwar every year to take a dip in the holy River Ganga.

Haridwar presents kaleidoscope of Indian culture and civilization. It is also a point of entry to Dev Bhoomi and Char Dham. Archaeological finding have proved that terracotta culture dating between 1700 B.C. and 1200 B.C. existed in this region. 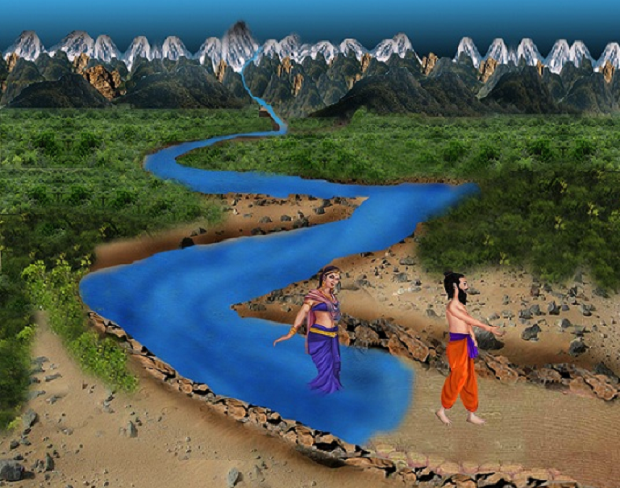 Legendary king Bhagirath is said to have brought the river Ganga from heaven to earth to provide salvation to his ancestors. It is also said that Haridwar has been sanctified by the presence of three Gods; Brahma, Vishnu and Shiva. God is said to have his foot print on the stone that is set in the upper wall of Har-Ki-Pauri where the Holy Ganga touches it all the times. Devotes feel that they can go to heaven by getting their salvation after a dip in the sacred Ganga at Haridwar. Har-Ki-Pauri in Haridwar was one of the four places where Amrit was sprinkled on earth. As a result, every 12 years Khumbh comes to Haridwar and draws half a million pilgrims. 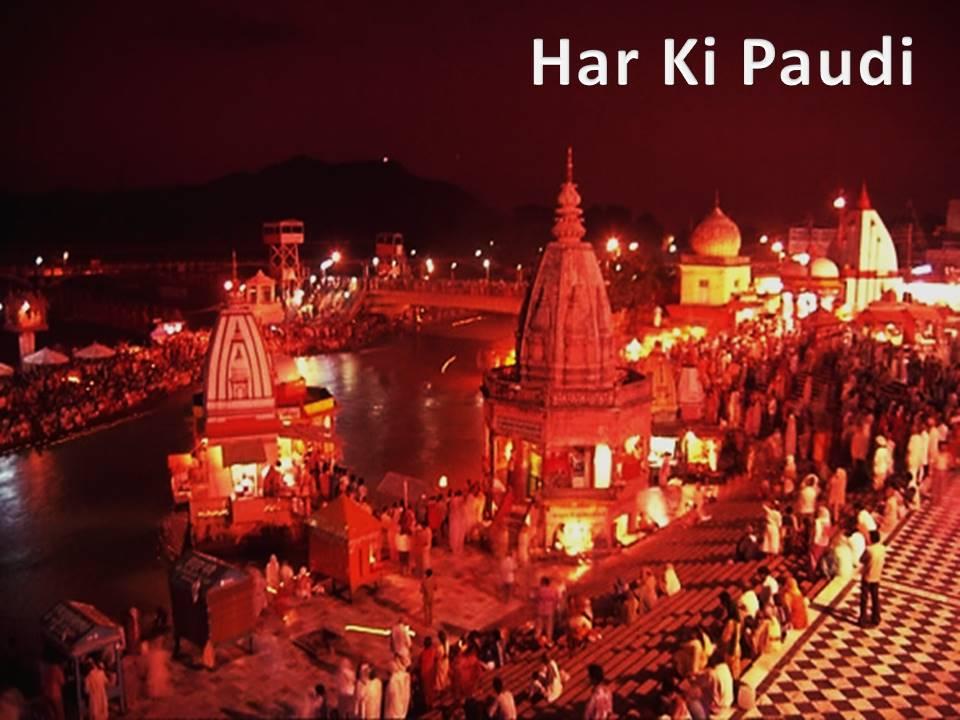 The city of Haridwar is an ancient city of India, mentioned in several Upanishads and Puranas with different names such as Gangadwara, Mayapuri and Kapilasthana. The city’s name literally meaning the ‘Doorway of / to Gods’, is equally important to both Shaivites (Shiva followers) and Vaishnavites (Vishnu followers). Hence it is known as both Hardwar and Haridwar. Every six years the Ardh Kumbh Mela is celebrated here with great fervor here.

Haridwar has been mentioned in the Mahabharata, in the Vanaparva chapter, where Sage Dhaumya tells Yudhisthira about the ‘Tirthas’ (pilgrimages) of India, including Haridwar. The next mention is in the fable of famed King Bhagiratha, who brought Ganga down to purify the souls of his 60,000 ancestors in the Satya Yuga. After this, the first dates in regular history come to 322-185 BC, when Haridwar came under Maurya Empire and then Kushana Empire continuously.

• Haridwar is one of the seven holiest places for Hindus. It literally means ‘Gateway to God,’ and it is the place where the Holy Ganges leaves the mountains to flow down God’s own town.

• Haridwar is the first place down the mountains that welcomes the holy River Ganga. In the Satya Yuga, it was Bhagiratha who brought Ganga to earth to purify the spirits of all his ancestors.

• Hundreds of devotees collect around Har ki Pauri and offer the Goddess Ganga their prayers and lit diyas, that float in Ganga’s bosom. Har ki Pauri, which literally translates into “the footsteps of God,” marks the entry point of the Ganga.

• Haridwar is a globally renowned Mecca for yoga. The city boasts of unparalleled yoga ashrams, for which bookings have to be made well in advance.

• One of the oldest cities in the world, Haridwar dates back to 1700 BC. It has even been mentioned in the chronicles of Huan Tsang (629 AD).

• Ayurveda and Hinduism are deep rooted in Haridwar; you can best observe it at Shanti Kunj. Shanti Kunj is known worldwide for its research and development in herbal and Ayurvedic sources. Here, a havan goes on continuously for world peace.

• Haridwar is the entry point for the famous Chaar Dham Yatra. Devotees, who are keen to undertake this Char Dham Yatra, need to begin their journey from Haridwar.

Not the answer you're looking for? Browse other questions tagged shiva krishna temple pilgrimage .

2
Why are most famous (or wish fulfiling) temples situated on hills?
9
What is the story of Vishnu appearing to sage Markandeya in Thiruvidanthai?
4
The story of Sri Krishna, Yudhishtira and the bitter gourd
7
What are the benefits of undertaking a pilgrimage to Pushkar Tirtha?
11
What is the origin of Kumbha Mela?
3
Is the Rama Setu pilgrimage “equally effective” for all pilgrims irrespective of their dwelling places?
16
Why does Lord Jagannath suffer from fever?
8
What is the story and significance of the Dashashwamedh Ghat?
2
What is the story of Kameshwar Temple (Karon), Ballia?