What's the origin of the practice of a married woman wearing a maṅgalasūtra around her neck?

Also, what about wearing toe rings during marriage? How did this originate?

Which scriptures talk about wearing these? 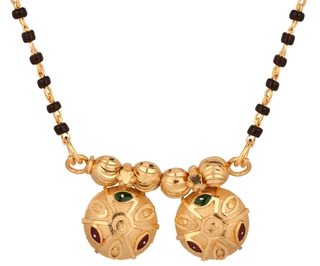 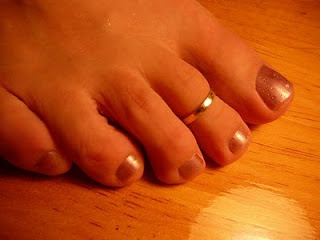 PS. I'm not looking for significance or "scientific explanation" for wearing these; just want to know the origin of these traditions. Related but not duplicate:
– Why do brides wear a mangal sutra?
– Why don't men wear the likes of Mangal-Sutra to signify they are married?

Julie Leslie, the author of The Perfect Wife, which is a translation of/commentary on Strīdharmapaddhati (Guide to the Religious Status and Duties of Women) by Tryambaka of 18th century Thanjavur, says:

The maṅgalasūtra, the auspicious thread on which beads (usually black or gold) are strung, is fastened around the neck of the bride by the groom during the marriage ceremony (cf. PVK II.i.537). Chapter XV of the Laghvāśvalāyanasmṛti describes the sacrament of marriage in detail and provides the earliest reference to the marriage thread (māṅgalyatantu, v.33; Dh.kośa III.iii.p.2048). Mantras are recited to ensure the wife's fidelity to her husband and Gaurī bestows saubhāgya on the bride. Saubhāgya originally and literally meant 'good fortune' or 'prosperity', but it came to have as its established meaning (virūḍhalakṣaṇā) the good fortune of the happily married woman whose husband is alive. The prefix sau, with which the married woman is addressed, stands for saubhāgyavatī, meaning 'fortunate woman' (i.e. by virtue of her marriage; Baudh.gṛ.I.6.30). The maṅgalasūtra, the tilaka, and the red line of sindūra in the hair, are all indispensable signs of the married woman whose husband is alive; as long as he lives, they must be worn.

Nose- and toe-rings seem to be another late development. Altekar notes the conspicuous absence of the nose-ring in sculpture and painting throughout India before the Muslim invasions. He concludes that it was originally a Muslim ornament (1978:301 ff.; cf. PVK II.i.537). By the time of Tryambaka, however, it was another indispensable sign of saubhāgya.

Not the answer you're looking for? Browse other questions tagged rituals marriage tradition women mangalasutra .

3
What scriptures describe the wearing of the Mangala Sutra?
24
Why don't men wear the likes of Mangal-Sutra to signify they are married?
10
Why do brides wear a mangal sutra?
10
What's the origin of the verse "Mangalyam tantunanena mama jeevana hetuna...?"

24
Why don't men wear the likes of Mangal-Sutra to signify they are married?
3
What's the importance of Turmeric in Indian Marriage and Husband in context?
10
What's the origin of the verse "Mangalyam tantunanena mama jeevana hetuna...?"
2
When and how did the system of adimai kaavu begin in ancient Kerala?
3
Do RV 8.33.19 and 10.85.30 suggest women should wear a veil in the presence of men?