According to the story,

The King of Ambalappuzha was a big chess enthusiast. One day a sage challenged him (the king) to play the chess. To motivate this Sage, the King offered any reward that the sage could name. The sage modestly asked just for a few grains of rice in the following manner: the king has to put a single grain of rice on the first chess square and double it on every consequent one. So King accepts this and the game was started. Having lost the game and being a man of his word the king ordered a bag of rice to be brought to the chess board. He started placing the grains according the reward asked by the sage.

The following picture describes growth of number of grains: 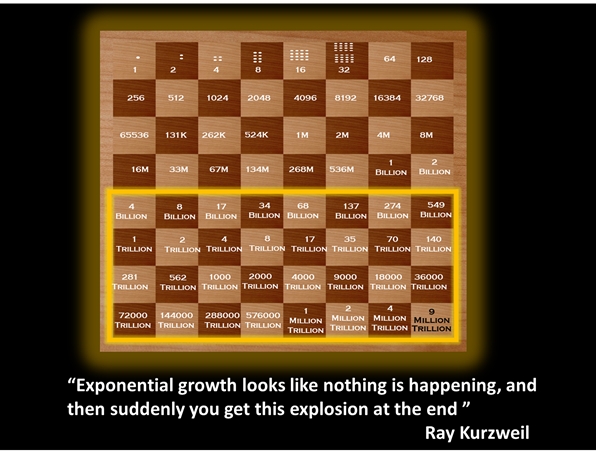 From the above image, at 64th square King has to place the total number of grains are about 9 million trillion tons.

Upon seeing the dilemma, the sage appeared to the king in his true-form, that of Lord Krishna. He told the King that he did not have to pay the debt immediately but could pay him over time. The king would serve paal-payasam (made of rice) in the temple freely to the pilgrims every day until the debt was paid off.

Here is one more image from Google images (In any case, if the above link is not accessible) : 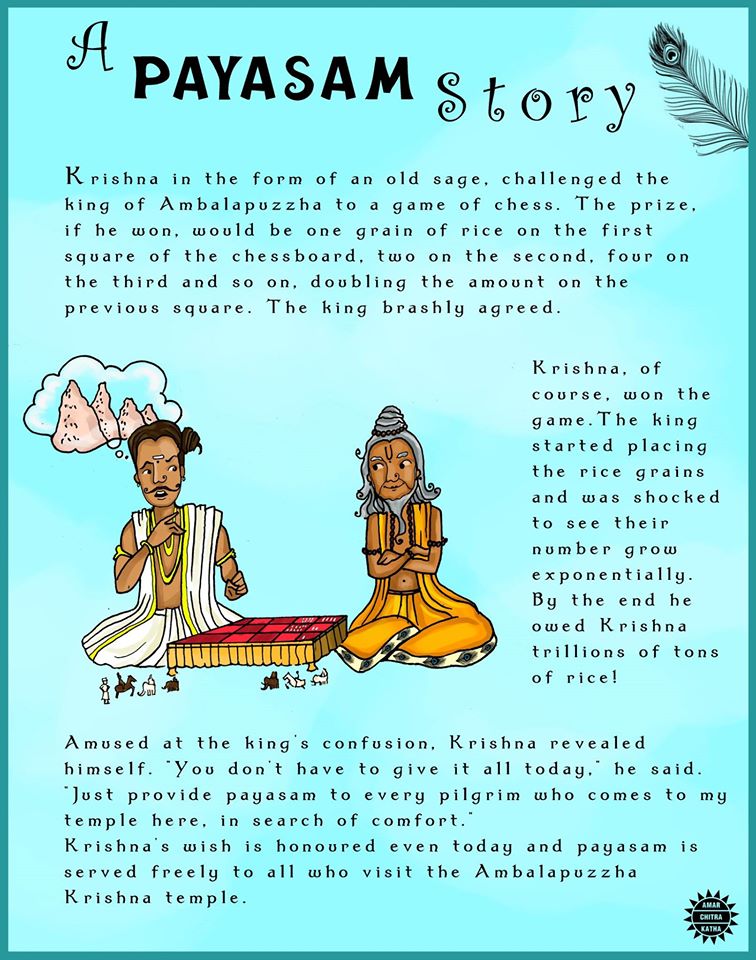 Who was that King?

Purakkaadu had Roman trade connections as early as the first century. A Namboothiri aristocracy from Kumaranalloor (near.Kottayam) took over the rule of Purakkaadu (present Ambalapuzha and part of the Kuttanaadu). They had a strong naval power with a huge collection of a special type of boat known as Chembaka and so they came to be also known as Chembakasseri Raja. After the construction of the Ambalapuzha temple, their kingdom came to be known as Ambalapuzha

The link name naaduvaazhikal basically means ruler of the land. These are also title given for local cheftains rather than a large kingdom

The name of the king is Chembakasserry Pooradam Thirunal Devanarayanan Thampuran. This is also the official page of the organization that manages most of the temples in Kerala

As these links (or any other) do not mention any references to Scriptures or Purans. I'm curious to know the actual story according to Hindu Scriptures.

As per the second link, the construction of the temple is around 15-17 century and much recent than the period when any scriptures or puranas were written.

Also most of the famous temples in Kerala has a local legend associated with it. This can be a similar one

Also Why Krishna played this Leela?

Have to guess for this part. May be the king deserved the Lords Darshan

5
Why is Krishna portrayed with huge eyes at Puri Jaganath temple?
4
The story of Sri Krishna, Yudhishtira and the bitter gourd
0
Story of swayambhuva Shrinathji temple
7
What scriptures describe Krishna granting Moksha to Ghantakarna, a Pishacha who killed a rishi?
6
Which Puranas contain the story of Sri Kurmam temple?
6
What is the significance of this form of Sri Krishna at Udupi?
8
Why is Sri Krishna idol turned towards a window in Udupi temple?