Aum - Is the concept of Brahman, in the Philosophy of Hinduism, comparable with the Ideology of Panentheism? (the belief or doctrine that God is greater than the universe and includes and interpenetrates it.)

From my research it seems to match, however I'm not certain if Brahman is separate from the universe, as well as a part of the Universe, or rather is Brahman the Universe, and nothing else? (Pantheism) 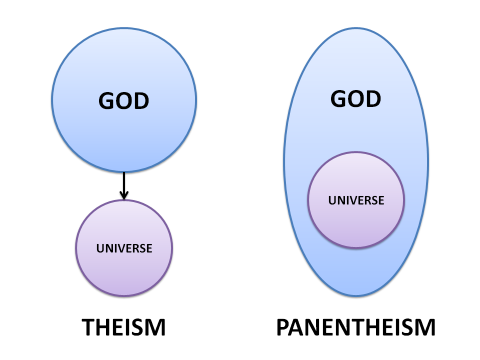 III-xiv-1: Verily, all this universe is Brahman. From Him do all things originate, into Him do they dissolve and by Him are they sustained. On Him should one meditate in tranquility.....

Though I don't know much about Pantheism however it looks that according to Pantheism, god and universe are identical - that philosophy/concept seems in agreement but actually Brahman in not conditioned or limited to world/universe only. Brahman is beyond his creation. See the following verses from Srimad Bhagavad Gita:

Not the answer you're looking for? Browse other questions tagged brahman .

9
I want scripture-based explanation for “God is Everywhere”

5
How applicable is the phrase “I am God” to Hinduism?
10
Has Hinduism ever tried to enfold Christianity (or other semitic religions)?
19
Supreme Brahman in Hinduism
9
Why does the Jiva reside in Brahman during deep sleep?
0
Total number of saguna parabrahmans in Hinduism