Who is Tripura Sundari? [duplicate]

I am from Tripura.Our (unofficial) state goddess is Tripura Sundari devi.

Due to the similarity in appearance, people of our state think that she is an another form of Kali.

But Wikipedia says that she actually gave birth to all other gods and goddess.

So,Who is our state goddess actually? 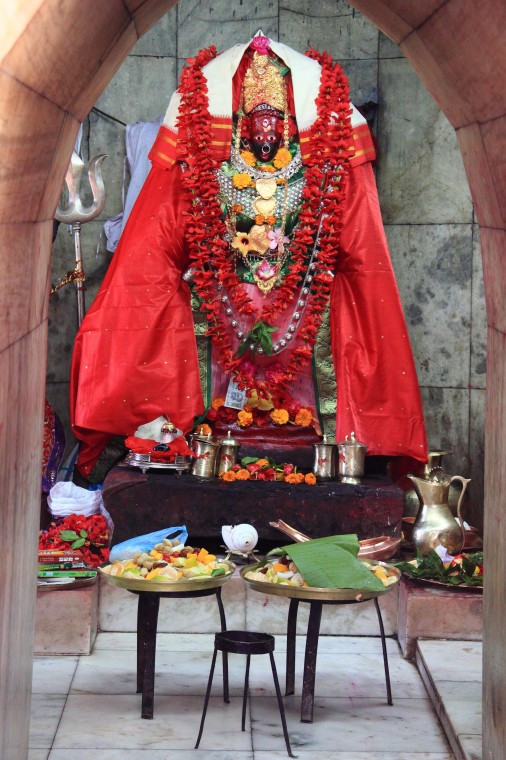 Tripura Sundari or Lalita Mahatripura Sundari is the presiding Deity of the Sri Yantra Or the Sri Chakra.She is also known as Parabhattarika Sri Rajarajeswari or the queen of queens.

She appeared to eradicate a most powerful demon called the Bhandasura, who was impossible to be defeated even by the Trinities(Brahma,Vishnu,Mahesha) and their respective consorts.

You can read a summary of what actually led to the manifestation of Parashakti (The force of the Parabrahman,Mahashambhu) as Sri Lalita Devi in this Brahmanda Purana chapter.

Lalita Parameswari appeared from a Homa Kunda unto which the whole of creation was offered as oblation.

This is also true.Sri Lalita created Kameswara(or the Supreme Shiva or Sadashiva )from herself.And she created all other Gods from her body's various parts as mentioned below:

E. Lalita Devi directed them to continue the process of Creation. She herself continued to create certain things.

(i) From her long hair she created darkness.

(ii) From her eyes, she created the sun, the moon and the fire.

(iii) From the pendent hanging in front of her forehead came the stars.

(iv) From the chain above her forehead came the nine planets.

(v) From the eyebrows, she created the penal code.

(vi) From her breath, she created the Vedas.

(vii) From her speech, she created poetry and plays.

(viii) From her chin she created the Vedangas.

(ix) From the three lines in her neck, she created various Shaastras.

(x) From her breasts, she created mountains.

(xi) From her mind, she created the power of bliss.

(xii) From her fingernails, she created the 10 incarnations of Vishnu.

(xiii) From her palms, she created the Sandhyas.

(xiv) She created other things as narrated in the Purusha Sookta.

(xviii) From her smile, she created Vighneshwara.

(xix) From the Ankusha (a special hook), she created Sampatkaree Devi.

(xxi) From her cheeks, she created Nakuleshvari Devi.

(xxii) From her Kundalini Shakti, she created Gayatri.

And among the Dasamahavidyas her form is adored as the 16 year old Goddess Shodashi.

Salutations to the Goddess Shodasi , Who has completed sixteen years of age , Who has the l,ook of the primeval power , Who is well known as Srividhya and Panchavakthra

So,your state Goddess is the most supreme Deity Sri Lalita who is the source of all that exists and who is constantly served by other Goddesses like Saraswati and Lakshmi.

RickrossRickross
97.1k99 gold badges187187 silver badges350350 bronze badges
5
Add a comment  |
Like any library, Hinduism Stack Exchange shares great information, but does not offer personalized advice, and does not take the place of seeking such advice from any Acharya, Pundit, astrologer, Guru or other trustworthy Counselor.

13
How did Tripura Sundari come into existence?

29
Who is Govindaraja and how is he related to Venkateshwara?
10
What is the story of Vishnu appearing to sage Markandeya in Thiruvidanthai?
7
Who did Vishnu appear before in Thiruvahindrapuram, Bhumidevi or Bhumadevi?
7
Why does Periyalwar say that Krishna was born in Thirukottiyur rather than Mathura?
2
Is Bala Tripurasundari the daughter Parvati?
3
Explanation for the "spinal energy" and other "Kundalini awakening" symptoms?