I think Barbarika was son of arjun and came from patal lok of ancient time, Lord Khatu-Shayam is the same Warrior who was killed by Lord Krishna.

Who trained Barbarika to become so powerful, in a book I read most of the warriors were also scientists, So basically he invented this "self-propelled precision-guided munition system" which was able to attack anything by his guildelines.

What is the truth?

This is the Book 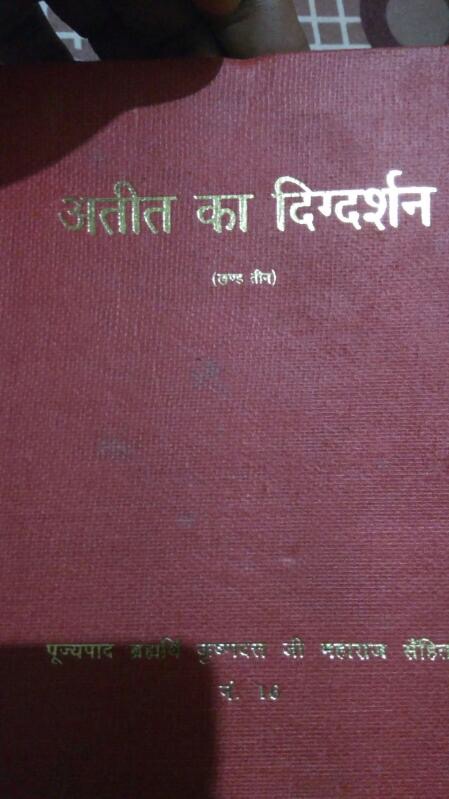 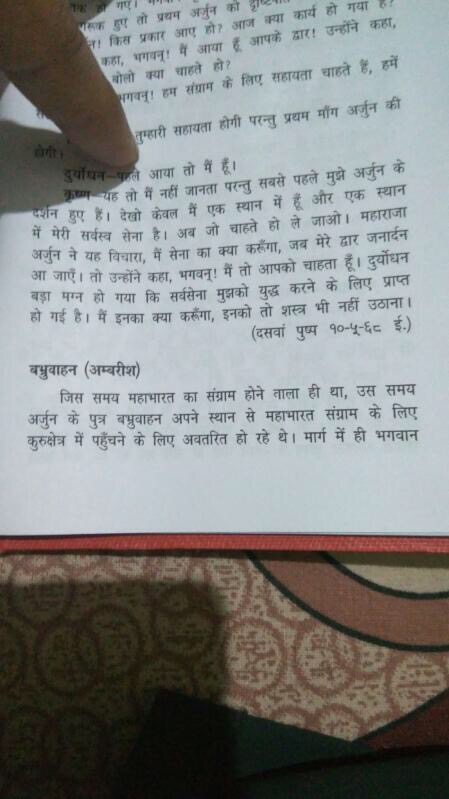 (Barbarika said I don't have army, Krishna wanted to test him) 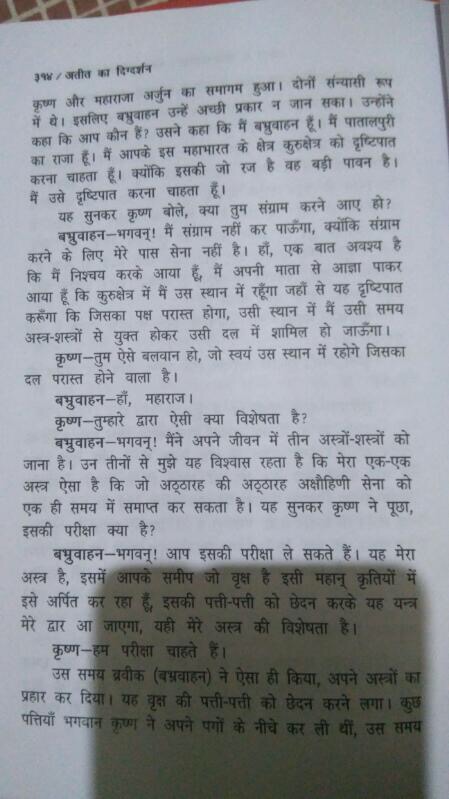 (Barbarika was able to finish every thing with in a moment) 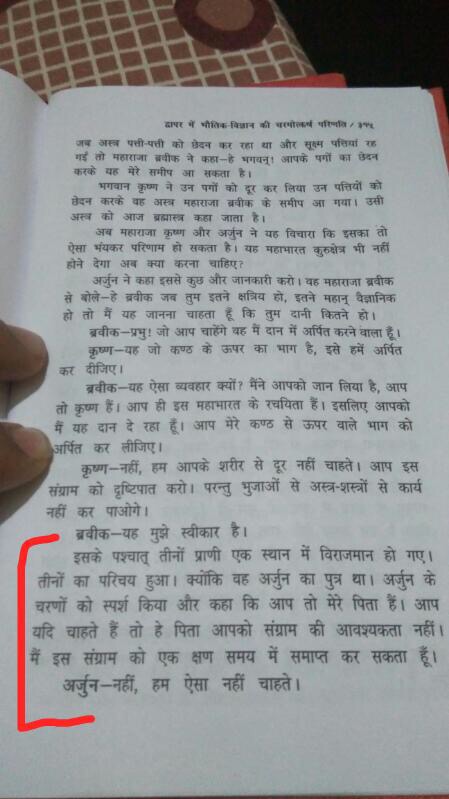 Complete story of events that lead to their marriage are described in Chapter 59 and Chapter 60 of Kaumarika Khanda.

Birth of Barbarika is mentioned in Chapter 60 of Kaumarika Khanda.

61.Thereafter, the son of Bhima sported with her in the forests of variegated colours and the banks of rivers like Ravana along with Mandodari.

62.Even as the son of Hidambi, a tiger among Raksasas, (a leader) of great lustre was sporting about thus, a son was born to him. He had the lustre of the rising sun.

63-66. As soon as he was born, he increased in size. In a moment he became a young man. He had the lustre of a blue cloud. His face resembled a pot. He had long eyes. His hair on the head as well as on the body rose up. He bowed down to his parents and said: “I bow down to both of you. Parents are the preceptors of a person born. I shall become free from the indebtedness to you by always doing what is pleasing to you. I wish to have a name given by you two. Thereafter what is conducive to welfare and prosperity should be performed.'

Thereupon the son of Bhima embraced his son and spoke these words:

67-68. “Since you have the hair like that of a Barbara, you will be named Barbarika, O mighty-armed one, You will increase the delight of the family. What is conducive to your welfare is glorified by the leading Brahmanas in various ways. Therefore, we shall go to the city of Dvaraka and ask Vasudeva, the Lord of the race of Yadu.'

Sri Krishna blessed the boy and taught him Kshatriya Dharma. As per suggestions of Krishna, Barbarika pleased various forms of Mother Goddess. Barbarika helped Brahmana Vijaya in performing Ganeswara Homa and Devas granted him the sacred ash obtained in Homam, which is mentioned in detail in Chapter 61 and Chapter 63.

Thereafter, Barbarika met Bhima and other Pandavas at Mahi Sagara Sangama, as described in Chapter 64.

When 13th year of Pandavas Vanavasa was over, various kings gathered and were discussing stategies and prowess of each other. When there were discussing time limit of each king to kill enemies (within how much time a king alone can kill all enemies) Barbarika said he would kill everyone in a Muhurta. Chapter 66 describes it in detail.

35-40a. On being asked thus by Vasudeva, the Lord of all living beings, Barbarika spoke out. He had the chest like a lion. He resembled a huge mountain. He was bedecked in different kinds of ornaments. His face resembled a pot. The sound of his laughter resembled the sound from a pot. The hair on his head stood up. He had great refulgence. His eyes shone like lightning streaks. He had the velocity of the wind. If he wished he could destroy the universe. He had unparalleled strength granted by the goddess. He spoke out thus, “O warriors, if you are inclined to see the means (to be) used, I shall exhibit it. All of you together with Kesava witness it.'

After saying thus he strung his bow and hurriedly fitted the arrow thereto. The entire portion of the dart was filled with ash resembling saffron. The ash fell on the soldiers of both the armies exactly on the vulnerable spot. (If they were hit there they would die instantaneously.)

44-46. After doing thus, Barbarika spoke once again: “Was this noticed by you all how the vulnerable spot was located by me? Now I shall discharge sharp arrows on the vulnerable spots of these, the arrows that will never fail, the arrows that the goddess granted me. Thereby, they will die in a moment. There is a solemn oath on the Svadharma-your own Dharma. No weapon should be taken up by any of you. I shall make these enemies fall down (dead) within a short while by means of these sharp arrows.'

After uttering these words by Barbarika, Krishna immediately beheaded Barbarika. When everyone was awestruck, 14 Goddesses appeared and explained the reason for beheading.

Before incarnation of Krishna, all Devas went to abode of Lord Vishnu to save Earth from Rakshas. So, Lord Vishnu decided to incarnate as krishna. But a Yakhsa leader named Suryavarchas said he alone would kill all Rakshasas and there would be no need for Vishnu's incarnation. Brahma infuriated at his arrogance and cursed yaksha leader to get killed by Vishnu's incarnation Krishna.

In the meantime, a Yaksa leader named Suryavarcas, lord of eighty-four crores, lifted his hand and spoke loudly: “What for do you promise to take birth in the human world which is a receptacle of many defects (and that too) while I am alive? All of you may rejoice in the heavenly worlds along with Visnu, I alone shall incarnate and kill these people who become burden to the Earth. There is a solemn oath on your Dharma, if you take up birth.”

62-65. When he spoke these words, the infuriated Brahma spoke to him: “O evil-minded one, you say that you can accomplish (the removal of) the great burden unbearable to all the Devas. It is only due to your delusion. O childish fellow, you are worthy of being cursed. Without pondering over what is relevant to the time and place, one's own power and that of the enemy, if anyone says anything in the midst of lords and masters, he deserves punishment. Hence at the start of the battle for the purpose of removing the burden, you will undoubtedly meet with the destruction of your body at the hands of Krsna.'

Suryavarchas requested Lord Vishnu to grant him the intellect to accomplish any task. Lord Vishnu granted that boon.

On being cursed thus by Brahma, he requested Visnu as follows:

66.“If my death must occur thus, O Lord, I make a single request. Grant me an intellect that accomplishes all tasks, ever since my birth.'

67.“So be it', said Kesava in the assembly of the Devas, “People will worship your head. You will be worthy of being adored by goddesses.'

(Sanskrit verses are taken from Dvaipayana.net and English translation from Skanda Purana by Motilal Banarsidass Publishers).

The Destroyer♦The Destroyer
30.7k1414 gold badges160160 silver badges328328 bronze badges
2
Add a comment  |
0
Want to improve this post? Add citations from reputable sources by editing the post. Posts with unsourced content may be edited or deleted.

The interesting thing about him is that:

Before the Mahabharata war, Lord Krishna asked all the warriors how many days they would take to end the war. All of them answered at an average of 20-15 days. When asked, Barbarika answered that he will end the war in just a minute.

Wait, how can he do that? Because he is the "bearer of three arrows" (you call it "self-propelled precision-guided munition system").

His one arrow is capable of marking all the things he wants to destroy.

His second arrow is capable of marking all the things he wants to save.

His third arrow destroys all the things marked by first arrow or unmarked by the second arrow.

Krishna tested and realized that no body would be able to escape his arrows.[Source]

Barbarika wants to side with the weaker side, but Krishna asks him not to do so as that side will surely win.So, he keeps switching sides during the war.

So, is there something we can learn? Any metaphors may be? Sure.

The three arrows are signs of three 'taapa's that a human being experiences. These include the physical, the mental and the emotional turmoils, conflicts and confusions that are found almost everywhere. These three 'taapa's are cleared with chanting of name of Shri Krishna. Thus, giving Barabarika the name "Shyaam", the Lord intended to remove the three 'taapa's of human life, symbolized by the three arrows, without which it might not be possible to destroy or overcome the 'taapa's.

One another legend says that the three arrows of Barabarika can be used as follows: First arrow to mark all the near and dear ones, relatives, etc., Second arrow to mark the people who are not part of the war or who are not taking any side in the war, and the third arrow to destroy everything that is not marked by first and second arrows.

1
The strongest warrior of all time in the time of Mahabharatha
6
What do scriptures say about Irāvān (son of Arjuna) who married Mohini avatar?
5
Name of the Demon who can finish the Mahabharatha in just a second?
4
Who was the wife of Ghatotkacha
5
Mentions of Barbarik or Yalambar in Mahabharata
4
Why Lord Krishna's feet became vulnerable?
2
What are the three Arrows of Barbarika and how he got them?

14
Why Nãrãyana (Vishnu) had to pray Rudra (Shiva) to obtain supreme powers? (excerpt from Mahãbhãrata)
11
Why Krishna took life of Barbarika before Mahabharata
2
Where are all the incidents mentioned by Dhritarashtra in the Mahabharata?
3
Who was Sanjaya?
9
How could Satyaki have defeated Karna so many times?
6
Did Sanjaya and Barbarika see Krishna's universal form?
3
Who was Kāśyapa?
4
Who is god Kala and who was the king released by Lord Shiva from god Kala?