How many mutts did Adi shankaracharya establish in his lifetime?

Adi Shankaracharya is an advaita philosopher and wrote commentaries to the prasthāna trayi and composed many stotras on different deities.. It is believed that he established four mutts(denoting four vedas) in four directions of India. They are

So how many monastery institutions did Adi Shankara establish in his lifetime? What do Shankara Digvijayas state about this?

If you want to know what Shankara Digvijayas say on the subject, the Kanchi Kamakoti site has a pretty thorough list of citations:

From Anantanandagiri (1119- 1199 A.D.) whose work is the earliest biography of Sankara, down to Mahamahopadhyaya lakshmana Suri (Author of "Bhagavatpadabhyudayam" -1917) of the last century, a number of reputed historians, distinguished scholars and researchers have candidly stated, in their works, that the Great Sankara established monastic institutions (mathas) at many an important and sacred places that he visited, during his digvijaya tours. Guhya-Sahasranama (Sanskrit) refers to five Sankaracharya Peethas (Mathas), -Kamakoti Peetha as presided over by Sankara himself, to four disciples, Suresvara, Padmapada, Totaka and Hastamala, to the places of the four other peethas and to five Sphatika lingas.

The Pracheena Sankara Vijaya refers to Sankara's residence in his own Matha at Kanchi, after ascending the Sarvajnapeetha.

The Keraliya Sankara Vijaya states that Sankara Desika staying in the Sharada Matha (The Sankaracharya Matha at Kanchi is known as Sharada Matha) and directing Suresvara to teach the Bhashyas to disciples. There is also the reference to the worship of the Yoga Linga to be performed by the sishyaparampara - continuous line of disciple Acharyas.

Sri Sadasiva Brahamendra in his Guru Ratnamala (Verse 31) indicates that the Bhagavatpada established the Sharada Matha at Kanchi, famous from the snow-clad Himalayas to the Southern sea, for the enforcement of Dharma. In Anantanandagiri's biography of Sankaracharya, it is said that Sankara established a Math at Kanchi fit for his own residence and his living there.

So all these sources apparently say that in addition to Adi Sankaracharya putting his four shishyas in charge of four Mathams, he personally established a 5th Matham in Kanchipuram. But the Madhaviya Shankara Digvijaya, the most famous biography of Adi Shankaracharya, doesn't mention a Matham at Kanchipuram. And the Sringeri Matham disputes the provenance of the Kanchipuram Matham.

In any case, all these biographies were composed centuries after the time of Adi Shankaracharya, so it's natural that there would be differences.

The mutt claimed that a structure seen nearby the Kamakshi temple premises the tomb of Adi Shankara. But when it was investigated, we came to know that it was an old Devi temple. Immediately Kamakoti Peetam renamed it as Shankaracharya Sannadi from Shankaracharya Samadhi. As there is no tomb identified in Kanchi, so Shankara never died in Kanchi. 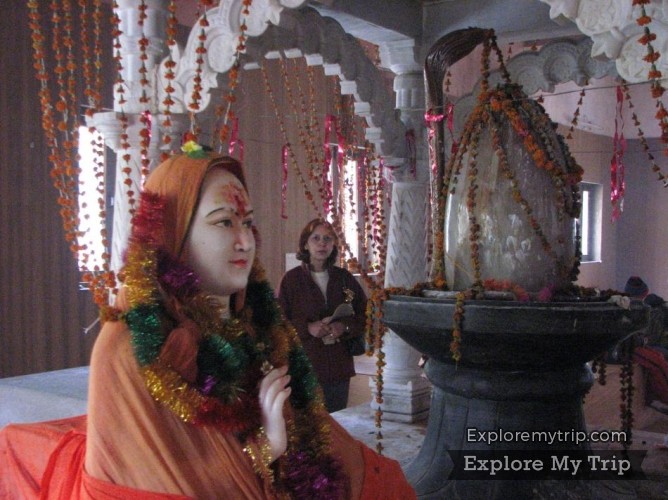 So, what is the real history of Kanchi Kamakoti mutt?

Not the answer you're looking for? Browse other questions tagged history advaita adi-shankaracharya .