Why hinduism did not get propagated to entire world?

Hinduism or Sanatana Dharma is considered to be one of the oldest religions. (Christianity came after Christ 2017 years ago or Islam came mostly after Paigambar).

What could be the reason that being so old religion, it got only limited to India, Nepal, Indonesia, Cambodia and few countries (considering the fact the Islam spread due to forced conversion and bloodshed)? What was the reason it did not grow or spread exponentially. At least it could have spread to other countries?

Hinduism does not have a start date.
In olden days, there was no religion called 'Hinduism', it was just Veda (vaidika) or Sanatana Dharma, and it was prevalent all over the world.
But only people in Bharata desh followed it strictly. Other tribes who followed it a little bit or not at all were the Mlecchas, Yavanas (Greeks), Turushkas (Turks) etc.

In past few hundred years, Western explorers called people who live across Sindh river (now in Pakistan) as Sindhus, which over time became Hindus.

Let's look at the 2 core concepts in the 2 most prevalent religions today - Surrender in Christianity and Namaz in Islam.

If you look at ancient texts in any religion, they have words and concepts which ultimately derive from Sanskrit/Vedas.
e.g. The word 'Brahma' is related to word 'Abraham' and Judaism/Islam/Christianity are all Abrahamic religions.

When some Christians say the earth is 6000 years old, they probably unknowingly refer to the fact that the present Yuga - Kali Yuga, started around 5000 years back. Their story of Noah's ark is the same as Manu's during great flood of Matsya avatara.

There are Hindu temples in Burma & Indonesia.
Kandahar in Afghanistan was the Gandhara desh in Mahabharata where Gandhari & Sakuni came from.
Kazhakistan was probably Kaikeya desham because in Ramayana, Bharata's wife was from Russia.
California in USA was probably originally called 'Kapilaranyam' - which was Kapila muni's ashram which Sagara kumaras found when searching for the sacrificial horse. The path they dug is now covered with water, hence it's called Sagar (or sea).

There are many more examples to show Sanatana Dharma was prevalent all over the world. Over time, in Kali Yuga, religion deteriorates, so new religions have to pop up to cater to the needs and characteristics of those who are unable/unwilling to follow tenets of Vedas.

ANSWER - Hinduism/Sanatana Dharma used to be prevalent all over world once. It is not prevalent nowadays, because people's minds have deteriorated and they're unable to follow its rules, while other religions have lesser/easier rules.

The desire to convert people from outside one's own culture is the exception rather than the norm.

Nomadic & hunter-gatherer societies bring their religion with them, but do not desire to spread their culture to others. Civilized cultures (where civilized in this answer means "settled, agricultural cultures with higher relative population density"), seeing the prosperity that comes with civilization, have no desire to adopt the customs or beliefs of hunter-gatherers or nomads. They are often considered "barbaric," "savage," or otherwise less than civilized peoples. This is why exile was such a harsh punishment in ancient times. That is to say, city dwellers have biases toward city life. This can still be observed today. 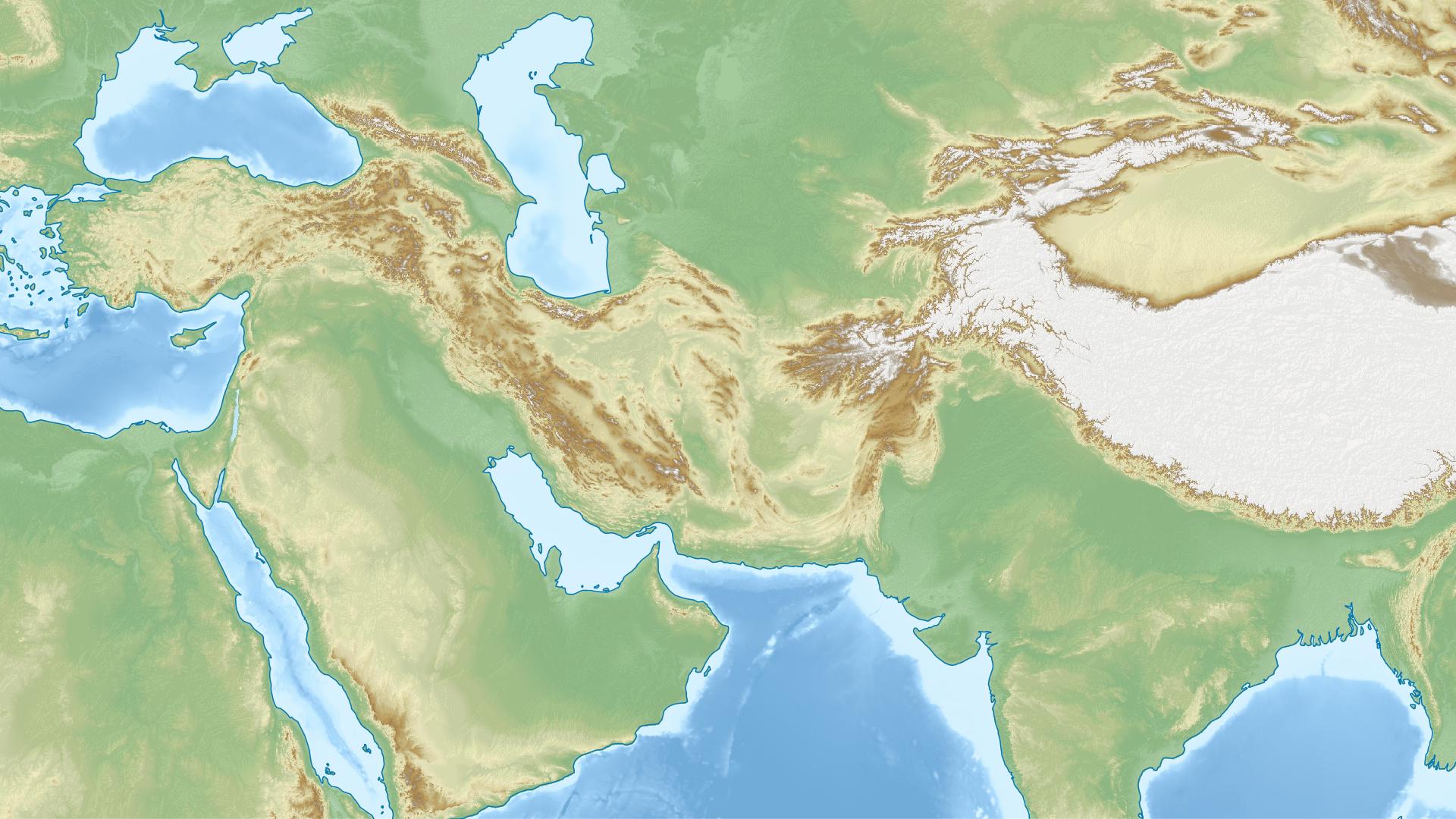 (Note: color here represents altitude, not climate or soil fertility.) As you can see mountains hindered early trade, but seas supported it. By the Bronze Age these regions had become largely interdependent. As proof, the collapse of the tin trade (among other factors such as climate change and the infamous "Sea Peoples") caused a catastrophic collapse in the 11th century BCE.

The cultures of these regions held in common a few important beliefs: immortality of the soul, a single worldly incarnation for each human, and henotheism or monolatrism. This meant that they tolerated the existence of other deities, but only served one. So, from prehistory on through early antiquity, there was no proselytizing among the region. For example, the Ancient Athenians did not think that the Ancient Thebans were wrong for worshiping Amun instead of Athena.

There were shifts within a society. For example Akhenaten outlawing the worship of anyone but Aten in the Nile Valley. There were also cultures which shared the same deities, for example the Akkadians and Sumerians. In their case, the Akkadians had conquered their Sumerian neighbours first. Religion diffused over time. This is the difference between proselytizing & conquest. Another example of diffusion of religious ideas is the several regional influences on Judaism. Again, this happened because of military conquest and the (disputed) slave trade.

Later, the shift from henotheism/monolatrism to monotheism coupled with the aforementioned assumptions of single incarnation and immortality in the afterlife implied that non-believers would be doomed to eternal suffering. Thus, there was a growing desire to save nonbelievers from eternal torment by changing their beliefs and thus their practices.

The Avestan faith on the other hand didn't spread significantly beyond the Persian Plateau during the growth of the Persian Empires (as far as we can tell, though it of course had influences on Western peoples' concept of good and evil).

In ancient India the Vedic faith blended with the traditional religion of the Indus Valley Civilization and later with indigenous animistic concepts (e.g., yakṣas). This didn't happen very far westward because the Avestan and Vedic faiths were diametrically opposed. For example the Vedic asuras (ásura) and Avestan Ahura Mazda (ahura mazdā) share the same linguistic root yet diverge in alignment. This is also the case for the Vedic Devas (daivá) and the Avestan daevas (daēuua). 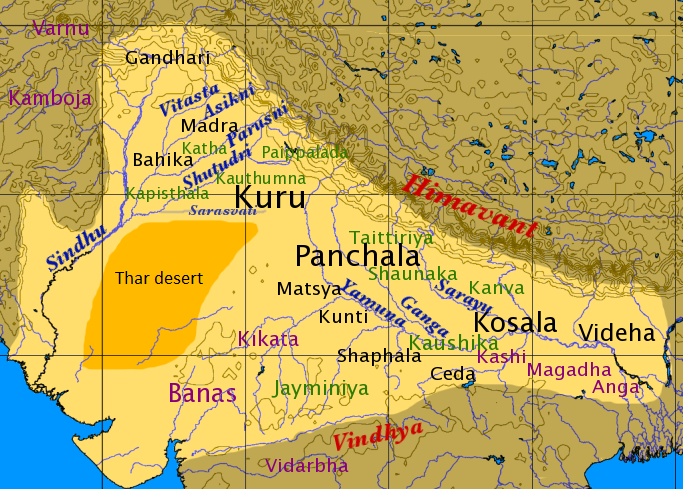 This shows the spread of the Vedic faith by the Late Vedic Period. It later spread to the rest of the subcontinent.

It wasn't until after 500 BCE that the śramaṇa movement birthed Jainism & Buddhism due to increased urbanization. Buddhism in particular spread widely due to the Edicts of Ashoka. Among other things these described Ashoka's desire to spread dharma to the rest of the world. While Western proselytizers focused on saving people's afterlives, Ashoka wanted Buddhism to improve the conditions of people in their lifetimes. He also wanted people to have greater respect for and kindness to animals. Ashoka did this despite Buddha teaching respect for other religions and their way of life.

The popularity of śramaṇa practices resulted in decreased prestige of Vedic Brahmins. But, around 200 BCE the Vedic faith shifted closer to the Hinduism we see today. Mīmāṃsā came as a response to śramaṇa ideology and worked to demonstrate the legitimacy of the Vedic texts. This gave āstika traditions a resurgence in popularity within India.

Still, there was no promotion of proselytizing. Hinduism spread to Southeast Asia incidentally via merchants who traveled there. It became more widespread under the Indonesian Hindu Majapahit Empire.

Hopefully this history demonstrates that there is a false premise in the question. Rather than asking "Why doesn't such-and-such religion proselytize?" we can only look at why a particular religion does. Of the religions around today, the only ones who do are the Abrahamic faiths (Christianity, Islam, Bahai'i, and to a lesser extent Judaism) and post-19th century "new religions." They do so because it is seen as virtuous.

Secondarily there are a few aspects of Hinduism that make proselytizing less likely. In the Vedic tradition all are understood to be one. How could I "save" you without first "saving" myself. However, in my attaining mokṣa, all can be understood to be liberated. As either a yogi or ascetic I could only refine myself, not others. In the bhakti tradition there are better reasons to gain converts, but this did not happen until after India had experienced proselytizers from the west.

The other major factor is that Hinduism accepts many beliefs. You can find monotheism, polytheism, pantheism, panentheism, pandeism, monism, and atheism among those who call themselves Hindu. As described above, the proselytizing Abrahamic faiths are all monotheistic. In theory, the single deity of those religions could be incorporated into Hinduism, but Abrahamic believers cannot accept Hindu deities (of course there are a few exceptions). Personally, I believe this is largely due to the mistaken belief that differently named "omni deities" are different deities.

Not the answer you're looking for? Browse other questions tagged other-religions islam conversion .

2
Why there is not Hinduism in Europe, Africa, N.A, S.A, Australia?
40
What is the origin of the word "Hindu"?
27
Is it true that one can not convert to Hinduism from any other religion or vice versa?
16
What are the steps for a person to take if he/she wants to convert to Hinduism?
11
Looking to learn about Hinduism?
10
Converting to Hinduism and Caste
7
Origin of the Sanatan Dharma
6
Is Hinduism brought by Aryans or Dravidians to India?
7
In the time of Ramayana & Mahabharata, which gods were worshipped outside India?
3
Vedic Age and Hindu Timeline
See more linked questions

27
Is it true that one can not convert to Hinduism from any other religion or vice versa?
11
Did Lord Buddha really not believe in God and the Vedas? If so, why?
5
Why Hinduism does not force any rules like other religions?
6
Why does Hinduism not encourage converting people of other religion?
3
Why are there so few countries at present where Hinduism is alive?