Is Guru-Shishya marriage prohibited in Hinduism?

Has it been written somewhere that Guru-Shishya marriage is prohibited in Hinduism?

Guru and Sishya relationship may not always ends in SPIRITUALITY as explained in this answer.

In Kacha and Devayani story Kacha tells Devayani that she is like a sister to him as she was the daughter of his guru.

In Mahabharata Arjuna spent one full year in the inner women apartments of King Virata as a dance teacher of Uttara. After his victory over Kauravas, Virata offers his daughter to Arjuna in marriage. Then Arjuna says as follows:

Residing in thy inner apartments, I had occasion always to behold thy daughter, and she too, alone or in company trusted me as her father. Well-versed in singing and dancing, I was liked and regarded by her, and, indeed, thy daughter always regardeth me as her protector.

O king, I lived for one whole year with her though she had attained the age of puberty. Under these circumstances, thyself or other men may not without reason, entertain suspicions against her or me. Therefore, O king, myself who am pure, and have my senses under control, beg to thee, O monarch, thy daughter as my daughter-in-law. Thus do I attest her purity. There is no difference between a daughter-in-law and a daughter, as also between a son and son's own-self.

Arjuna was not saying that scriptures prohibit Guru to marry his disciple, but it was because Uttara regarded him as his protector, and thus he regarded her as his daughter.

I do not know about other areas, but in Hindu telugu people's marriage, both bride and bridegroom will keep a mixture of Jaggery and Cumin, kept on a betel leaf, on the head of the other, at Muhurtha. 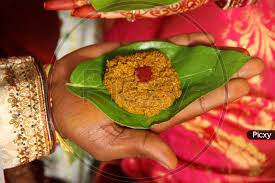 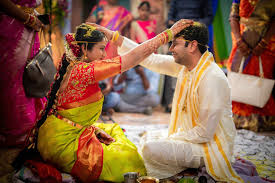 This is done to indicate that each will act as a guide or Guru to the other in achieving 4 purusharthas, ie., Dharma, Artha, Kaama and Moksha.

So it is only the feeling that counts.

Not the answer you're looking for? Browse other questions tagged scripture belief culture marriage guru .

14
Are there any core invariants to Hinduism?
7
Does Hinduism allow siblings to have their marriages at the same time?
3
Is love and marriage all part of Destiny?
7
Why does the Vishnu Purana and Mahabharat promote Child Marriage?
3
Cross-cousin(mother's sister's daughter) marriage? [Please refer to questions I linked]
4
Why, in general, consanguineous marriage is not allowed?