Who thinks the supreme Shiva's only forms are Nataraja, Dakshinamurthi, and Ardhanarishvara?

The term "Shaivite" is overused nowadays. For instance, Iyer Brahmins are often called Shaivites, but they're actually followers of Adi Shankaracharya's Smartha sect (which I discuss here and here), and simply adopt Shiva as their Ishta Devata. True philosophical Shaivism is relatively rare nowadays (in contrast to Vaishnavism which is pretty common). I discussed one genuine Shaivite sect, the Lingayat sect of Basava, in my answer here. But my question is about a more famous sect of Shaivism, known as Shaiva Siddhanta, which is based on the Shaiva Agamas and the poems of the Nayanars just as the Sri Vaishnava sect (of which I'm a member) is based on the Pancharatra Agamas and the poems of the Alwars.

Now the Shiva Tattva Viveka is a work by the 16th century Shaiva Siddhanta philosopher Appaya Dikshitar which seeks to show that Shiva is supreme. In this excerpt from the Shiva Tattva Viveka, Appayya Dikshitar makes a distinction between Paramashiva, whom he considers to be the supreme Brahman, and Rudra, the god of destruction who's part of the Trimurthi. And then he addresses the question of what forms of Shiva are forms of Paramashiva as opposed to Rudra:

Now among the images of Shiva described in the Puranas, etc., which are of Paramashiva and which are of Rudra with attributes? Some say that the form with the blissful dance, i.e., Anandatandaveshvara, the second being Dakshinamurti and the third one being Ardhanarishvara in the dancing posture. Only those forms are of Paramashiva. Other forms are of Rudra endowed with guna. We do not like it, because in Yogayagnavalkya, Paramashiva is mentioned in the form of the five-faced Sadashiva[.]... In the Kurma Purana... [Shiva's] image as sitting with Uma as his consort and holding the trident weapon is mentioned with the words "athanvapashyadgirisham ... sanatana,". Therefore according to the teachers of the Agamas, other forms of Paramashiva should also be accepted. They are not shown here because the judgment about them is very secret and can be understood only with the instruction by a guru. 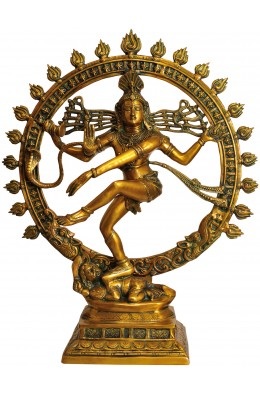 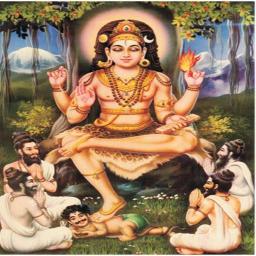 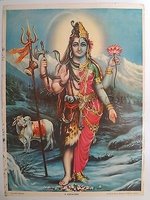 For those who don't know, Anandatandeshvara refers to Nataraja, the dancing form of Shiva whom I discuss here. Dakshinamurthi refers to the South-facing young sage form of Shiva whom I discuss here. And Ardhanarishvara refers refers to the half-Shiva half-Parvati form. It seems that "some" people say that these are the only three forms of Paramashiva and that other forms are merely forms of Rudra, but Appaya Dikshitar criticizes this view and says that the five-headed Sadashiva form whom I discuss here as well as the form of Shiva holding a Trishula and sitting next to Parvati are also forms of Paramashiva. He says his view is the view of the teachers of the Shaiva Agamas, which I assume refers to Shaiva Siddhanta Acharyas.

But my question is, who believes that Nataraja, Dakshinamurthi, and Ardhanarishvara are the only three forms of Paramashiva? I've never heard of this view before. It's strange that someone would believe that the five-headed Sadashiva form is a manifestation of Rudra. But I suppose it's possible in principle for a Shaivite sect to deny the existence of five-headed Sadashiva altogether

In any case, does anyone know what Shaivite sect believes this? And does this sect still exist?

14
What is Shakti Visishtadvaita philosophy?
14
Difference between Smartas and Advaitins?
9
Did Tamil Vaishnavites (Iyengars) descend from Shaivites (Iyers)?
6
What is Apasmara?
8
What scriptures mention Shiva's Dakshinamurthi form?
13
Does Sadashiva ride a tortoise?

7
What commentary on the Brahma Sutras does the Saiva Siddhanta Church support?
5
Does Kumarila Bhatta say you're always reborn as the same species?
4
Who are the beings above Para Shiva recognized by Tirumular?
6
Do all Shaiva Siddhantins reject Vamachara practices as sinful?