My Surname is Yadav and my gotra is Gargeya . Is that possible because Gargeya are Suryavanshi lineage and Yadav are Chandravanshi lineage. I am confused. I am from Maharashtra if it helps.

Well as you can see from the screen shot below & here that Bhuvamanyu (भुवमन्यु).— A son of Vitatha, and father of four powerful sons, Bṛhadkṣatra and three others including Garga, was the successor of King Bharata who was a Chandravanshi.

According to the Mahābhārata (Adi Parva), Bharata was the son of King Dushyanta and Shakuntala and thus a descendant of the Lunar dynasty of the Kshatriya Varna. 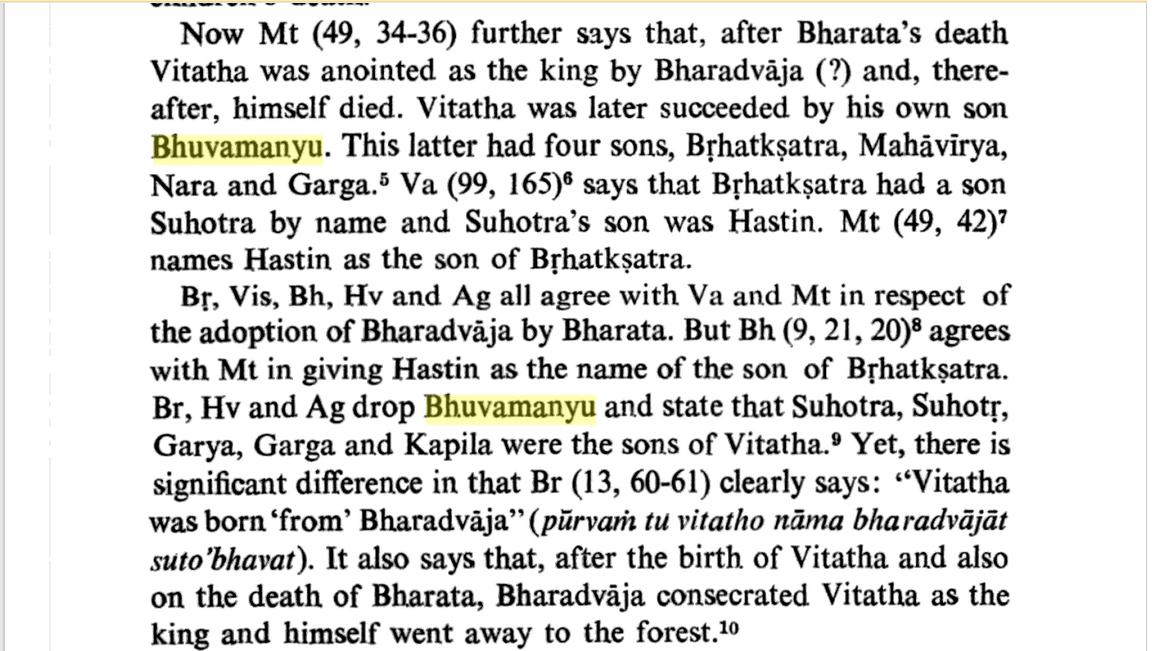 But I found another definition that matches the gotra you are seeking:

So Garga are from Chandravanshi lineage.

Not the answer you're looking for? Browse other questions tagged gotra .

12
Who was Maharshi Garga?

5
Can different people of different varna share the same gotra?
3
Who was Koushika (of Koushika gotra)?
1
Is Kashyapa gotra same as Koushika gotra?
3
How is the gotra determined
10
Does progeny born out of varNa-SaMkara (intermixing of classes) also derive gotra from father?
2
Who was Sankhyanasa rishi and what is his gotra pravara?
4
Why are Gargeya and Bharadwaja Gotra distinct?