What is the great achievement by this maharishi? How the God appeared before him and what the God asked him to do?

Gunaseela Maharishi felt inseparable devotion to Perumaal and beseeched Perumaal to come with them. On hearing this devout Bhakta of his, Perumaal said that he had committed to grace darshan onto devotees from Thirumalai till the end of the current Kalpa and told Gunaseela Maharishi to perform Tapasya upon returning to the Ashram, by receiving the right notion from his GuruNatha ThAlpiyar to undertake the same, assuring Gunaseelar that his intention will be duly fulfilled.

Gunaseela Maharishi upon returning to his Ashram, after duly bathing in the river Cauvery, undertook steadfast Tapasya, meditating with his Manas one-pointed on SriVaikunthaVaasudevar(ஸ்ரீ வைகுண்ட வாஸுதேவனை மனதில் தியானம் செய்து தவம் இயற்றலானர்). His Tapasya undeterrable - amidst PanchAgni in the summer, donning wet vasthram in Winter, Standing in Water during Monsoon. Devas became aware of it and became afraid. Indra, fearing that his post might be usurped, launched a host of attacks with Thunder, Rain, Storm, Lightning and other numerous means attempted to shatter Gunaseelar's Tapasya in vain.

The Devas flabbergasted by defeat approached Lord Brahma and enquired onto the reason for Gunaseelar's Tapasya. Brahma immediately saw with the power of his Jnana Dhrishti that Gunaseelar, with the express intent of being graced by Perumaal in his Ashram, was meditating unshaken on SriVaikunthaVaasudeva. Thus, having heard from Brahma that they had nothing to fear, the Devas paid respect to Lord Brahma and returned to their abode. Such is the greatness of Gunaseela Maharishi's meditation on Perumaal.

In due time, EmPerumaal SriVaikunthaVaasudevar along with SriLakshmi ThAyAr set out on VedaSwaRoopan GarudAzhwan to Gunaseela Maharishi's Ashram to grace him who had taken Perumaal himself as his only refuge and meditated unwaveringly. 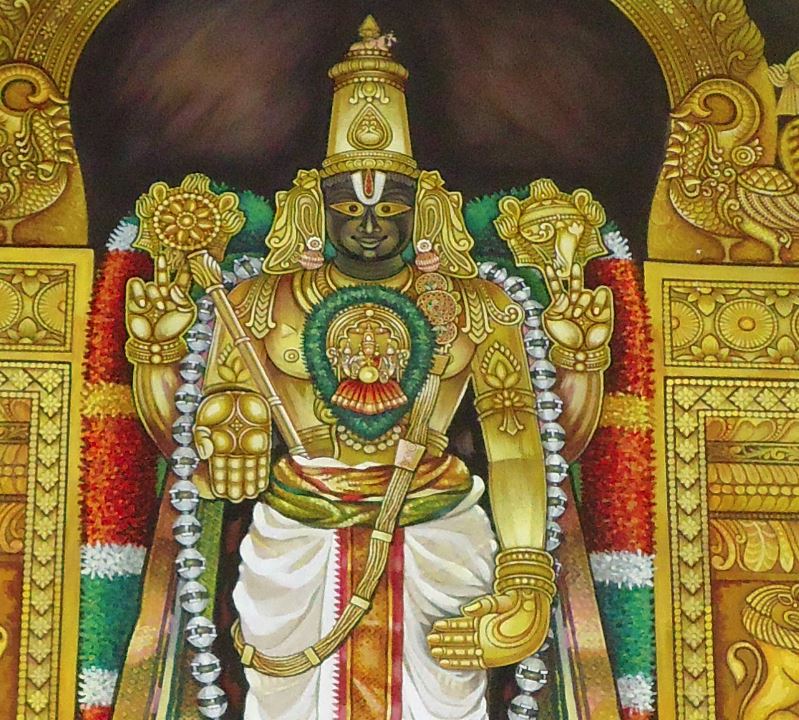 Not the answer you're looking for? Browse other questions tagged rishi bhakti .