What is the chronological order of appearance of Jyotirlingas?

Can anyone give me chronological order of their appearances? 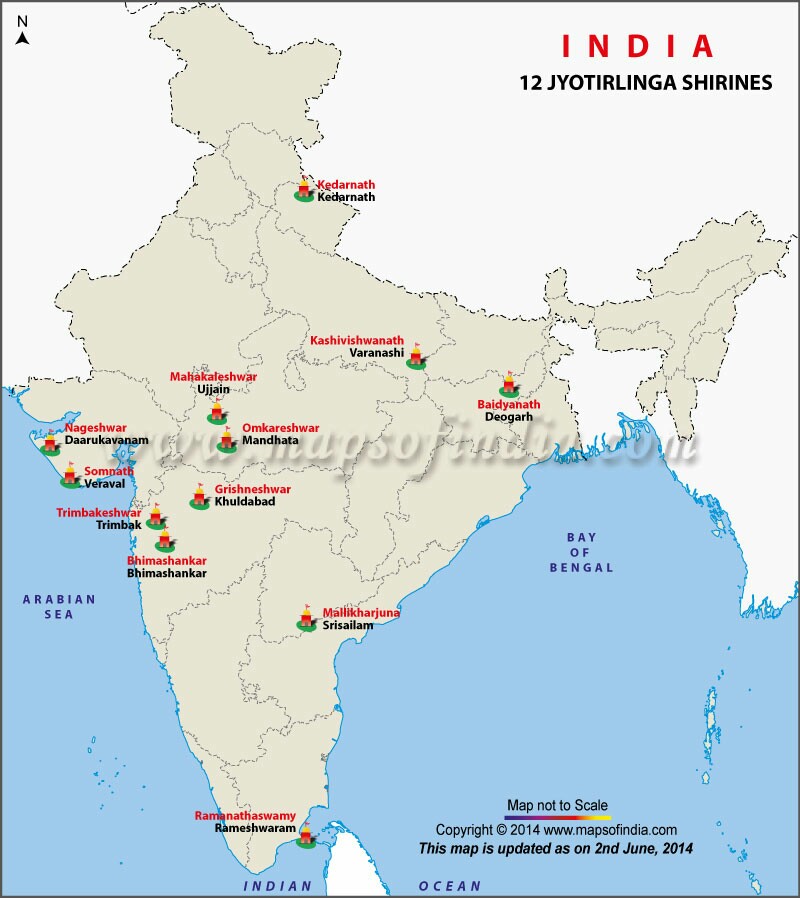 While I have not been able to find any Pauranic reference as answer to this question, we chant the "Dwadasha Jyotirlinga Stotram" which is sung in praise of the twelve Jyotirlingas. It would be logical and believable to accept this as the chronological order. The prayer swings from Western India to Southern India to Central India to the Himalayas to the Eastern Part before swinging back to the West and so on. Therefore based on the "Dwadasha Jyotirlinga Stotram" the following is the chronological order:

(3) Mahakala in Ujjain in Madhya Pradesh

As the stotra says :

This is the list of the Twelve Jyotirlingas of shiva as they appeared, the individual who with devotion reads / chants this stotram will be blessed with beneficial fruits and attain the loka due after his death.

Not the answer you're looking for? Browse other questions tagged shiva shiva-purana shiva-lingam jyotirlinga .

17
What scriptures discuss Ghandaberunda, the bird beast created by Narasimha?
6
Can a non-Hindu worship a Hindu deity?
12
Why did Shiva and Adishakti have to separate to create the universe?
11
Is Shiva Sankalpa Suktam also a Khila Sukta of RigVeda?
5
What are the symbolisms behind Lord Shiva speaking tantras and agamas to Devi?
6
Looking for Sri Kalki's stotram to Lord Shiva in Sanskrit
0
Why Maa Lakshmi says that neither Lord Brahma nor Lord Vishnu only Lord Shiva commands her to move from one place to another.?