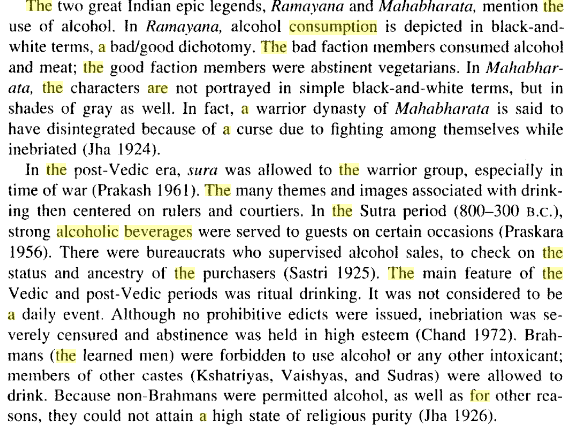 This answer adds on to the accepted answer. In Manusmriti I could only find the following verses related to kshatriyas:

11.90. A twice-born man who has (intentionally) drunk, through delusion of mind, (the spirituous liquor called) Sura shall drink that liquor boiling-hot; when his body has been completely scalded by that, he is freed from his guilt;

11.91. Or he may drink cow’s urine, water, milk, clarified butter or (liquid) cowdung boiling-hot, until he dies;

11.92. Or, in order to remove (the guilt of) drinking Sura, he may eat during a year once (a day) at night grains (of rice) or oilcake, wearing clothes made of cowhair and his own hair in braids and carrying (a wine cup as) a flag.

11.93. Sura, indeed, is the dirty refuse (mala) of grain, sin also is called dirt (mala); hence a Brahmana, a Kshatriya, and a Vaisya shall not drink Sura.

16
What are the counter-arguments within Hinduism(scriptures) against the Birth based Varna and Caste system?
4
Are som rasa and Madhu different kind of juices (alcohol?) or are they the same thing?
3
Does Manusmriti (or similar works) prescribe punishments for Brahmins who propagate scripture to the undeserving?
1
What is the reason for metaphors relating to liquor being so frequently used in Hindu holy books?

7
Is Hinduism a bit partial to Kshatriyas?
9
Which scriptures say that the Kings and Kshatriyas are allowed to hunt animals?
8
Which Kshatriya and Vaishya communities continue to wear the Yajnopavitam today?
8
Why did Shree Krishna have 16108 wives if Kshatriyas are only eligible to take a maximum of three wives?
4
Are Varna and Caste same or different?
2
Bahujan Samaj are Vaishya not Shudra
3
Is Hinduism only for Brahmins and Kshatriya men?
4
What are the incidents from old scriptures in which Kshatriyas honored the Brahmins?