Does the Devi Bhagavatam say that Lakshmi and Saraswati are daughters of Parvati?

The link where I found this bizarre claim is here: http://www.iskcondesiretree.com/forum/topics/devi-bhagwatam-or-devi-purana-controversy

There is nothing bizarre or surprising in it.

Even the Brahmanda Purana says that Mother Lalita recreates the entire universe and recreates every deities including Lakshmi and Saraswati.

Swami Vijnanananda in his Foreword to his translation to the Devi Bhagavatam says:

What the Srimad Bhagavat is to the Vaisnavas, the Devi Bhagavatam is to the Saktas. The question of the priority of the two Bhagavatas has been often discussed more in the spirit of partisians rather than that of sober scholars.

I think you will find that there is some distortion in the website you cited.

Yes according to srimad devi bhagwatam every one is her children and there is nothing bad in that that's why she is called jagatmata which means the mother of the universe. Even during durga puja we bengalis depict maa laxmi and maa saraswati as the children of maa durga. It's just that in adi parashakti form i.e. maa lalita tripura sundari or maa bhuvaneshwari form she is the mother of every one even the gods and tridev and her husband is lord madan kameshwar triyabakam bhairava also called as lord bhuvaneshwar. 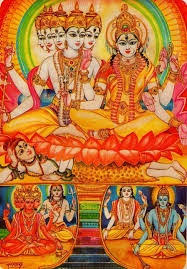 [The image showing maa bhuvaneshwari sitting on the lap of lord bhuvaneshwar and the chair is made of lord shiva as a sitting plank and lord maha brahma, Mahavishnu, mahadeva, and Rudra as the 4 stands of the chair.] 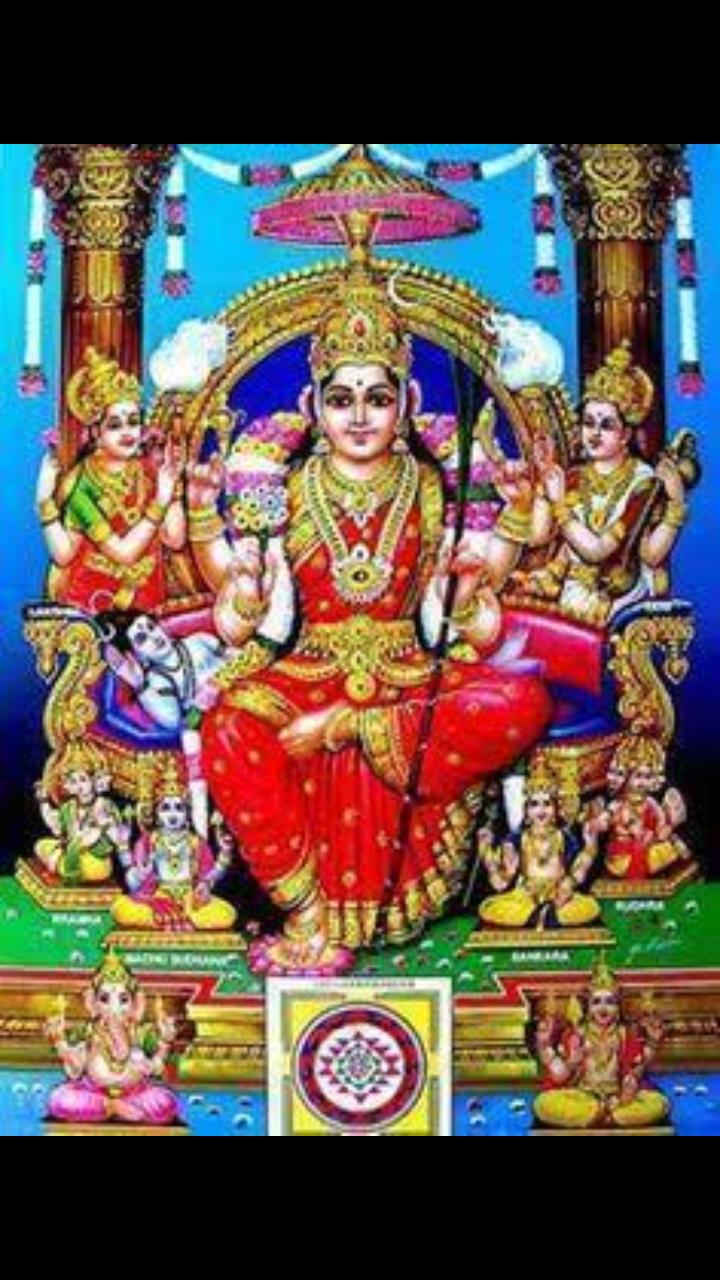 [Here you can see mata laxmi and mata saraswati fanning maa Tripura sundari and along with the tridevs lord skanda nd lord ganesha are also sitting down, which signifies that she as the mother of the universe and all gods and goddesses.] 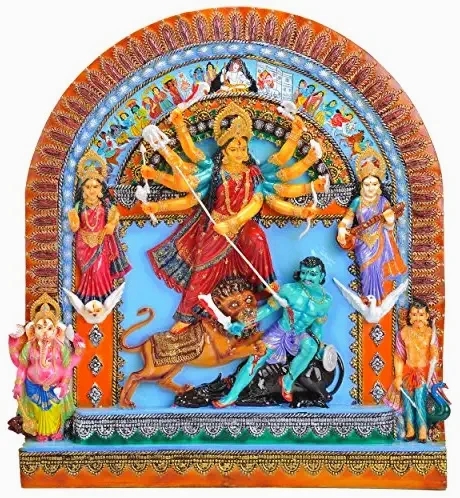 [As You can see devi Lakshmi and Devi Saraswati are the daughters of Maa Durga. Whose husband is Lord Shiva.]

And as for the other topic about devi bhagwatam being controversial parana actually it's not and I don't like these iskonis people questioning the authenticity of devi bhagwatam because when your own house is made of glass don't throw stones on other people houses. Krishna bhagwatam being the upa purana which it is became the main and even mahapurana for some people due to the fake advertisement by these people. There is a saying in hindi na "jo dikhta hai wohi bikta hai" it's like that only. Because at earlier period they were at highest offical position and there were no social media etc to even debate which text is authentic and which is not.

Devi bhagwatam is the most authentic pura and is called mahapurana due to its greatness by vyasa himself.

Though i can't say if krishna bhagwatam is fake or not but it is definitely not the work of Veda vyasa. Because according to Mahabharata all the 18 Puranas are made before the creation of mahabharata. Krishna bhagvat Purana which is said to have written after Mahabharata will become puran number 19th which is impossible as there are only 18 authentic Puranas. Again it contradicts with the verses of mahabharata itself which as an author vyasa could not have done. Again as an author someone cannot write 2 books with same name that's insane and also the fact suta died even before the birth of Bhishma himself so reciting krishna bhagwatam was just impossible for him and even according to Mahabharata, king parikshit locked himself inside a specially made palace to save himself from takshaka so he didn't even met anyone at that time. It is said that srimad bhagwatam suppose to have 18000 verses but krishna bhagwatam only has around 14000 rest 4000 are not there where as devi bhagwatam has 18000 verses and it doesn't contradicts mahabharata and also describes the death of suta before the birth of Bheeshma. Even in every Purana devi bhagwatam is described as the 5th Purana to be made so it only means one thing that krishna bhagwatam is a upa Purana written by some one totally different person.

“Among the list of eighteen Puranas there exists a supreme Purana, the greatest one by the name of ‘Devi Bhagavatam’ which confers all the four pursuits viz. dharma, artha, kama, moksha”.

According to Shiva maha purana, see the serialisation.:

“First is the Brahma Purana, second comes the Padma, third is the Vishnu, fourth is Shiva, after that comes Bhagavatam (5th) thereafter comes Bhavishyat Purana”.

According to brahmanda Purana.:

“She is the fifth, the lordess of the five elements, and worshiped with methods comprising five”.

Here you can see there is another bhagvatam Purana is there which is actually an upa Purana described by other Mahatma but not by vedavyasa.

So it concludes that this upa Purana is krishna bhagwatam which is composed by some other author not by Vedavyasa himself.

I know some people will say that krishna bhagwatam is mentioned in other Puranas also. I don't think Veda vyasa himself will go and rewrite his Puranas after completing his “last Purana"(according to other people). The most interesting example is the verses in skanda Puranas which is glorifying krishna bhagwatam as a mahapurana in vishnu khanda thus contradicting itself only as in above verses it has said the same thing about devi bhagwatam. So it's a clear case of interpolation. If some people can create a upa Purana and sell it as a main mahapurana than they can also interpolate other Puranas by inserting some fake verses. I haven't seen Ramanujam the originator of Vaishnavas have ever talked about krishna bhagwatam which made srimad krishna bhagwatam clear as a upa Purana.

For more and detailed information go to this site than all of your doubts will get clear like a crystal.

Edit.: Let me give some more proof to support my claims.

Chapter 53 of Matsya Purana mentions Kalpas of all Puranas except Brahma and Markandeya Puranas.

So, here only ,one bhagwatam purana is mentioned which was from sarsvata kalpa.

The Srimad Krishna Bhagavatam states it was written in the present Kalpa:

Translation: O King, I shall in due course explain the measurement of time in its gross and subtle features with the specific symptoms of each, but for the present let me explain unto you the Pādma-kalpa (i.e. the Svetavaraha Kalpa).

As per Chapter 46 of Markandeya Purana,

42. For a hundred of his (Brahma's) years is denominated a Para; and a Parardha or half a Para is well-known to be composed of fifty years.

43. So then a Parardha of his life has elapsed, O brahman; at the close of which occurred the Maha-kalpa, which is famed as the Padma.

44.Of the second Parardha which is now passing, O brahman, the first kalpa (or cycle) ordained is this one called the Varaha.

Lord Brahma's life-span is mentioned hundred (100) years (in which day is known as Kalpa). Lord Brahma's 100 years are known as Para which is his life span.

And Parardha or half a Para is of fifty (50) such years. In another words, Lord Brahma's life-span is of 2 Parardhas.

And at the end of Padma Kalpa (previous Kalpa), first Parardha got over i.e. half life span of Lord Brahma got completed and Lord Brahma is in his second half of life which is Baraha Kalpa.

Again we saw that Baraha and Padma are not the same kalpa both according to markandeya Purana and matsya purana so it is contradicting every other Puranas of vyasa. How is that even possible. Its only possible because it was written by someone else some one totally different person. Its like Hrithik Roshan from lakshya movie singing main aisa qu hu and then saying main jaisa bhi hu waisa hi hu. So pun apart it's now crystal clear which one is original and which one is substitute.

So I rest my case here.

13
Is Mahishasura Mardini Lakshmi or Durga?
7
Are there sects for Lakshmi or Saraswati?
4
References to the Kaumari form of Devi
4
Why does Devi Bhagavatam say some Agamas as tamasic?
7
Does the Kalika Purana identify itself as "Srimad Bhagavatam"?