Doing “evil” or “good” after being self-realized wont affect such an “individual” because he is not bound to the illusion of the material, yes or no?

PS!: Dont bother saying things like there is no "I" or similiar statements or explanations, since if I dont use these specific words no one would understand what I am asking. LOL! Just answer my question directly, please. Thanks

The answer to your question is Yes.

This is what Lord Shiva says in KulArnava Tantram's 9th chapter:

Those who have realized self (or Brahman) are neither affected by the performance of thousands of Aswamedha yajna nor by the sins of killing numerous Brahmins.

One, who has attained self, is unaffected by both. This is the purport of the verse.

The person who has attained tattva gyana (or the knowledge of self) has all his karmas (both good and bad) destroyed. And he is not affected even if he performs those karmas again.

He who contemplates on this [the lotus at the Ajna Chakra or on the Itara Shiva linga that is situated there], standing or walking, sleeping or waking, is not touched by sins, even it were possible for him to do the sinful works.

Also from the same,

Doing and not-doing
both arise from ignorance.
I know this.
And I am here.
12.6

So your question - Doing evil or good after being self realized has affects or not?
is a flawed & self contradictory question, simply because

How can he be self realized until he is doer? 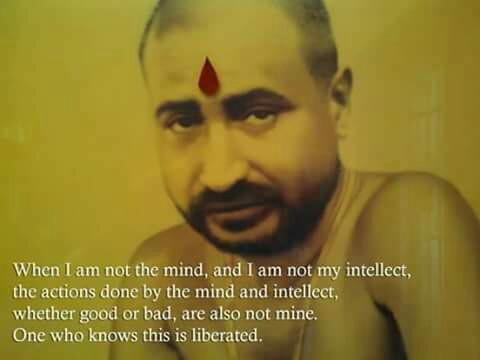 Not the answer you're looking for? Browse other questions tagged karma practice moksha maya mukti .

1
Does she/he should leave noble/Good works or stop praying God because there is no output in doing noble/good works and praying the God?
3
Is there any statement that bhakti destroys karma?
2
Mantras, Initiation and Practice