If Shiva Linga is worshiped in all yugas then what curse did Rishi Bhrigu give to Lord Shiva?

Firstly, Can anyone really Curse Lord Shiva?
Do the sages who come for fractions of time in the Universe have power to curse the Lord Shiva? No, it isn't possible. When in a story we see that someone curses Shiva and Shiva suffers from it, it is not that Shiva suffers because of effect of that curse, it's because Shiva wishes to do so. Tapa Shakti of Rishis are of no comparison to curse Lord Shiva who has infinite powers. For eg. When Lord Shiva and Lord Vishnu went to Daruvana taking the form of man and women then sages curse Lord Shiva there, but he is totally unaffected by the curse:

Then the sages spoke extremely harsh words to Siva, having the matted locks of hair over the head and under the influence of Maya, they started pronouncing curses on Shiva. But all the words spoken by the sages as well as the curses, became infructuous before lord Siva, in the same as the stars disappear on the rising of the sun. Thus finding their tapas being of no consequence, the confused sages, went close to the bull-bannered Siva and asked him, “Who are you Sir?"

So, curse on Shiva only works when he wishes it work. Thus all curses which Shiva will receive are already pre-planned and those curses also act to serve as something good.

Secondly, it isn't necessary that how powerful a sage maybe he is all aware of Shiva-Tatwam. For eg. In the Daksha Yajna episode many sages and Gods were deluded by Maya of Uma and they forgot that it is impossible to perform a Yajna without invocation of Parameswara. Only Dadhichi was the sage there who had known that it is impossible to perform Yajna without invocation of Lord Isha. Sage Bhrigu was also there and he too was deluded. When Sati died he even created Army of Ribhus to fight against Shiva Ganas and he was latter punished by Virabhadra and Manibhadra:

He (Virabhadra) strucked and smashed Bhrigu while the valorous Manibhadra kicked him on his chest and plucked of his moustaches. [Shiva Purana Rudra Samhita chapter 37]

So, being deluded by Maya sages and even gods can forget things like invocation of Parameswara. So, it isn't surprising that Bhrigu gave a similar curse which was not actually a curse at all. So the thing like Shiva being worshipped in Linga form from time beginning can be forgotten by sages too in the influence of Maya.

Thirdly, entire Universe is just play of Shiva. He takes everyform which exists here and plays with himself. Svetasvatara Upanishad says 'Sarvãnana Shirogriva' / 'All necks his necks, all heads his heads... ' and Vedas also say 'Sarvo vai Rudrastasmai Rudrãya namo aastu' / 'Rudra is everything that exists, Salutations to him who is such.' And the SataRudriya of Yajurveda also talks of Lord Shiva being in the form of each and every form of Universe. Some verses I also discuss in my answer here. So, the sages like Bhrigu are none other than Shiva. In the Mahabharata also in the Anushashana Parva it is stated:

So, Shiva himself reducing his consciousness is in the form of sages like Bhrigu also. So, curse of Bhrigu is like Shiva playing with himself. But whatever Shiva does it always results in good as also discussed here:

Since by all his acts he performs sacrifices for all and seeks the good of every creature, therefore he is called Shiva. [Anushasana Parva clxi]

The episode of Bhrigu cursing Shiva happened near beginning of present Kali-Yuga which is also continued with Lakshmi being angry and Vishnu coming in the form of Venkateshwara. In the Kali-Yuga the path of Vedas is distorted and people have low intellect. So, worship through Shiva-Linga can be the best method to worship Shiva. Through Shiva Linga one can worship without knowing mantras too, ie. by offering water only too. And in this sinful age of Kali worship through Linga has immense merits. So, we can say that curse of Bhrigu is just plan of Shiva to reinforce his worship through Linga.

As per PADMA-PURANA : SECTION VI : UTTARKHANDA: Chapter named 'The Three Gods Subjected to Test by Bhrgu',

Since he (Shiva), arrogant due to the company of a woman, thinks lightly of me, he shall have the form of clitoris.

From today onwards people would make offerings of forbidden articles to him. May Siva's devotees, having ash, phallus and bones be impious and out of the Vedic fold. 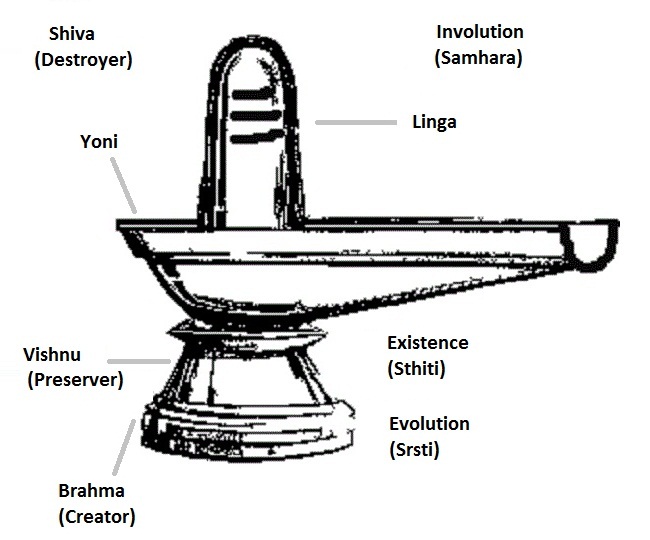 Even if Mahaarishi Bhrigu did put curse of shiva that he won't be worshiped in your body form but instead in your bodyless form (nirakar). Shiva already had two forms to be worshiped. If one formed is being cursed then second is open still.

This is the curse that Shiva got from Maharishi bhrigu.

The disciples of Lord Siva “Nandeeshwara, Bringeeswara, Chandeeswara, along with other disciples were absorbed in chanting the name of ‘Siva’ in the Silver Mountain of Kailash – The Abode of Lord Siva. Maharishi Bhrigu who reaches Mount Kailash, directly enters Lord Siva’s private room without heeding to the guards warning. Lord Siva who was with his wife Goddess Parvati, on seeing Bhrigu becomes angry. He says to Bhrigu “you are the learned man, who know the Vedas. By great penance you have acquired great powers, yet you do not have manners. It is shame on your part. Angry Lord Siva aims this trishul towards Bhrigu.

Maharishi Bhrigu turns angry and says to Lord Siva: Siva, without trying to understand why I have come here, you aimed your trishul towards me. I curse you that “you will be worshipped in the temples only in the shape of ‘Linga’ and not in your real shape.” Thus cursing Lord Siva, Bhrigu leaves to Vaikuntam.

I can posts many more links and all says only one thing that Actual curse of Bhrigu Rishi was to worship shiva in linga form only. A simple google search will show you tons of articles and all describes same curse.

1
How does the god Shiva changed to Lingam idols
1
Why God Shiva used trident on Kashyapa's son? and why could not he save his own son (Ganesha) from curse?
56
Why is Shiva primarily worshipped in a linga form?
11
I want scripture-based explanation for "God is Everywhere"
20
What names of Lord Shiva used today are from Vedas?
11
Why Maharishi Bhrigu was so powerful?
6
Did the destruction of Daksha's sacrifice also happen in present Vaivasvata Manvantara?
1
Why does Canto 4, Chapter 2 of Bhagavata Purana insult Shiva devotees?
5
While praying, who are allowed to touch/caress "Shiva Linga", the sacred phallus?
-2
Why people worship shiv-ling?
See more linked questions

7
Why did Lord Krishna curse Ashwatthama?
15
How Rudra became Shiva in Vedas?
2
Did a devotee curse Lord Vishnu to turn into a stone?
5
Why Indra is not worshiped in general regular worship?
4
Which puran describes about the curse of kashyap rishi by which Shiva had to behead his son?
3
Did Maharshi Narada curse Lord Brahma?