What scripture does the Kamokarshit Mantra come from?

Alfred Lord Tennyson said "In the Spring a young man's fancy lightly turns to thoughts of love." Well, in the Summer a Brahmana's fancy lightly turns to thoughts of Avani Avittam! Avani Avittam, aka Upakarma, is a ritual performed on the Dakshinayana day in August where Brahmanas change their sacred thread. That's because traditionally you are supposed to begin Vedic study on the Dakshinayana day in August, and stop it on the Uttarayana day in January. And then you resume Vedic study in the next August. (Between January and August students would study subjects other than the Vedas.)

Proceeding at this pace, it would take 12 years to learn one Veda, and 48 years to learn all four. But in the Kali Yuga, students are not willing to wait so long to learn the Vedas, so violating scripture they learn the Vedas all year long. So the Avani Avittam ritual includes a Prayaschitta where you repent for not taking the mandatory break between January and August. Here'sthe procedure for it, from the Avani Avittam ritual I follow:

So as you can see, you are supposed to do Japam or repeated chanting of the mantra "kāmokārṣit manyurakārśit", which means "Desire did it, anger did it." The idea is that you are saying that desire and anger are what led you to commit the sin of not taking the mandatory break between January and August, and you are asking forgiveness for that sin.

Now the notion that desire and anger are the causes of sin is mentioned in chapter 2 of the Bhagavad Gita. But my question is, what scripture does the mantra "kāmokārṣit manyurakārśit" come from? It's referred to as a Mahamantra, so I assume it comes from some important scripture.

That mantra is found in the Maha Narayana Upanishad of the Taittiriya Aranyaka of the Krishna Yajur Veda. It's probably also there in other parts of the Vedas, but I know it's here at least. 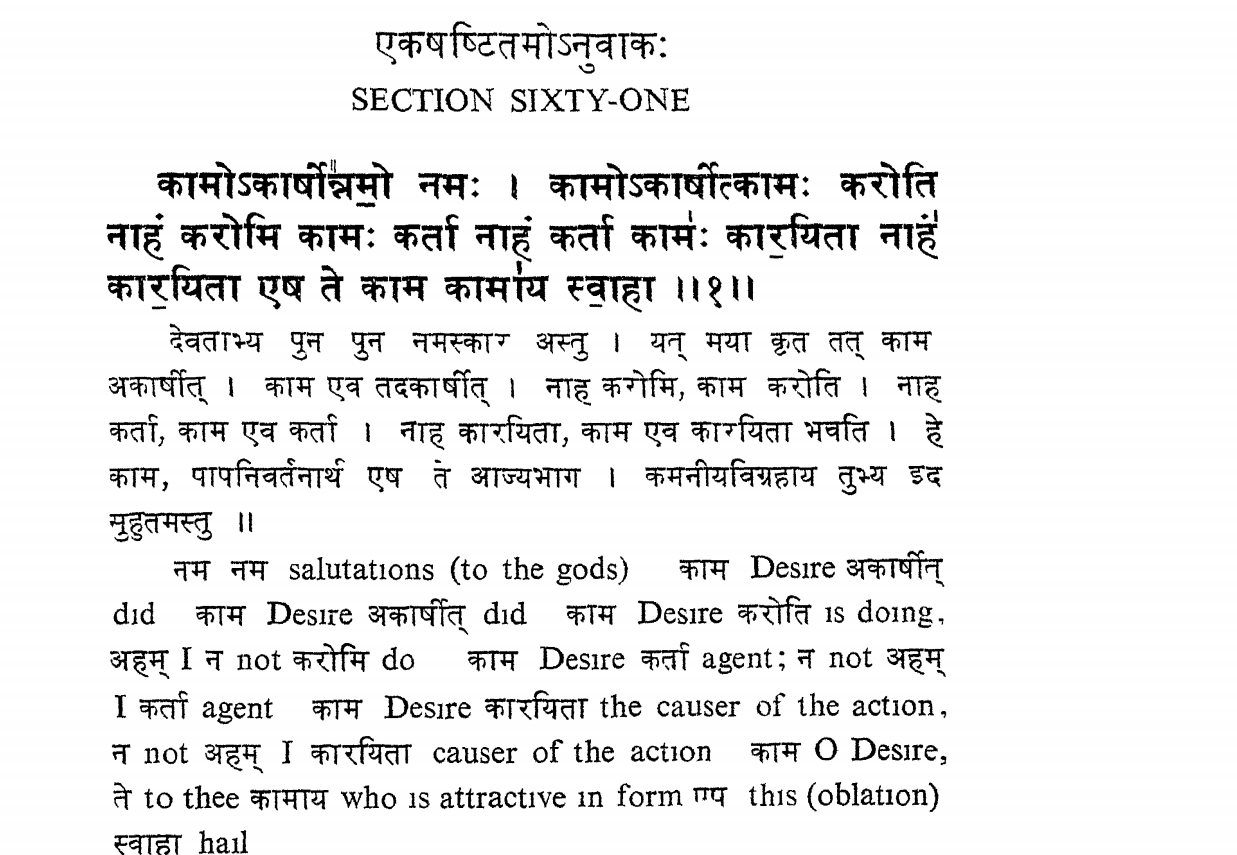 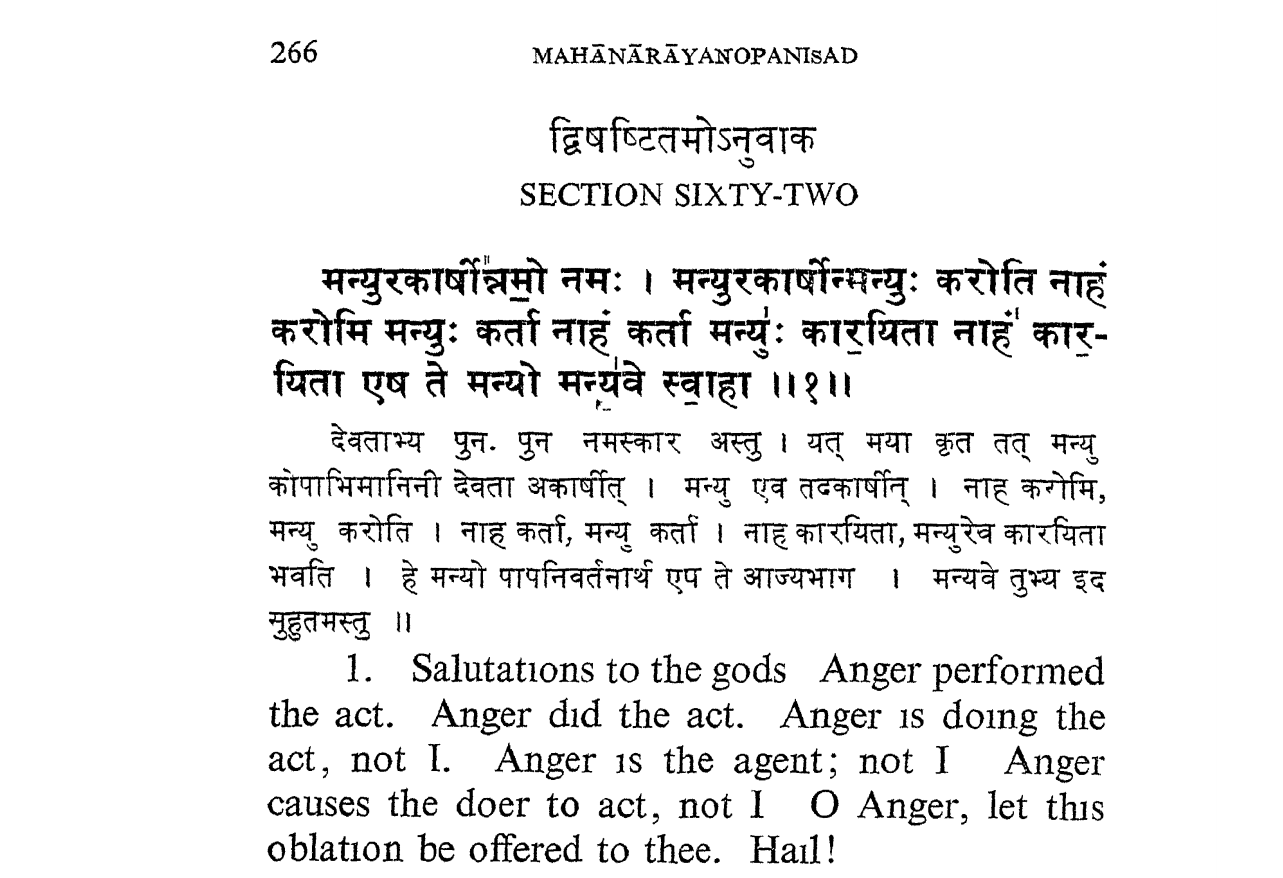 Not the answer you're looking for? Browse other questions tagged scripture vedas practice mantras brahmins .

3
When is Avani Avittam (Upakarma) this year?

13
What scripture does the sacred thread mantra come from?
10
What scripture does the original Achamanam mantra come from?
14
What is the source of this (Kayena vacha...) text? or Where does it come from?
7
Does the Atharvasiras derives this mantra from YajurVeda or quotes from other Veda?
6
What Shruti source is SriKanthacharya quoting in this bhasya regarding efficacy of name 'Shiva'?
12
Does Hindu morality come from scripture or is it the other way round?
10
Which scripture wrote the "Ganapathi Moola Mantra"?