Sanskrit and Sounds of Lord Shiva

I recently heard in "Veda parichaya" in a local channel that the sounds of the alphabet(Sanskrit) originated from Lord Shiva’s ‘damru’. Can anyone elaborate on these sounds and their relation to Sanskrit.

Legend has it that when Panini prayed to Shiva and asked for knowledge, Shiva appeared before him and his Damaru (डमरु) made the following 14 sounds representing the MaheshwaraSutrani (माहेश्वरसूत्राणि): 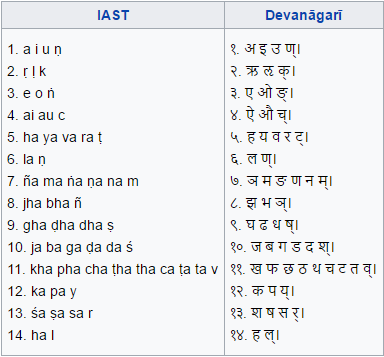 In all of Panini's grammar, there are a set of sUtras(सूत्राणि) or formulae, which represent particular rules, and in those rules, the above सूत्राणि are the basis.

EDIT: This looks like a direct ripoff from the wiki page. I took the sutras from there as it was easier to type, but the simple sutra was my contribution. I'll later edit it with the sUtra for वृद्धि​ सन्धि, which is 'वृद्धिरेचि'

इकः : this is comprised of letters 'इ उ ऋ ऌ' as obtained from the first and second sUtras (note the first and last letters are used to represent the range).

Needless to say Panini became a well enlightened and learned man after that!

From the commentary of Kshemeraj on Shiv Sutra on 2.7, we find.

According to the process described in Paratrimsaka etc. the first aspect (spanda) of anuttarasakti is the Supreme I-Consciousness which assumes the form of akula i.e. that of which the body (kula) is 'a' (अ). (This 'a' is the expression of Cit-sakti of Siva). As there is further expansion of the world manifesting-power of aham or I-consciousness, ananda sakti (bliss) comes into play which assumes the form of the letter 'a'(आ), then bringing forward iccha sakti (will power), that I consciousness displays 'i'(इ) in the aksubdha state of iccha and i(ई) in its ksubdha state which is an expression of isana or isitri (the power of mastery); then with jhana sakti in its aksubdha state, she displays unmesa (knowledge) which is represented by the letter 'u'(उ) and in the ksubdha state of jnana sakti displays unata (deficiency in jnana as mere jnana) which becomes the cause of objective appearance. This is represented by the letter 'u' (ऊ).

(After this there is a slight reverse movement in the progressive manifestation of the universe). Just as in the flash of lightning there is at first merely a faint glimmer, and then there is more bright light, so 'i' of aksubdha iccha sakti combining with 'r' becomes ऋ(r); and 'i' of Ksubdha iccha combining more firmly with 'r' becomes ॠ; 'r' is the seed letter of 'fire'...

It continues till the creation of universe. i.e, In short each Sanskrit alphabet corresponds to creation phase. Lord Shiva being the originator of Sanskrit alphabets also mean he created the world (Injustice?). Also, note that, creation follows as a checkpoint which we call tattvas as I explained in this answer. There are 36 tattvas takes part in course of creation & thus all sanskrit alphabets comes into existence with each such tattvas as shown in the pic. 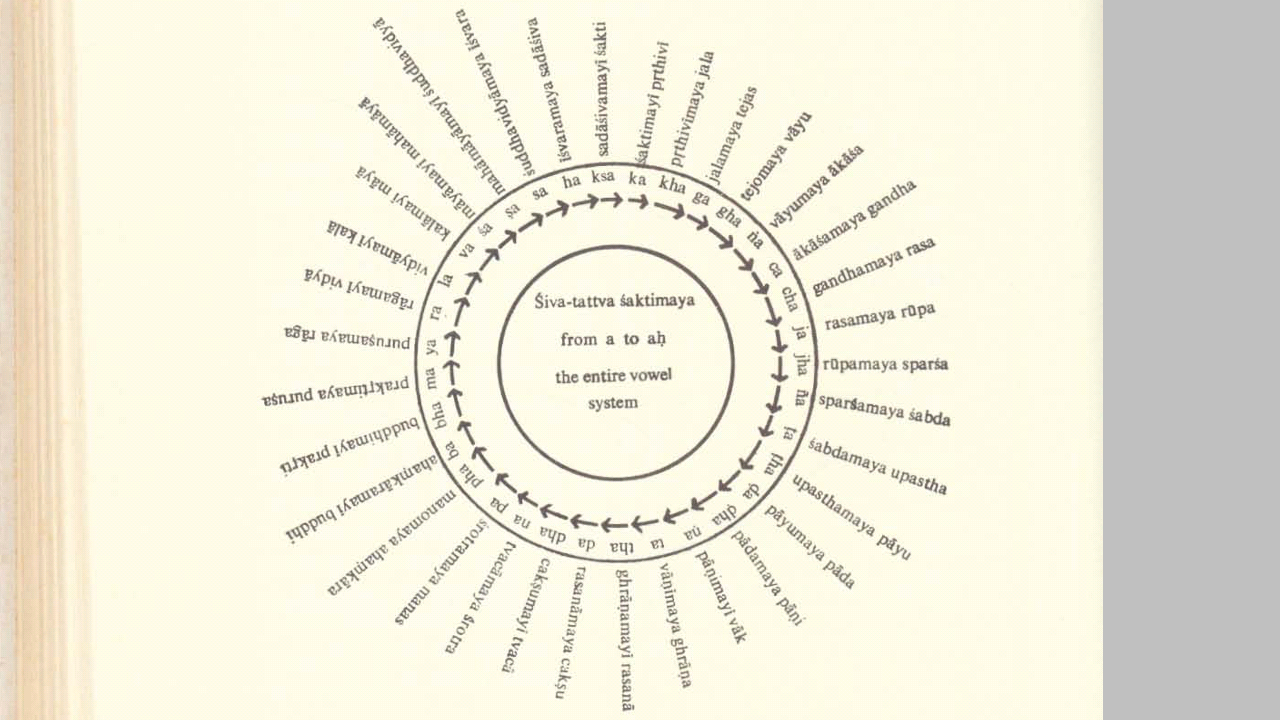 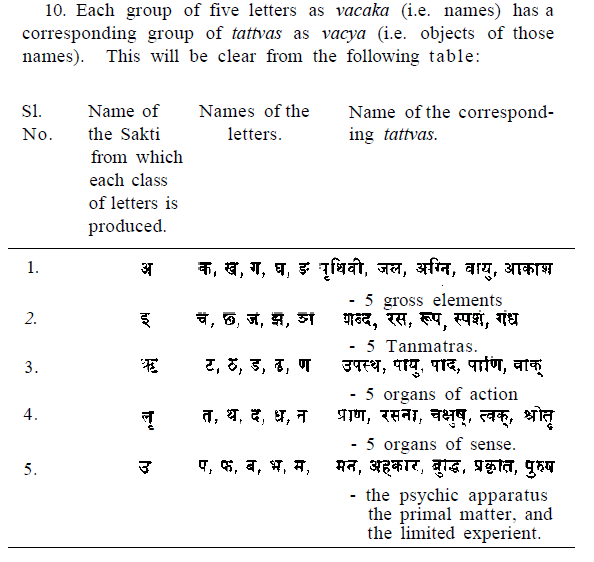 Not the answer you're looking for? Browse other questions tagged shiva sanskrit etymology .

6
does any scripture say worship must be in Sanskrit?
6
Is Sanskrit considered divine language to those of the Hindu faith?
4
What is Purusha Tattva, Prakriti Tattva & Stri Tattva?

19
How important is Sanskrit?
3
Which was developed first, Sanskrit or Vedas?
9
How ॐ (OM) is written in Brahmi Script?
6
Is Hong-Sau an ancient Sanskrit mantra?
6
Why do people divide the great Sanskrit language into Vedic Sanskrit and Classical sanskrit?