What causes eternal soul to get embodied into a body and come into material world at all?

Soul is eternal and either part of God(Madhava) or Brahma itself(Advaita).why it comes to this world? According to Christians -original sin and apple story. But according to Hinduism- Avidya or ignorance?why and how this Avidya comes to omniscient,omnipotent,eternal soul?

Your answer would be highly appreciated regarding Avidya.

Swami Vivekananda has talked in great detail on this subject, i.e, How has the Infinite, the Absolute, become the finite? 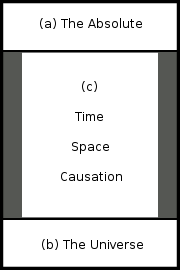 In asking what caused the Absolute, what an error we are making! To ask this question we have to suppose that the Absolute also is bound by something, that It is dependent on something; and in making this supposition, we drag the Absolute down to the level of the universe. For in the Absolute there is neither time, space, nor causation; It is all one. That which exists by itself alone cannot have any cause. That which is free cannot have any cause; else it would not be free, but bound. That which has relativity cannot be free. Thus we see the very question, why the Infinite became the finite, is an impossible one, for it is self-contradictory. Coming from subtleties to the logic of our common plane, to common sense, we can see this from another side, when we seek to know how the Absolute has become the relative. Supposing we knew the answer, would the Absolute remain the Absolute? It would have become relative.

Although all the systems agree so far that we had the empire, and that we have lost it, they give us varied advice as to how to regain it. One says that you must perform certain ceremonies, pay certain sums of money to certain idols, eat certain sorts of food, live in a peculiar fashion to regain that empire. Another says that if you weep and prostrate yourselves and ask pardon of some Being beyond nature, you will regain that empire. Again, another says if you love such a Being with all your heart, you will regain that empire. All this varied advice is in the Upanishads. As I go on, you will find it so. But the last and the greatest counsel is that you need not weep at all. You need not go through all these ceremonies, and need not take any notice of how to regain your empire, because you never lost it. Why should you go to seek for what you never lost? You are pure already, you are free already. If you think you are free, free you are this moment, and if you think you are bound, bound you will be. This is a very bold statement, and as I told you at the beginning of this course, I shall have to speak to you very boldly. It may frighten you now, but when you think over it, and realise it in your own life, then you will come to know that what I say is true. For, supposing that freedom is not your nature, by no manner of means can you become free. Supposing you were free and in some way you lost that freedom, that shows that you were not free to begin with. Had you been free, what could have made you lose it? The independent can never be made dependent; if it is really dependent, its independence was a hallucination.

You should read Astavakra Samhita, it's a good read on such topics.

The Self is witness, all-pervading, perfect, One, free, Consciousness, actionless, unattached, desireless and quiet. Through illusion It appears as if It is of the world (i.e. subject to the ever-repeating cycle of birth and death). I.12

Body, heaven and hell, bondage and freedom, as also fear, all these are mere imagination. What have I to do with all these—I whose nature is Pure Consciousness? II.20

I am not this body, nor have I a body. I am not Jiva, I am Pure Consciousness. This indeed was my bondage that I had thirst for life. II.22

As you correctly wrote, "soul" is an eternal fragment of the supreme Brahman or Atma (self).
Atma is in oneness -- as it's less precise to term it as numerical 'one'.

BG 15.7 - Among the living world, the beings' jiva-s (souls) are my eternal fragments only; [these beings] keep attracting 5 senses & mind as the sixth towards the material nature.
BG 13.17 - Though in oneness, it appears to be existing as divided in all beings, and It is the originator, sustainer & consumer of all beings.

From Gita's perspective, "soul" can be termed as "Purusha". "Purusha" is the consciousness, which resides as a consumer or enjoyer within the beings. For this soul, sukha & dukha - both are enjoyable.
The other aspect of Atma (self) is "Prakruti". "Prakruti" is under the control of the self and creates various beings using the 3 modes.

BG 13.20 — Know that Prakruti and Purusha, both are certainly beginningless; Transformations and Guna-s (sattva, rajas, tamas) are known to be possible due to Prakruti
BG 13.21 — Prakruti's purposes are said to be Activity - Reason - Creation; Purusha's purpose is said to consume happiness(sukha) & sorrow(dukha).

What makes the soul get embodied?

As stated above, Prakruti & its 3 modes make the Atma as embodied. This embodied Atma can be referred as the "soul".
The part of Prakruti is termed as 'field/body' (kshetra) and the embodied soul in it is termed as 'knower of field' (kshetragya / Purusha). [BG 13.2, 13.3]

BG 13.22 - Purusha being situated in Prakruti, experiences the [sattva, rajas, tamas] modes born of Prakruti. Contact with the these modes, is the cause of its births in good and evil wombs.
BG 14.5 — O mighty armed, the modes of Sattva, Rajas & Tamas generated from Prakruti, bind the embodied indivisible [Atman] into a body.

You may ask, "Why" it happens?
Then the answer is -- it just happens. There is absolutely no purpose for it.

Imagine an ocean (Atma), which is in oneness of its water.

This example is of a small bucket with small loop-back. Imagine how many routes are possible with different shapes and storages!

Not the answer you're looking for? Browse other questions tagged vedanta atma advaita brahma-sutras .

5
Book recommendation for Ashtavakra Gita with original shlokas
4
Is there the first birth of a jiva soul in the material world or not?
4
Why did Brahma create Universe?
0
Is Atma both the Witness and Non-Witness of existence?
1
Can Atma be good or bad?
0
If rebirth/reincarnation is true then what is one's first birth/incarnation?

12
Are the Rakshasas (demons) eternal?
6
What does the Vivarana school of Advaita believe about the nature of Avidya?
8
What is the relation between Viraj, Hiranyagarbha, Brahma, and Saguna Brahman in Advaita terminology?
9
Does Adi Shankaracharya believe the existence of the soul requires scripture to establish?
3
How has the Vedanta school refuted Mimamsa arguments for multiple omnipresent souls?
7
Why does Adi shankaracharya think that self cannot perceive a relation between itself and avidya?
4
What happens after death according to Adavita Vedanta?