It is said that Lord Hanuman still lives on the earth, If it so where does he live?

I have heard a lot that Lord Hanuman is immortal but I want to know where he lives?

Yes Lord Hanuman is still on this planet. Shrimad Bhagvat Puran Canto 5 Chapter 19 mentions that he lives in the Kimpurush Varsha listening to Ramayan being sung by the denizens of the place and himself joining them in the singing:

Coming to the location of Kimpurush Varsha, it is stated to be situated north of the Himalayas which could refer to the northern range of the mountains since Mansarovar Lake is also associated with it. 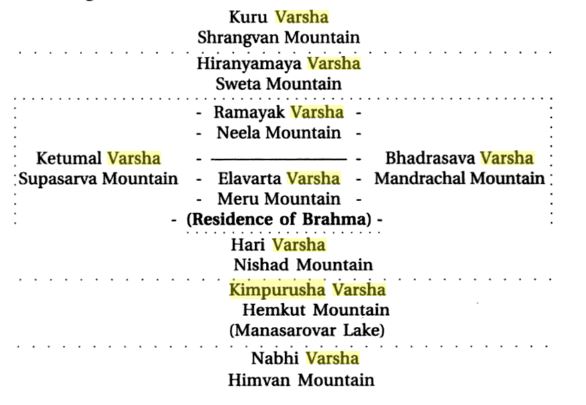 Hanuman is a son of Vayu. According to Valmiki Ramayana he lived in Kishkinda the capitol of the Apes which were called "Kimpurushas" in Srimad Bhagavatam 11.16.29 and are according to Mahabharata 1.66.8 offspring of Pulaha. Therefore Kimpurusha Varsha seems to be identical with Kishkinda which was located in a hole in the Himalayas. It is said that Hanuman would live as long as the story of Rama (the Ramayana) is told (Valmiki Ramayana 7, 50 + 121; Mahabharata 3.291.44 + 48 f.). According to Mahabharata 3.149.7 ff + 38 he has to change his shape in every yuga. According to Indonesian Ramayana The Uttarakanda 64 his existence will end with the end of our Kaliyuga (according to Rigveda 5.87.4b and Mahabharata 3.189.33 this will take place when the constellation Orion - identical with Vishnu - will arrive its upper point of return in the course of the precession which will be the case in short time).

24
Who made Lord Hanuman immortal?
3
Why Hanuman is not visible to us?

13
Why did Lord Hanuman forget that he has special powers?
24
Who made Lord Hanuman immortal?
9
What did Kartikeya do to get blessings from the Lords that Hanuman had met?
5
Which Scripture tells the Complete Story of Lord Hanuman?
14
Do the eight immortals (Including Lord Hanuman) still exist in Kaliyuga?
9
In which scripture does Lord Hanuman say that Advaita, Dvaita and Vishishtadvaita are all valid philosophies?
11
Was Lord Hanuman born in Sumeru? Where is that place? Is it renamed recently?