Which one is grammatically accurate krishna saranagati mantra?

I see all these various forms online. Which one is correct grammatically?

Note that this question would be more suitable for Sanskrit Language site which is currently in definition phase.

There are 7 cases of Nouns called Vibhakti (विभक्ति). (Quoting useful information regarding this from one Sanskrit Grammar tutorial site:

The following are the 7 different cases of a noun.

श्री कृष्णः शरणं मम। means "Lord Krishna is my refuge" or "Shri Krishna is my shelter." (As already explained by Jonathan in the answer). Here Krishna is the subject/nominative in the sentence. Now let's see an example for the various forms of Sanskrit according to the case of Noun mentioned above:

(Here I'm quoting the forms of Sanskrit based on 7 cases of noun in tabular form for a boy बाल): 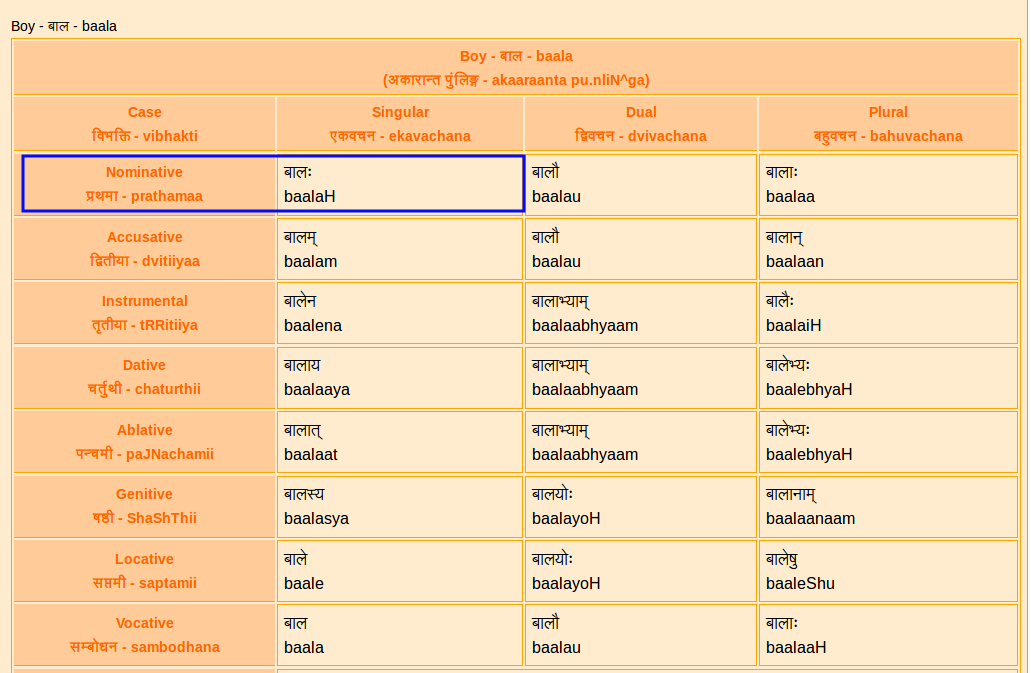 So, the grammatically correct Saranagati Mantra is:

So this roughly translates KRshna: is my refuge. Since this is in Sholka "अस्ति" is omitted.

Not the answer you're looking for? Browse other questions tagged krishna mantras sanskrit sharanagati .

5
Sanskrit: Full shloka of "sā vidyā yā vimuktaye" (translation & English online reference & oral and written author location)
6
Universal mantra of all mantras for attaining the highest level of God realization?
6
How many types of Vaishnava Charama Shloka(s) exist?
8
Which is the correct Panchdasi mantra of Goddess Lalita?
4
Which is correct name Krushna or Krishna?
0
Source for Authentic Mantras?
5
Where can I find correct source of Mantra Pushpanjali?