I'm reading this famous anecdote about KalidAsa, the great Indian poet. However it is written in Sanskrit and so, I have certains gaps in my interpretation. 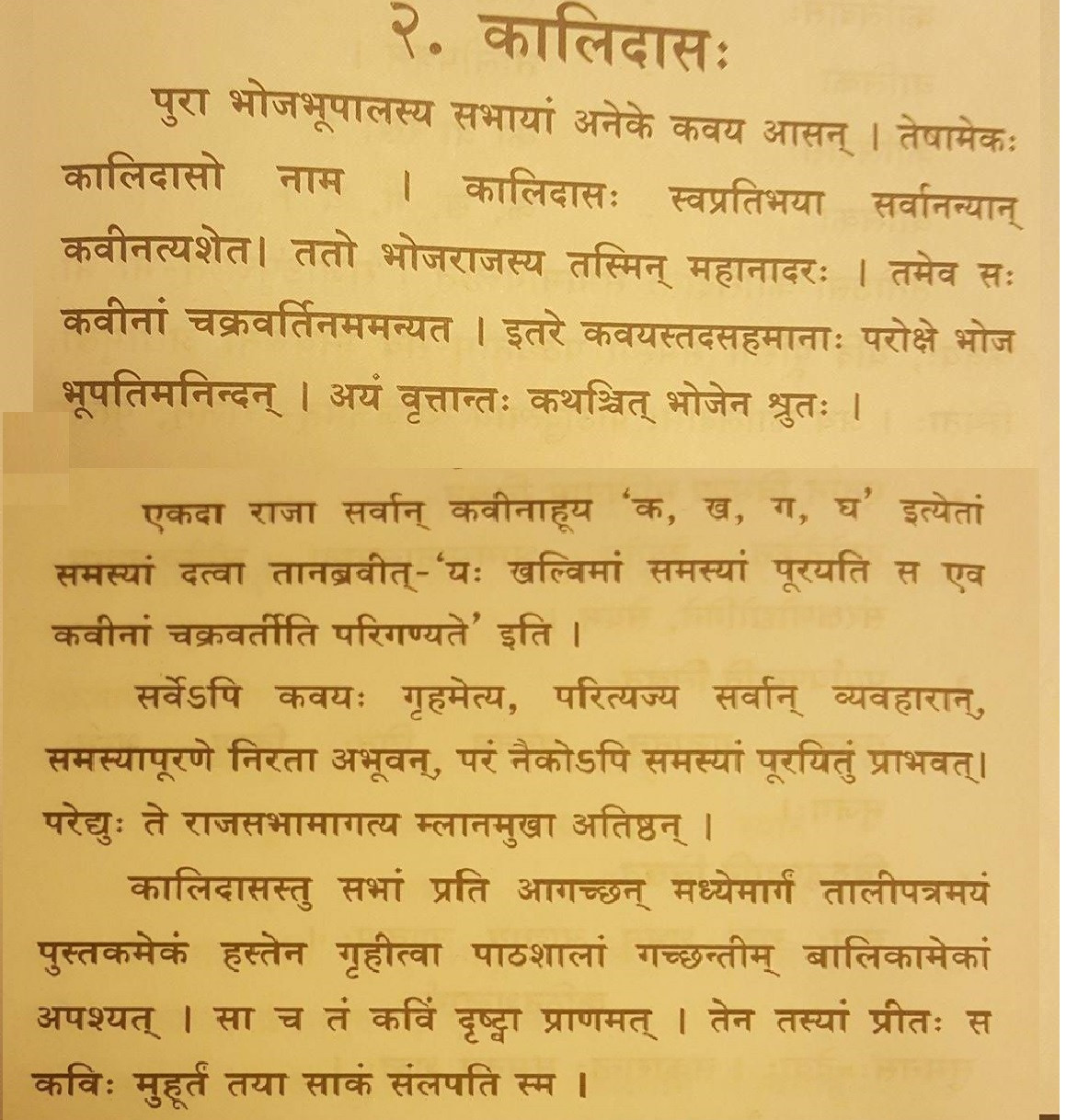 Here's how I've interpreted the story in English to the best of my abilities:

Once there was a poet in the King's court. His name was KalidAsA:. He, by his skill, was the best among all the poets (no one else was better?). He was the most respected in the King's court. He alone, among the poets, is recognized as the Chakravarti**(Indian word for chief/king/leader).** Another arrogant poet, who, in the absence of other poets, scolded the king (this is where I'm confused. I'm pretty sure I've misinterpreted this line. Why would another poet who is arrogant be narrating a story about KalidAsa to the king?). Somehow, the king listened to the story with joy: Once there was a king who invited all the poets (I'm not sure what the 'ka khA ga ghA' signifies) and having solved a puzzle, he told them "whoever can solve this puzzle, he alone, will be deemed Chakravarti." All the poets abandoned what they were doing and became engaged in solving the puzzle. Many solved the puzzle. The next day, having come to King's court with dull faces, they couldn't stand there firmly**(once again, this doesn't make sense. Why would they be embarrassed if many solved it?)** (Unsure what the last paragraph says even though it is the punchline of the story...)

I've translated the text line by line, to the best of my abilities.

3
Kalidasa on good and bad people