Is the Vamana deity in Thirukoilur considered an incarnation of Krishna?

I'm currently visiting India, and I just went to the Ulagalantha Perumal Vamana temple in Thirukoilur. It's most famous for being the "Naalayira Divya Prabandha Avatara Sthalam", meaning the birthplace of the poems of the Alwars. That's because Thirukoilur is the place where, as I discuss in this answer, the first three Alwars saw Vishnu in the cave. It is also one of three temples that claim to be the place where Vishnu's incarnation Vamana defeated Mahabali, which is why the main statue of the temple depicts Vamana taking his three steps of land: 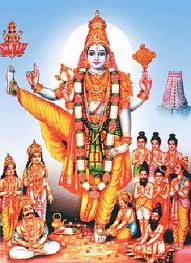 By the way, this Wikipedia article says that the Pancha Krishnanaranya Kshetras have nothing to do with Krishna other than having an Utsavar or processional idol of Krishna.

Krishna is not the presiding deity in any of the temples. The processional deity, Krishna, led to the derivation of the names of these places. There are five similar temples located in North India, called Pancha-dvarakas.

But I'm not sure whether that's accurate.

2
Did the first four Alwars meet Krishna or any other Mahabharata characters?

7
Who compiled the list of 108 Divya Desams of Vishnu?
12
How many of the Divya Desams are the sites of Sri Vaishnava Temples?
9
What is the story of Vishnu appearing to sage Markandeya in Thiruvidanthai?
7
Who did Vishnu appear before in Thiruvahindrapuram, Bhumidevi or Bhumadevi?
3
Why does Thirumazhisai Alwar say the Pandava Thoothar statue of Krishna is older than him?