How can one know their dharma?

Living one's dharma seems to be paramount, but first I must discover what my dharma is. I was born and reared in the West, so how can I discover my dharma?

I have read the Gita and it helped me understand different paths, but how can I know what is proper for me? I don't have a caste or any other similar societal role. Do I simply do something I am interested in and then it will become clear?

IOW, how may one discover their specific dharma? How should one spend their days without knowing this? Or am I missing the point and discovering one's dharma is a part of the process?

If it helps to know, Advaita appeals to me the most, but I am always open to new understandings.

A possible answer based on this Gita verse is given below.

One's own duty, even if without excellence, is more meritorious spiritually than the apparently well-performed duty of another. For, no sin is incurred by one doing works ordained according to one's nature.

This verse was interpreted by old commentators as jobs ascribed to particular castes. This verse is interpreted differently by those who follow Vivekananda's psychological explanation of Varna.

These verses, which were easy for our ancients to understand, pose great difficulty for us today. So long as Varna was identified with the endogamous caste, and valid texts ascribed particular works to each caste it was easy to find out one's Svadharma, and if one had a will, to perform it too. That a priest's son should be a priest, a soldier's son a soldier, a merchant's son a merchant, an agriculturist's son an agriculturist, a serf's son a serf - is an arrangement that could be practised to some extent in the old feudal society when educational opportunities were restricted, when there was no choice in following professions, when social contacts were limited, and when the validity of the system was accepted by the people in general. But today such an idea of Svadharma hereditarily determined, is impossible of practice. Society and professions have become competitive. The imparting of education without any restriction imposed by caste, has helped the shuffling of professional abilities among all members of society, setting aside hereditary factors. So it has become honourable for any one to follow any profession, and the determination of Svadharma based on birth as in a caste based economy, has become impractical and impossible, and also undesirable. In a democratic society, the same kind of education is open to all, and every one is eligible, according to one's qualification and capacity, to positions of power, prestige and high income. In these days of national armies every able-bodied citizen has the eligibility to be recruited - he may even be conscripted - in the armed forces of the country. In such a milieu, if the Gita idea of Svadharma is accepted as caste based, as it was understood a few generations back, and as it used to be interpreted by old commentators, then it has become thoroughly outmoded and will be rejected by every section of society in India and outside.

But as already pointed out, the wording of the Gita about Caturvarnya, except as interpreted by old commentators, does not mean endogamous castes, but the four psychological types. If this is accepted, Svadharma would mean only work that springs out of one's own nature and therefore adapted to one's natural development. But how to recognise these types and how to provide them with work suited to their nature - is a problem that cannot be solved. We have to leave work based on psychological type as an ideal arrangement in a more rationally organised society of the future. There is no other way today but to understand Svadharma as the duty devolving on oneself in society, inclusive of the profession one follows. If that is done well with God in view, and not merely for remuneration or with a worldly master in view, then one may be said to follow Svadharma.

Commentary on Gita 18.47 by Swami Tapasyananda in his English translation of Srimad Bhagavad Gita.

The only very practical advice is to do your "naadi reading". I mean "Agastya naadi astrology". I did last year "Kotchara Shanthi" and reached "Maha Siva Vakkiyam", what remedies I will do this year. It is not about finding out your past and future. It is about changing it. Pictures - my remedies, abisheka to Agastya and Lopamudra. 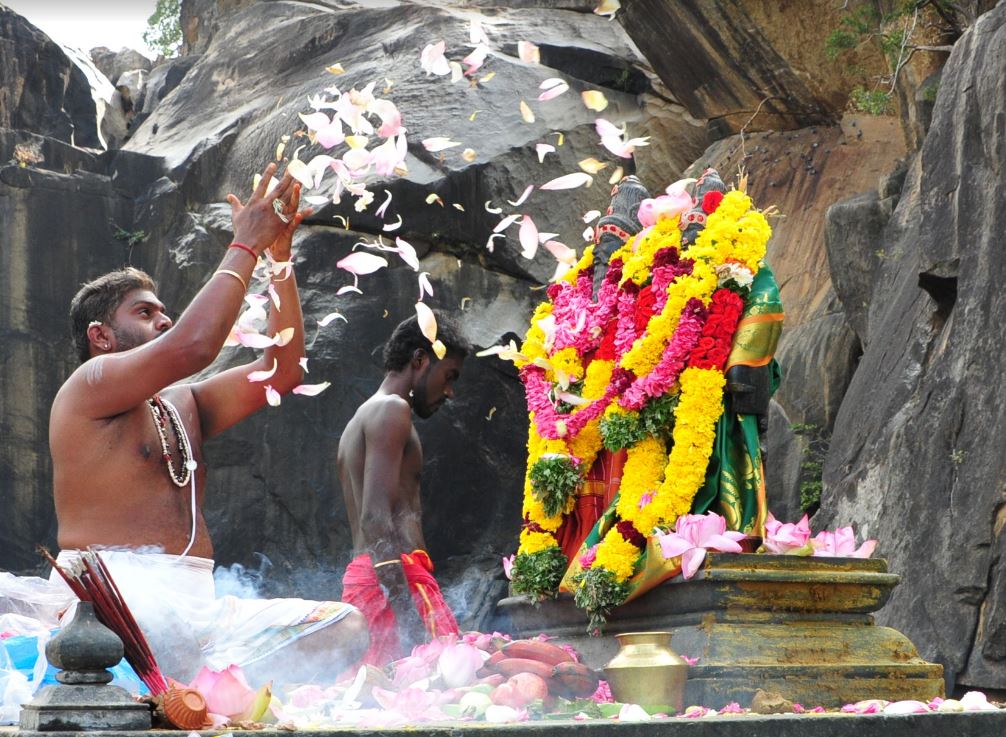 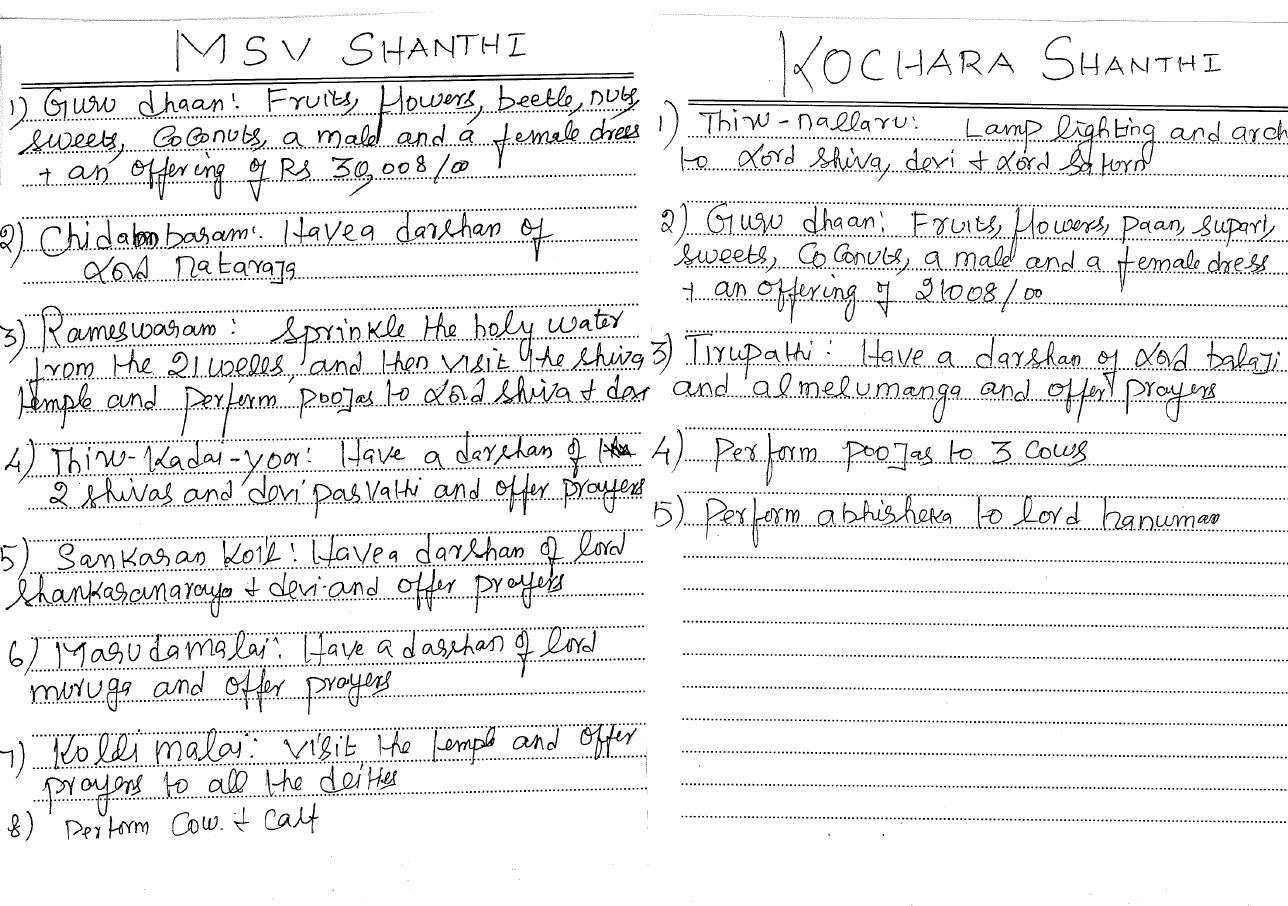 Not the answer you're looking for? Browse other questions tagged vedanta dharma advaita purushartha artha .

19
How can one know which path among karma, bhakti and jnana is suitable for him?
7
How do we decide what is dharma and adharma?
6
The Varna system and capitalism
4
Does hinduism also suggest shedding of karma and renunciation?
3
How to know What is the purpose of my life?

5
When should one shift focus from artha and kama to dharma?
10
How can one save Sanatana Dharma?
5
What does dharma as a goal mean in purusartha?
5
Why does nirguna brahman manifest only in 5 forms?
3
How are the object and the subject one and the same?
4
What does Chanakya impliy when he says “Dharma” and “Kama” depends on “Artha”? How do the two depend on Artha?
4
In Advaita Vedanta, after realizing one's true nature, does one develop dissociated identity/apathy to their body?