According to Vedas which one is a better guide - Mann or Budhdhi?

Well, when we are going through a certain phase in our life, where we have to make a decision but we are unsure of what is correct & what is wrong; normally, we have two directions/instructions to follow, one from our brain and the other from our heart. So, the question arises which one is supreme & correct guide, and why?

I would like to cite a simple example here:

You go for shopping right?

So, a simple decision making process in a way shows which one is a better guide. Maybe that's the reason brain (budhdhi) is placed above heart (mann) in a human body!

Some say listen to your Atman, but question is how is that message passed on to the person, through Mann or Budhdhi or some other means?

Neither. One should rely on scripture in making decisions. While the brain/mind/heart may produce all sorts of beliefs about morality, i.e. what one should do and should not do, the sole source of knowledge of morality is scripture. Here is what Adi Shankaracharya says in his commentary on the Brahma Sutras, while discussing animal sacrifice:

[The reasoning criticizing animal sacrifice] is not valid, because our knowledge of what is duty and the contrary of duty depends entirely on scripture. The knowledge of one action being right and another wrong is based on scripture only; for it lies out of the cognizance of the senses, and there moreover is, in the case of right and wrong, an entire want of binding rules as to place, time, and occasion. What in one place, at one time, on one occasion is performed as a right action, is a wrong action in another place, at another time, on another occasion; none therefore can know, without scripture, what is either right or wrong.

That cognition by a person which appears when there is contact of the sense-organs is "sense-perception", and it is not a means (of knowing Dharma), as it apprehends only things existing at the present time.

And here is what Shabaraswami says in his commentary on this Sutra:

The examination (promised in the preceding Sutra) is as follows:- Sense. perception is not the means (of knowing Dharma), - why?- because the character of Sense-perception is that it is "that cognition by a person, etc."(sutra); that is, it is that cognition which a man has when his sense-organs are in contact with the object cognised. - Dharma however is something that is yet to come, and it does not exist at the time that it is to be known; - while Sense-perception is the apprehending of an object that is actually present and not non-existent at the time (of cognition); - hence Sense-perception cannot be the means (of knowing Dharma). In the Sutra, no stress is meant to be laid upon either "cognition", or the "appearance", or upon mere "contact"; the only factor meant to be emphasised is the fact of its being such as is possible only when there is contact between the sense-organ and the object, and not when there is no such contact between them. If stress were laid upon several factors, then there would be syntactical split. As for (the other means of Cognition.) Inference, Analogy, and Apparent Inconsistency, these also presuppose (are based upon) Sense-perception; hence these also cannot be the means (of knowing Dharma). Nor can Dharma be amenable to “Negation' (i.e. it cannot be regarded as non-existent; because of the reason given in the next Sutra which indicates the real means of knowing Dharma).

The idea is that the ordinary means by which we acquire knowledge about the world, namely Pratyaksha or perception and Anumana or inference, are powerless to tell us anything about morality. That's because they can only tell us about the world of things which already exist, whereas morality pertains to that which does not yet exist, namely the consequences you will experience for the actions you do. But what kind of means of knowledge can tell us what actions are linked to what kind of consequence? Jaimini tells us the answer in Adhyaya 1 Pada 1 Sutra 5 of the Purva Mimamsa Sutras:

The relation of the word with its denotation is inborn.- [Vedic] instruction is the means of knowing it (Dharma) - infallible regarding all that is imperceptible; it is a valid means of knowledge, as it is independent, according to Badarayana.

The idea is that the human brain/mind/heart is powerless to find out what is right or wrong, since as I discussed above morality concerns that which does not yet exist, but the Vedas, since they are Apaurusheya or authorless, have the capacity to talk about the imperceptible realm, since they do not depend on the knowledge of a human being. (The authoritativeness of Smriti is derived from the authoritativeness of the Vedas in Adhyaya 1 Pada 3 of the Purva Mimamsa Sutras.)

Now how do we know that the Vedas actually are authorless and authoritative? For that I would refer you to Shabara's commentary on the above Sutra and the subsequent Sutras of Adhyaya 1 Pada 1 of the Purva Mimamsa Sutras. (And if you find it too difficult to understand, I may one day write a book on it; see idea #1 in my Medium post here.)

Actually you have already answered in your Qn.

In a way there is no competition or comparison between Mann & Buddhi. It's like employee & boss respectively.
From scriptures, Buddhi is beyond Mann at absolute level.

Here is the detailed differentiation between them:
What is the difference between Buddhi (बुद्धि) and Mann (मन)?

Though Buddhi is beyond Mann, Buddhi in itself is not the righteous. Depending on Sattva, Rajas, Tamas, one takes right (Dharma), wrong (Adharma), weird (Vidharma) decisions:

From your example (a perspective only),

However when the influence of Sattva would fall upon a person, -- is not controllable, or rather it's destined.

Considering Upanishad as Vedas. Intellect (Buddhi) is superior to the mind (mana). From Katha Upanishad.

Note: There is similar verse in Bhagwat Geeta as well which says the same.

See the image below. Please ignore the terms you do not understand. And I'll add that this answer is not according to Vedas (Maybe it is. I have not verified.). 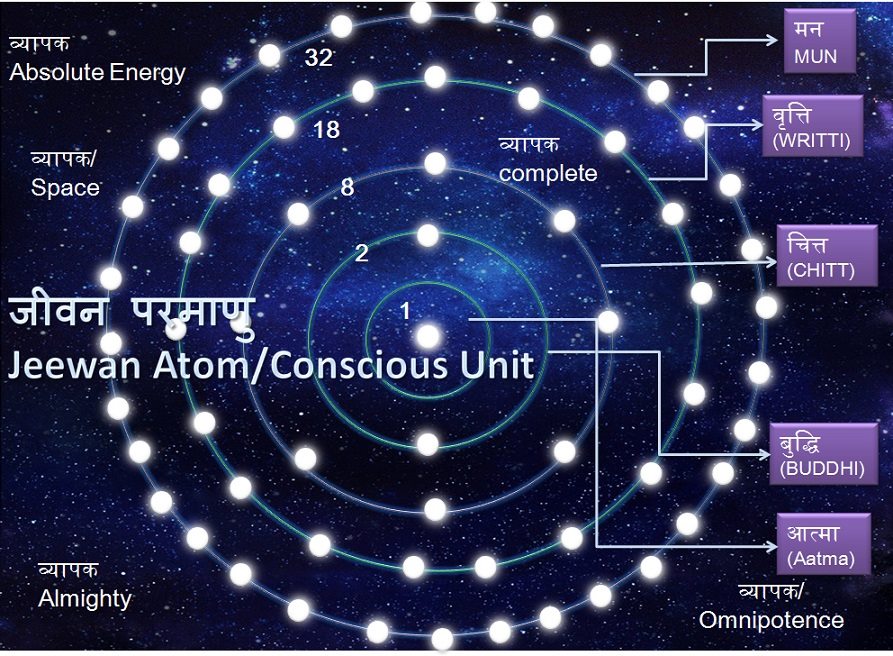 Thus, it is better to take decisions from buddhi than from mann.

17
What is the difference between Buddhi (बुद्धि) and Mann (मन)?
18
What is the concept of God in Hinduism?

6
According to the Vedas The Antim sanskar should it be 13 days or 3 days or one day?
5
How was manu born according to Vedas?
6
Which one of Vedas has referred to Dhyanalinga consecrated by Sadhguru?
13
Which are the methodologies for interpreting Vedas?
4
According to Vedas, which people will go to Hell?
0
Is Karma transferable from one person to another according to śruti (Vedas, Upaniṣads, etc.)?
7
On which days should one not study the Vedas?
4
Is very word of the Vedas eternal according to advaita vedanta?