Are there any temples for Matsya, Kurma, and Varaha avatars?

Are there any temples for the following three avatars of Vishnu?

If yes, please share some information about some popular temples for them.

Yes, there are temples for all three.

The Matsya Narayana Temple at Omkar hills in south Bangalore is a temple dedicated to the Matsya Avatar of Vishnu. From the official page of the temple:

One photo of the main deity is available here: 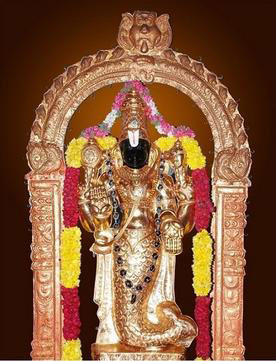 If you want to pay a visit, the address is Omkar Hills, Srinivaspura, Bengaluru-60, India.

The Kurmai and Kurmam temples mentioned in Keshav's answer are undoubtedly the most famous Kurmavatar temples. Located in Gavirangapura, the Gavi Ranganatha temple is another place where the main deity is Kurma (despite it's name). There aren't many resources available about this particular place, online. I found a small slideshow of a few pictures from that place. There is another YouTube video from inside the temple.

The Shweta Varahaswamy temple is perhaps the most famous temple in the complex of the Mysore Palace. From it's wikipedia page

According to the Archaeological Survey of India, the Shveta Varahaswamy temple was constructed in the Hoysala style during the rule of Chikkadevararaja Wodeyar (r.1673-1704).

Varaha avatar has a special place because it was the family deity of the erstwhile Mysore Wodeyar family. You can read more about the temple in this blog. There are no photographs of the deity available as photography is banned inside the temple.

The Bhoo Varahaswamy temple is present on the banks of Hemavathi river in Mandya district of the State of Karnataka, India. The legend of this temple is detailed in this blog, and the history behind the renovation of the temple is mentioned in this news report

The photo of the main deity is available here 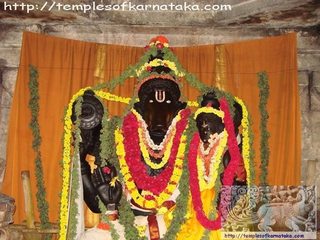 Sreevaraham Lakshmi Varaha Temple is situated at Sreevaraham near Sree Padmanabhaswami Temple in Thiruvananthapuram City. This a west facing Mahakshtera with golden Dwaja Prathishta. The main deity in sreevaraham temple is Lord Vishnu in Varaha avatar along with Goddess Mahalakshmi on his left lap.

The pond infront of the temple is famous as Varaha Theertham. This is one among the Theerthas mentioned in Syanandoora Purana Samuchaya - a Purana describing the glory of Padmanabha Swami Temple. The pond is the biggest temple pond in Kerala (about 8 Acres). A mandapam is located at the centre of the pond. Kunnandan Mahaganapathy temple (facing Sree Varaha Moorthy) is situated at the west side of the pond. Varahtheertham was the bathing place for the Brahmins/Nampoothiris who participated in Murajapam ritual conducted once in six years at Padmanabhaswamy Temple. In ancient days the Karamana river was conneced with Padmatheertham of Padmanabha Swamy Temple and it is connected with Varahatheertham through a canal for maintaining the water quality. The pond was cleaned in 2012 after several years with the help of Thiruvananthapuram Corporation, Travancore Devaswom Board and local people. The pond is big enough to conduct even Vallamkali (boat race).

"Information on Varaha Temple Only"

Skanda Purana in 'Venkatesha Mahatmiyam' describes Bhoodevi approaching Varahaswamy at his residence in Mount Meru. Varaha Swamy questions Bhoodevi as to what she now requires, since she is securely placed on one of the hoods of Sesha Naga. Bhoodevi requests Varaha Swamy to stay on Earth till the end of Shweta Varaha Kalpa and the Lord obliges.

Back to Sthala Purana - When Srinivasa needed a place to stay since His marriage to Padmavati had been solmenised, He met Varaha Swamy. Varaha Swamy willingly agreed to move out of the temple, but wanted to dwell near the Pushkarini Teertha. So Srinivasa requested Him to construct a dwelling for Himself. Being obliged to Varaha Swamy, Srinivasa declared that whoever wanted to have His darshan would first have to visit and Have the Darshan of Lord Varaha before coming to Him.

This is an important Temple of Varaha Swamy.

19
How is evolution portrayed?
38
Did the Mahabharata and the Ramayana happen in the current Yuga cycle in the current Manvantara?
17
Do we have any details about the oldest idol of any Hindu God found anywhere in the world?
11
Rules for wearing yagyopavit by women (yes it is possible)
11
What is the purpose of Venkateshwar incarnation?
10
What is the story of Vishnu appearing to sage Markandeya in Thiruvidanthai?
5
What is the story of the Thiruvalavendhai Varaha temple in Mahabalipuram?
7
Which scriptures talk about the Kurma avatar of Vishnu?
7
After lives of Lord Narasimha and Lord Varaha
5
What is the temple for a "family goddess" in Tirupati that was established by Vishnu himself?
See more linked questions

16
Why is Mohini not one of the Dashavatara of lord Vishnu?
7
What are all Varaha Avatars of Vishnu?
3
Why Matsya and Kurma Avatars are not worshiped like other avatars?
4
How many Lord Indra temples are there in India?
5
What is the story of the Thiruvalavendhai Varaha temple in Mahabalipuram?
8
Are there any temples exclusively for women?
9
Are there any temples for Mohini avatar?
6
Are there any verses which say Vishnu is source of all avatars?
4
Do the following incarnations of Vishnu have references in Rig Veda/ brAhmanAs/ Upanishads?