In a website, I found a verse supposedly from the Mahabharata where Lord Krishna drinks alcohol along with Arjuna:

However, I was unable to locate the verse in the Mahabharata (translated by K.M. Ganguli) Udyoga Parva LVIII. Is it truly from the Mahabharata. Is the translation correct? I have heard Sanskrit words can have multiple meanings. If it truly means a liquor and indeed located in the Mahabharata, why would Lord Krishna drink something that is not Satvic?

The verse you're referring to occurs in chapter 59 of the Udyoga Parva of the Mahabharata. The context is Sanjaya relaying to Dhritarashtra what transpired when he went to the Pandavas to deliver a message before the war:

Listen, O king, as I tell thee the state in which I found Krishna and Dhananjaya. I will also, O Bharata, tell thee what those heroes said; O king, with looks bent down and hands joined together, and with senses well restrained, I entered the inner apartments for conferring with those gods among men. Neither Abhimanyu nor the Twins can repair to that place where are the two Krishnas and Draupadi and lady Satyabhama. There I beheld those chastisers of foes, exhilarated with Bassia wine, their bodies adorned with garlands of flowers. Attired in excellent robes and adorned with celestial ornaments, they sat on a golden dais, decked with numerous gems, and covered over with carpets of diverse texture and hue. And I beheld Kesava's feet resting upon Arjuna's lap while those of the high-souled Arjuna rested upon the laps of Krishna and Satyabhama. Partha then pointed out to me (for a seat) a foot-stool made of gold. Touching it with my hand, I seated myself down on the ground. And when he withdraw his feet from the foot-stool, I beheld auspicious marks on both his soles. Those consisted of two longitudinal lines running from heels to fore-toe, O sire, endued with black complexions, of high statures, and erect like Sala trunks, beholding those youthful heroes, both seated on the same seat, a great fear seized me. They seemed to me to be Indra and Vishnu seated together, though Duryodhana of dull sense knoweth it no consequence of his reliance on Drona and Bhishma and on the loud vaunts of Karna. That very moment, I was convinced that the wishes of Yudhishthira the just, who had those two for obeying his orders, were certain to succeed.

And just in case someone thinks Krishna and Arjuna did something sinful, in this excerpt from his Tantra Vartika, the Purva Mimamsa Acharya Kumarila Bhatta makes clear that Krishna and Arjuna drank the kind of alcohol allowed for Kshatriyas, not the kind that is forbidden:

And, as a matter of fact, we have Vedic texts that distinctly show (1) that the prohibition of wine is for others (i. e., Brahmanas), and also (2) that it is distinctly permissible (in the case of others). For instance, (1) "That which was impure came out afterwards, wine is that ampurity, this became attached to the Kshatriya, hence it is that superiors, daughters-in-law, and the father-in-law drink the wine and go on talking; evil indeed is impurity, hence the Brahmana, should not drink the wine; lest he be attached to evil", and (2) "The Kshatriya should say to the Brahmana - the drinking of wine does no harm to him who knows this", and this latter is with reference to the "Madhu" and the "Sidhu" (and not the "Sura" which is in no case allowed to anyone else but the Shudra).

And indeed, the Sanskrit verse says "madhvāsavakṣiptāvubhau", so Kumarila Bhatta is right about Madhu being the kind of alcohol consumed. 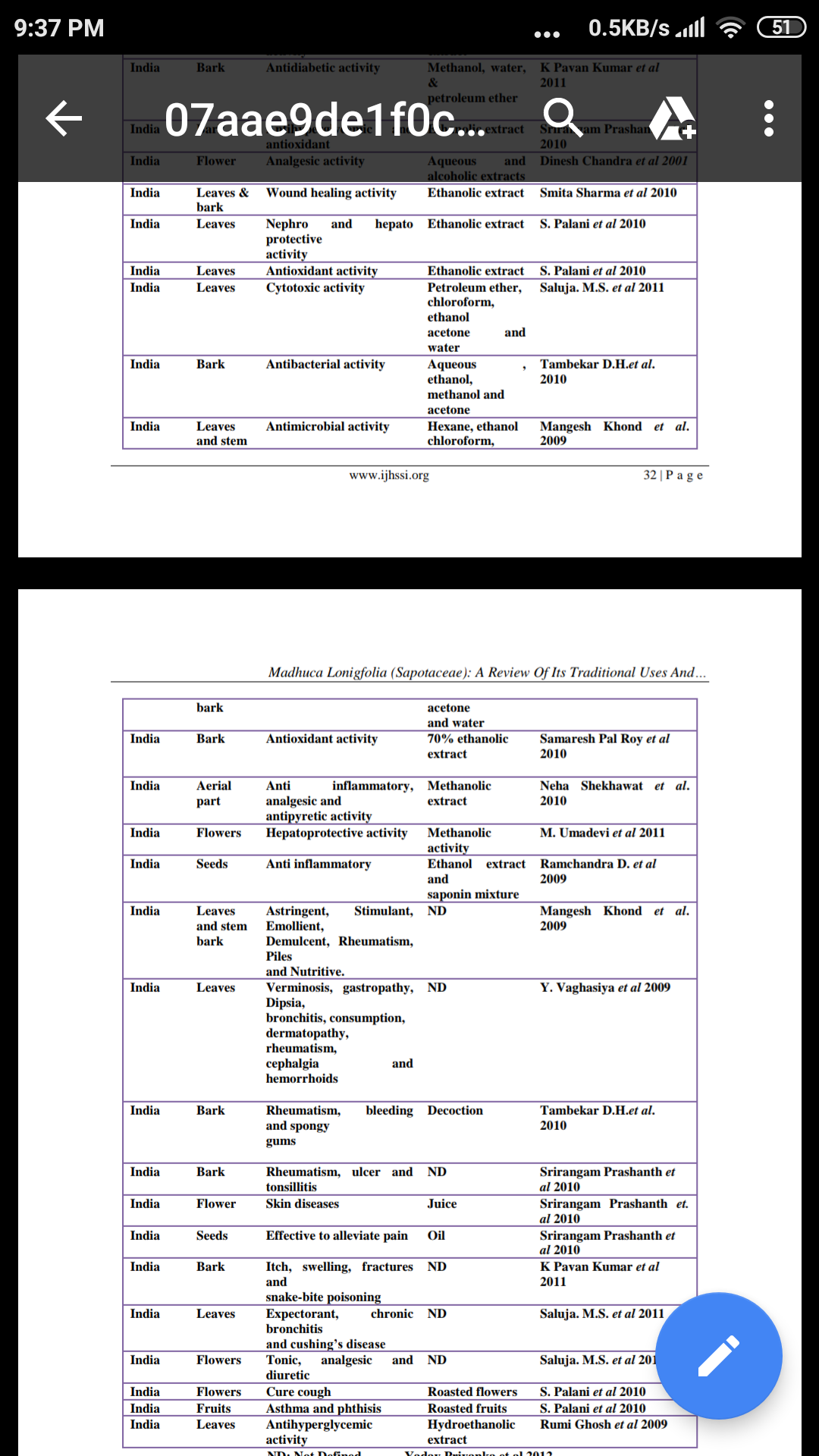 I have seen meaning of madhvâsava in spokensanskrit.org which has 2 meanings one is decoction and of honey or blossoms of madhuca longifolia. Decoction means extract from plants in water just like tea decoction. It is considered good for health as shown in pic.

4
Did Lord Krishna take away Arjuna's dhanur vidya (archery abilities)?
10
Did Indra know Krishna as Avatar of Lord Vishnu?
10
Why did Lord Krishna end Karna's life in such a way?
5
Did Karna's dāna really save his life?
5
What did Arjun see in the Vishwaroop of lord Krishna?
2
Is this verse of mahabharata found in the BORI critical edition of Mahabharata?
2
Did Dhritarashtra really give death punishment to Arjuna?
1
Did Parashurama really curse Arjuna?