We say Siya Ram and Radheshyam why we say Shiv Parvati why don't we say Parvati Shiv?

There is always name of female before male like Siya Ram, Radheshyam then we say Shiv Parvati not Parvati Shiv.

I don't think that there are any such strict rules. As a proof, see the verse given below.

Note that here GirijA is a name of Goddess PArvati. So, seemingly there is no such rule like we should only say Shiva-PArvati and not PArvati-Shiva.

Shiva parvati are most beautiful eternal couples in all decades with complete family force Shivena parvati Shiva also parvati without parvati there is no shiva If u say only shiva, goddess parvati present in his body entire half or may full body If u say goddess parvati lord shiva present in her complete form Shiva parvati are not different they are one their couple bonding such a way that they cant leave without each other Without parvati their is no shiva nothing 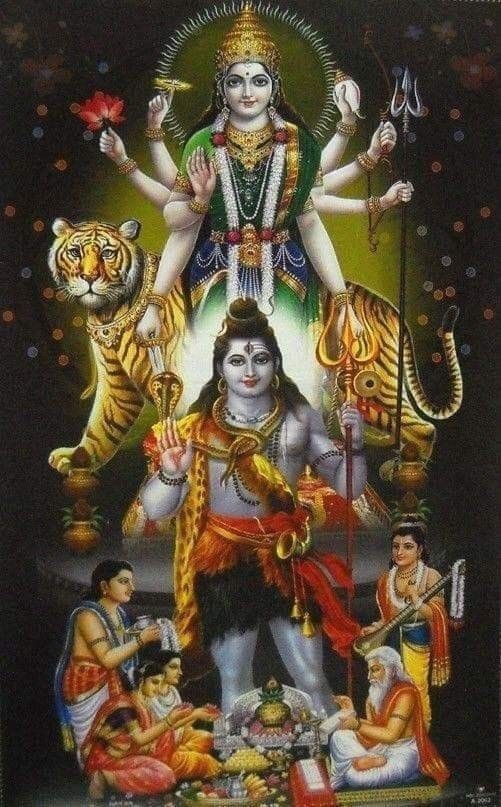 Not the answer you're looking for? Browse other questions tagged shiva name parvati .

2
Why "Radha-Krishna" and not "Krishna-Radha"
4
Why do Hindus say "Radhe Krishna"?

9
Wouldn't most of the incarnations of Devi be of Sati, not Parvati?
13
How did Tripura Sundari come into existence?
6
Why did Shiva cry and showed such grief when Sati died as he is a god and a god is free from all the Maya which is created by him?
5
Where is it mentioned about sister of Lord Shiva in religious texts?
5
Why sons of Lord Shiva & Devi Parvati are only worshipped?
4
Does Ganesha have two mothers?